These chewy pecan, cherry and chocolate filled vegan and gluten-free blondies are as irresistible as they are easy to make. 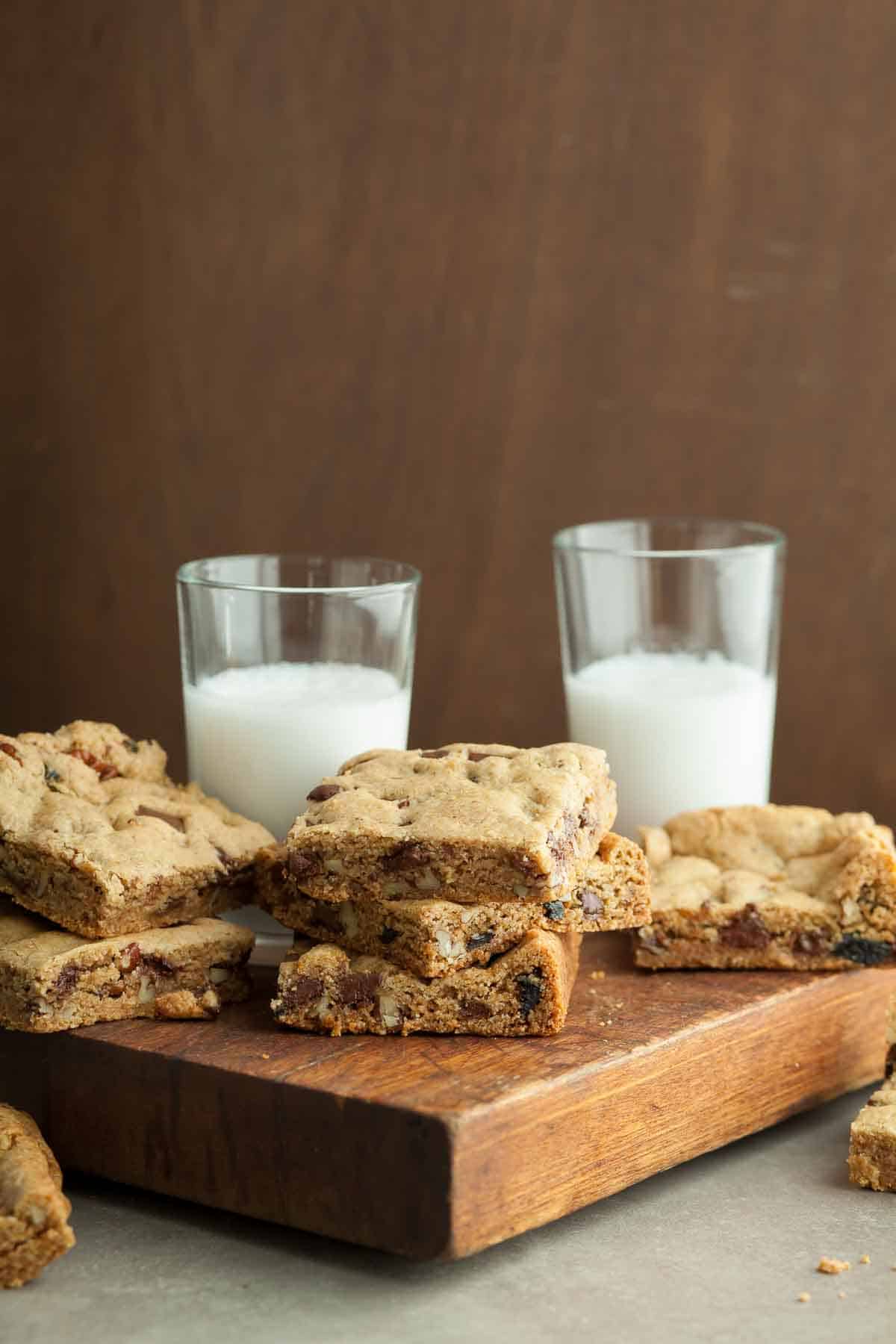 Do you have a signature dessert recipe?  A no-fail, go-to that you’re known for or something you make time and time again when you need a sweet treat?  If you don’t, then may I suggest these gluten-free blondies?  And if you do, perhaps I can persuade you to try something new?

Soft, chewy and loaded with nuts, dried fruit and chocolate, they’re a sweet treat that can be made in about 30 minutes. 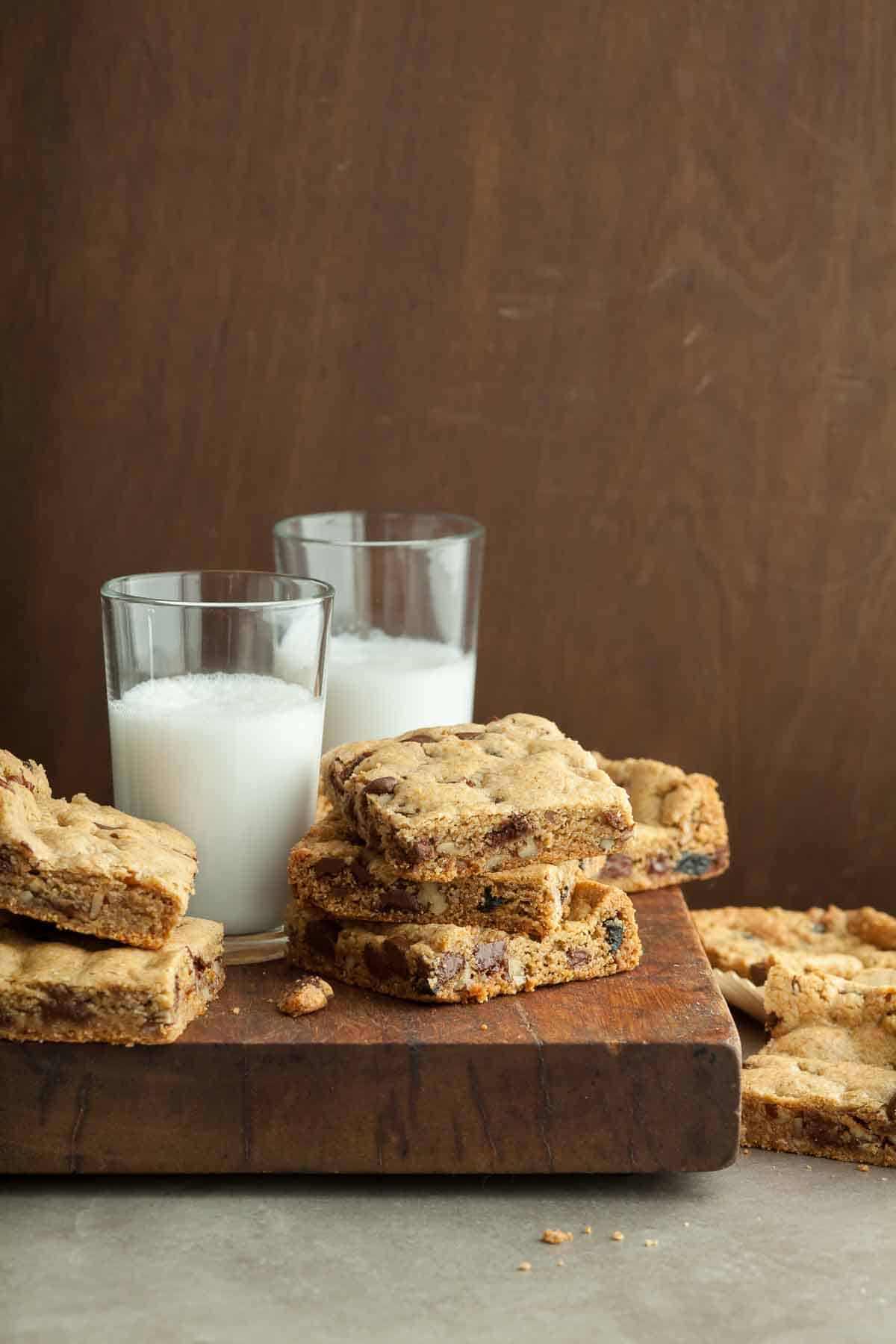 Part brownie, part cookie, blondies are uniquely delicious and one of the quickest and easiest desserts to make.  Much more than just a brownie without the chocolate, blondies have all the wonderful caramel and vanilla undertones of a chocolate chip cookie along with the rich chewy texture of a brownie.

They’re a crowd pleaser and a welcome addition to any occasion; add in a mix of tart dried cherries and toasted pecans along with chunks of dark chocolate and you have yourself a no-fuss dessert that’s big on flavor and perfect for the season.  It’s one of the simplest one-bowl, one-pan desserts you can whip up with just a few pantry ingredients. 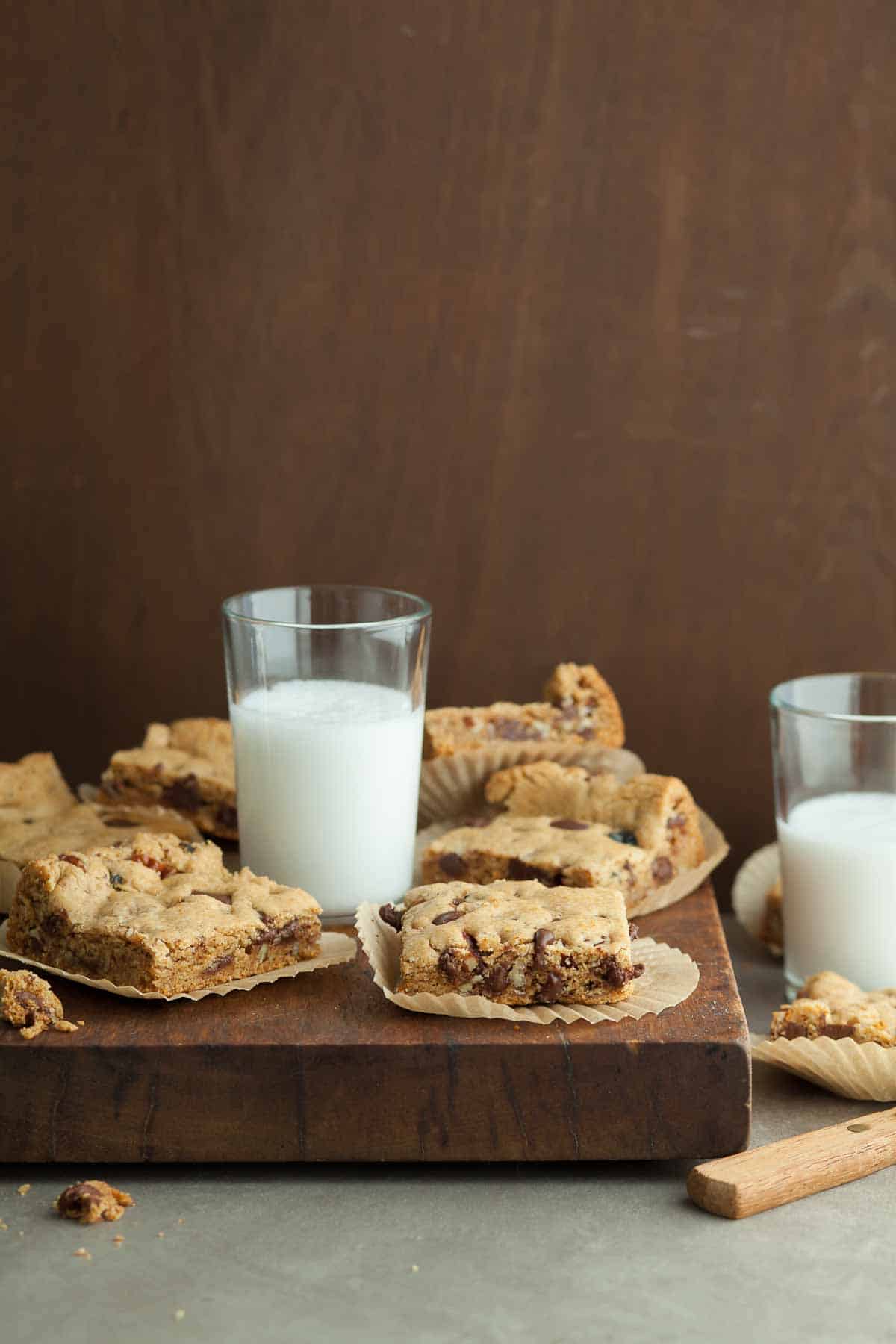 How to make gluten-free blondies:

The secret to these blondies is cashew butter which gives the bars structure without the need for eggs.  Coconut sugar provides the caramel notes and a good dose of vanilla and salt round out the typical blondie flavors.

All the wet ingredients are mixed by hand in a bowl until smooth, followed by the dry.  Next the mix-ins are gently stirred into the dough which is then pat into an 8-inch pan to bake.

I’ve used dried cherries and toasted pecans for a fall/holiday flavor but feel free to swap out your favorite dried fruit and nuts.  Just make sure to use lightly toasted nuts for the best flavor.

For the chewiest blondies with a fudgy center you’ll want to take them out of the oven when the edges are set but the center still looks a bit underdone as the blondies will continue to set up as they cool once out of the oven.  On the other hand if you prefer your blondies more like a cookie then bake them until the center is set.  The choice is yours.

After that all that’s left to do is to cool cut and enjoy!

More Blondies and Brownies to Try:

Swap out walnuts for pecans and cranberries or other dried fruit for the cherries if desired or just substitute an equal amount of chocolate for an all chocolate version.

Blondies keep well at room temperature in a an air-tight container for about a week.