A gluten-free and paleo version of the spicy, smoky and sweet red pepper and walnut dip called Muhammara. 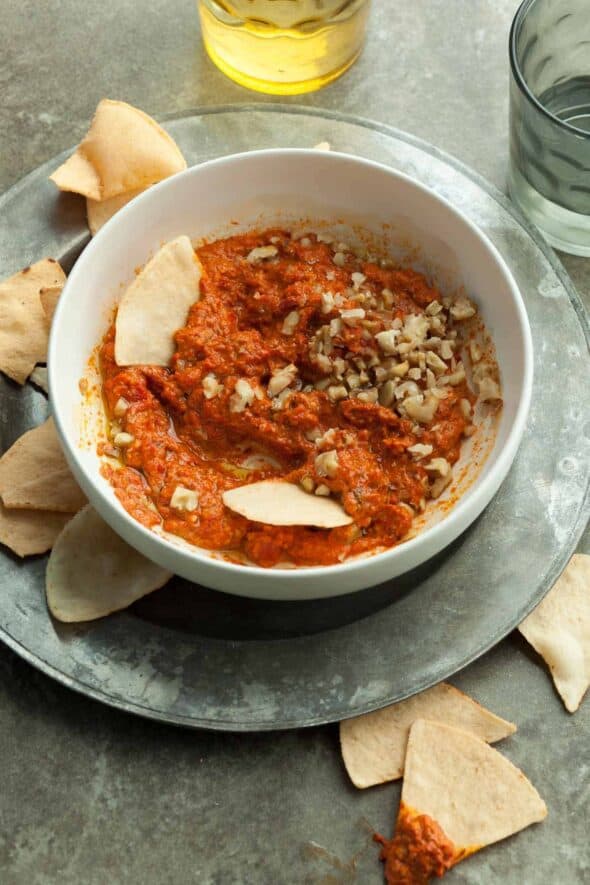 As I’ve mentioned before, I love a good dip.  Whether it’s spicy and green, smooth but fiery, or cooling and creamy I like to keep something dippable on hand and in the fridge most weeks.  With a batch of homemade dip ready in the fridge you have the makings of a near instant snack or appetizer, or the beginnings of a terrific sandwich or wrap. 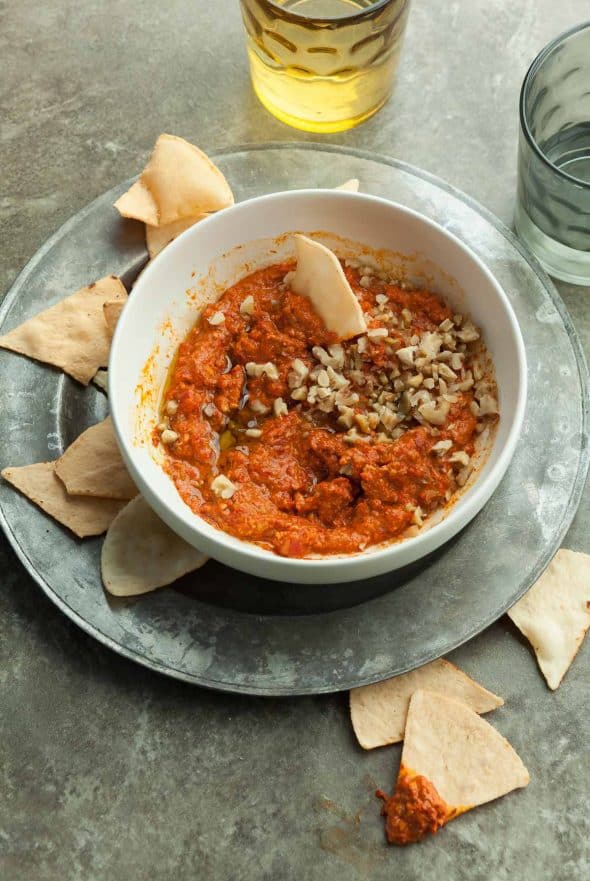 This dip is a nice change of pace from the usual suspects; it’s both brightly colored and flavored with a lovely coarse and loose rather than smooth texture.  It has a sweet, smoky flavor with a hit of spice that’s offset by a bit of tartness.  It’s the perfect way to start off a summer meal when peppers are plentiful at the markets.

You start by roasting sweet red peppers over an open flame.  If you happen to have the grill on, just toss them on alongside whatever you’re making and wait until they start to collapse and the skin chars and blackens all over.  If you’d rather not heat up the grill you can also throw them over a gas burner or under a hot broiler.  Once the peppers are done, they are set aside to steam and in their own heat while you toast and chop the walnuts. 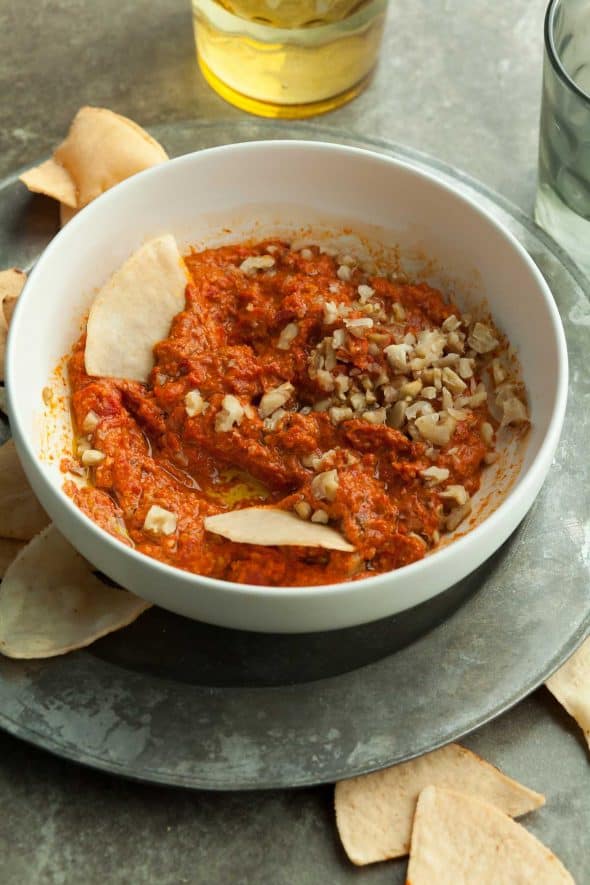 The roasted peppers are then coarsely chopped in the food processor along with garlic olive oil and a few spices. A mix of cayenne pepper, paprika and cumin stands in for the more traditional but hard to source Aleppo pepper and gives the dip an extra spicy and smoky depth of flavor.  Sweet/tart pomegranate molasses adds a lively note of acidity and brighten the whole dish while further highlighting the sweet and spicy flavors.

Part of the walnuts are quickly pulsed into the mixture to create a chunky rust colored dip with some heft while the rest are sprinkled across the top along with a generous glug of olive oil to finish the dish.  Serve it with some homemade pita chips or store bought grain-free chips and you have a simple make-ahead appetizer for any picnic or backyard barbecue you may be heading to.

A gluten-free and paleo version of the spicy, smoky and sweet red pepper and walnut dip called Muhammara.

RECOMMENDED ITEMS FOR THIS RECIPE