With a hint of warm spice, this traditional brunch cocktail is a twist on the classic mimosa.

There’s a palpable change of mood in the air already.  The lingering spirit of the holidays and anticipation of the New Year has everyone in a celebratory mood.

The promise of what’s to come in 2013 and what has passed in 2012 bears a good toast and glasses of champagne are a natural for the task.

Happy and bright on the tongue with its delicate bubbles, champagne makes any occasion more festive.  Truth be told, whether it’s welcoming in the New Year or just the start of the weekend I think a glass of champagne is always in order.

With a hint of warm spicy flavors, this champagne cocktail is a twist on the classic mimosa.  Allspice makes the difference and if you’ve got some hidden away in your cupboards dig it out now. 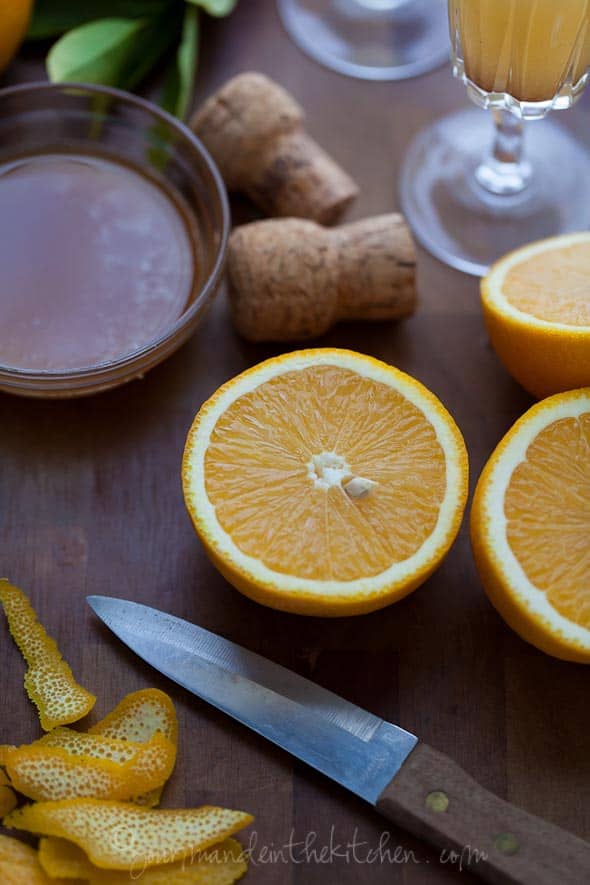 With a taste that resembles a complex blend of everything wintery like cinnamon, cloves, nutmeg and pepper, this underused gem lends a gentle spice to the classic brunch cocktail.

Sweet floral notes of orange blossom honey join the mix, to which a good dose of brandy or Grand Marnier is added, giving the fresh citrusy taste of the oranges a hint of warmth and caramel color.  It’s certainly stronger than your average mimosa, but bright and light at the same time. 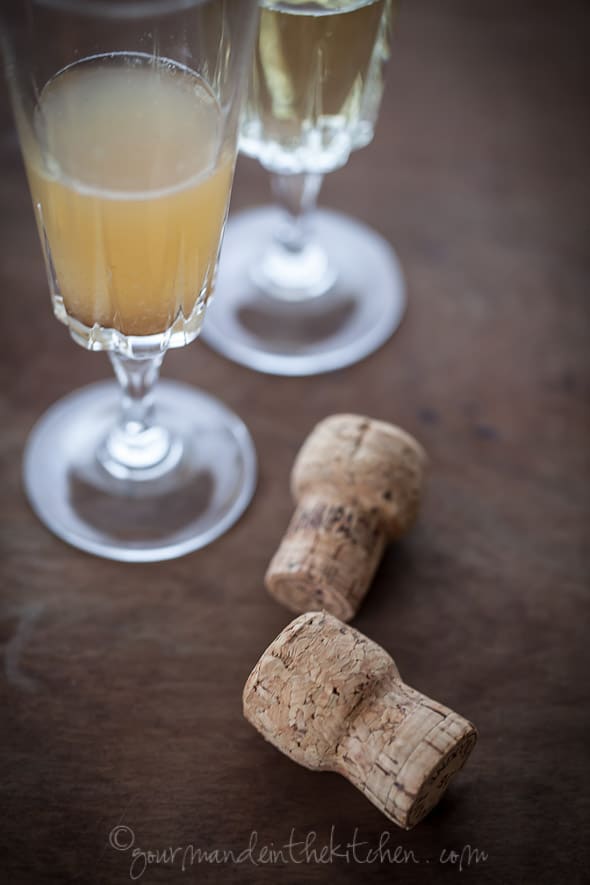 The inspiration for this cocktail was born in part out of the 2013 Flavor Forecast from McCormick, which paired together Black Rum, Charred Orange and Allspice to illustrate the flavor trend “no apologies necessary”.  The concept being the unabashed, sumptuous and aromatic spices and ingredients whose depth and richness of flavor are a culinary indulgence and escape from the ordinary. 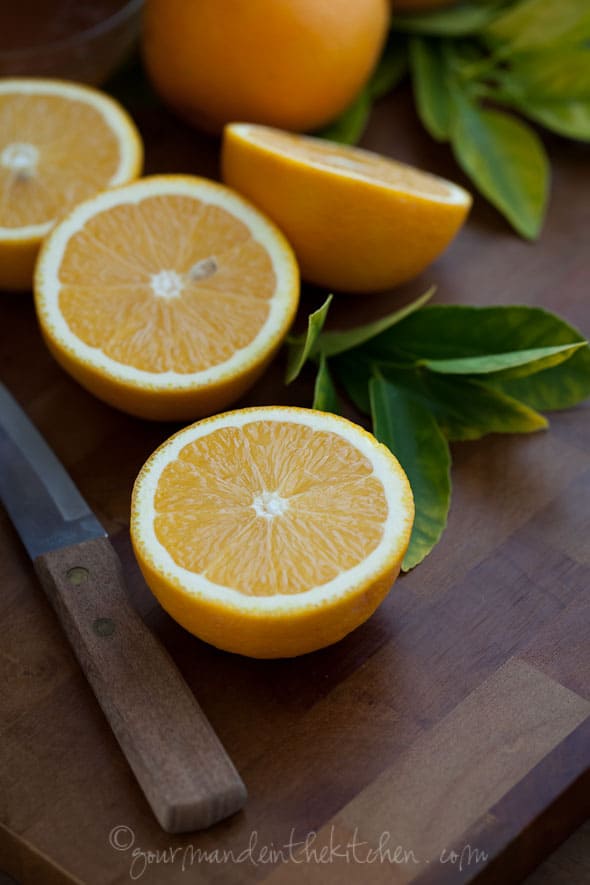 A fascinating collision of traditional and modern, homespun and global, the Flavor Forecast for 2013 unveiled the following flavor combinations to watch for in the New Year:

(I have partnered with McCormick to discuss the flavor trends for 2013 as part of  a promotion of their annual Flavor Forecast.  However the recipe and all opinions I have expressed are my own.)

For the Allspice syrup:

For the Mimosa (makes one serving)