Wrap your hands around a mug of warm milk and cinnamon for a cozy bedtime drink that comforts as it chases away the wintertime chill. 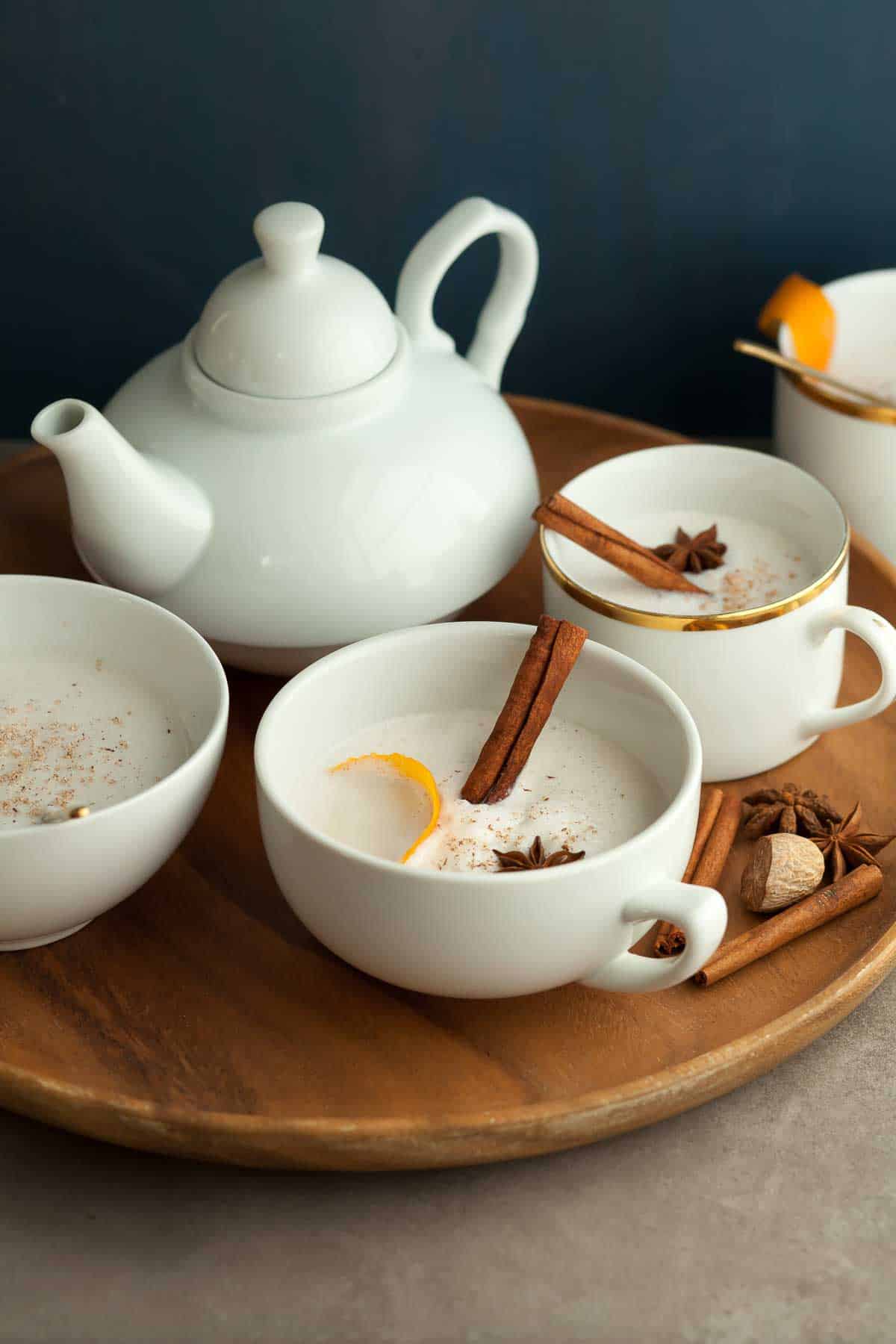 There’s nothing quite like a warm drink to soothe and comfort you as it wards off the winter chill.  You’ll often find me with my hands wrapped around a hot cup of tea or a cup of hot cocoa  to keep me toasty and warm from the inside out.  A mug of warm cinnamon milk at night is another favorite of mine this time of year, helping to settle and cajole me to sleep at night. 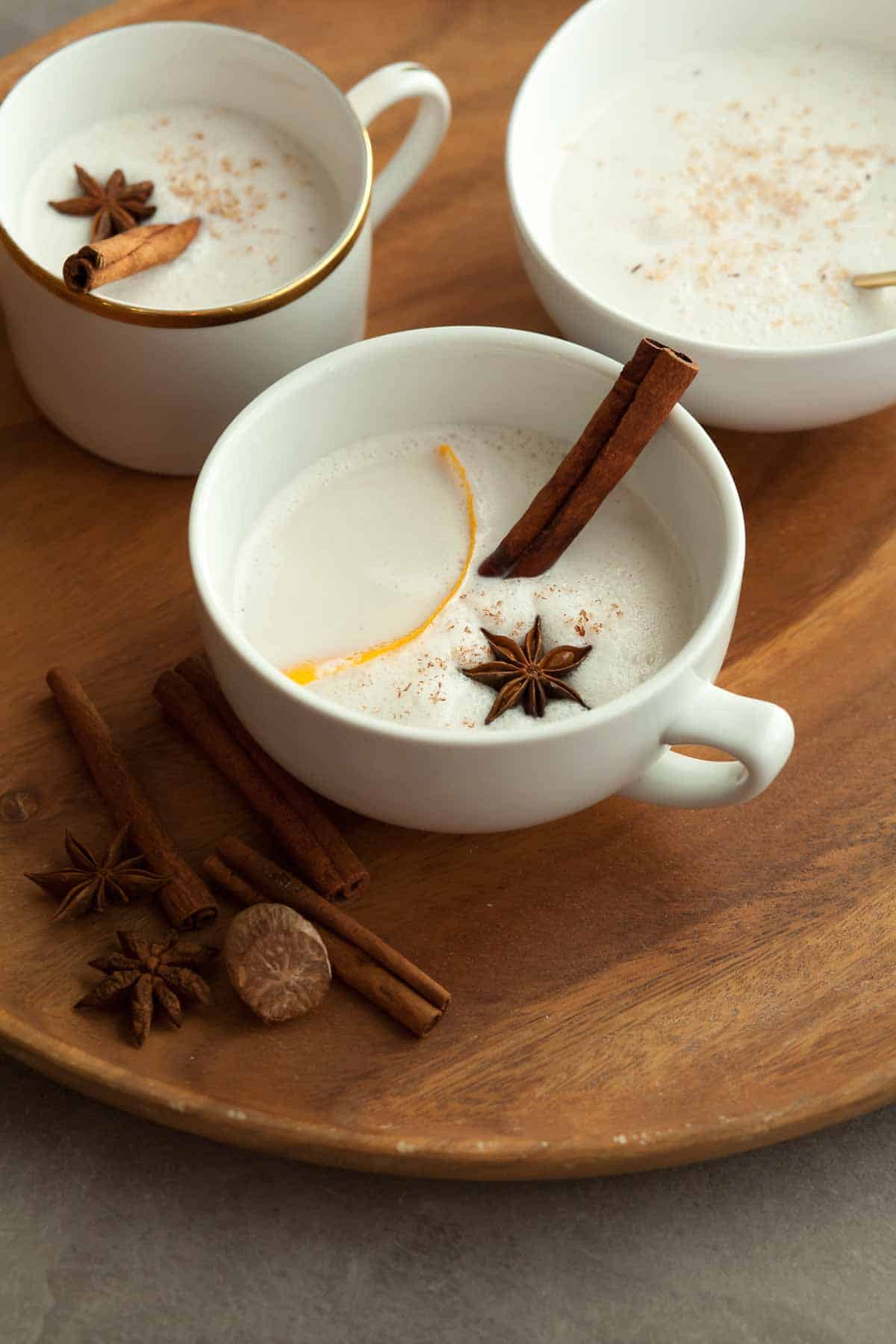 Warm milk has particularly soothing qualities that wraps you in a warm blanket before sending you off to dreamland.  I sip it slowly, my chilled fingers grasped tightly around a steaming mug of it before climbing into bed on particularly cold nights or when I need a little extra help dozing off.  While the milks I drink nowadays are the non-dairy kind, I still have a deep seated fidelity to the comforts that a steaming cup of hot milk of any kind can bring on a cold winter night.

My nightly cup of late consists of a mixture of coconut and cashew milk along with warming winter spices like cinnamon, star anise, nutmeg, vanilla and a hint of orange zest for brightness. Just as comforting as hot chocolate but better suited for bedtime since it’s entirely caffeine-free. Sometimes the most delightful comforts come out of the simplest of ingredients. 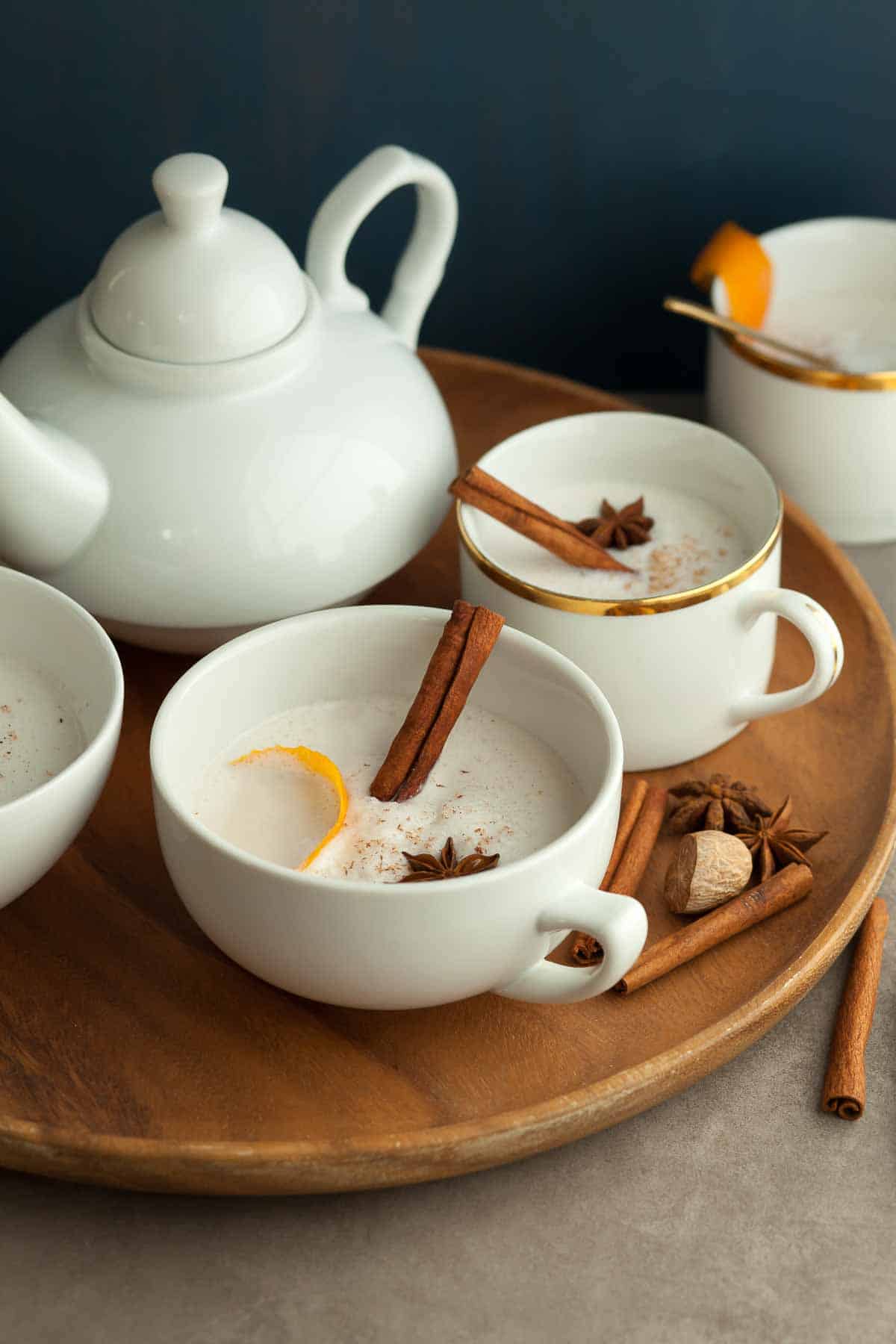 How to Make a Dairy-Free Warm Cinnamon Milk:

More winter drinks to keep you warm until spring:

Wrap your hands around a mug of hot milk for a cozy bedtime drink that comforts as it chases away the wintertime chill.

Store leftovers in the fridge and re-heat before serving.