French vegetable soup (also known as a potage) is a traditional vegetable filled soup popular throughout France that's both healthy and warming. 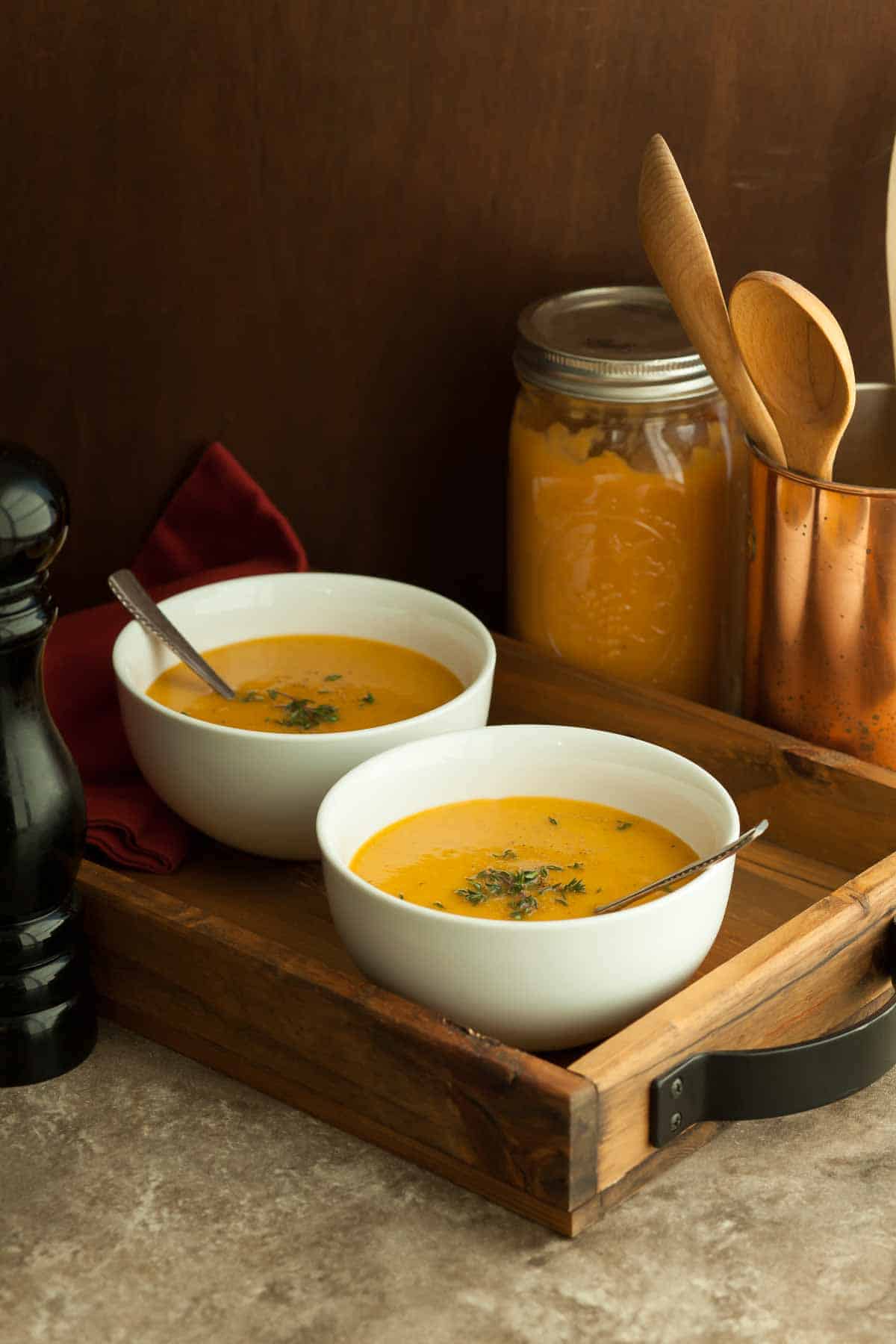 One of the most wonderful things about food is how it can bring you back to a certain feeling or moment, allowing you to re-live an experience: the people, the place, how you felt, all sparked by the act of making something to eat.  That’s what making this French vegetable soup does for me.

It’s the kind of soup my grandmother and great-grandmother often had simmering on the stove; a simple vegetable soup that can be found in most French homes and in every grocery store. 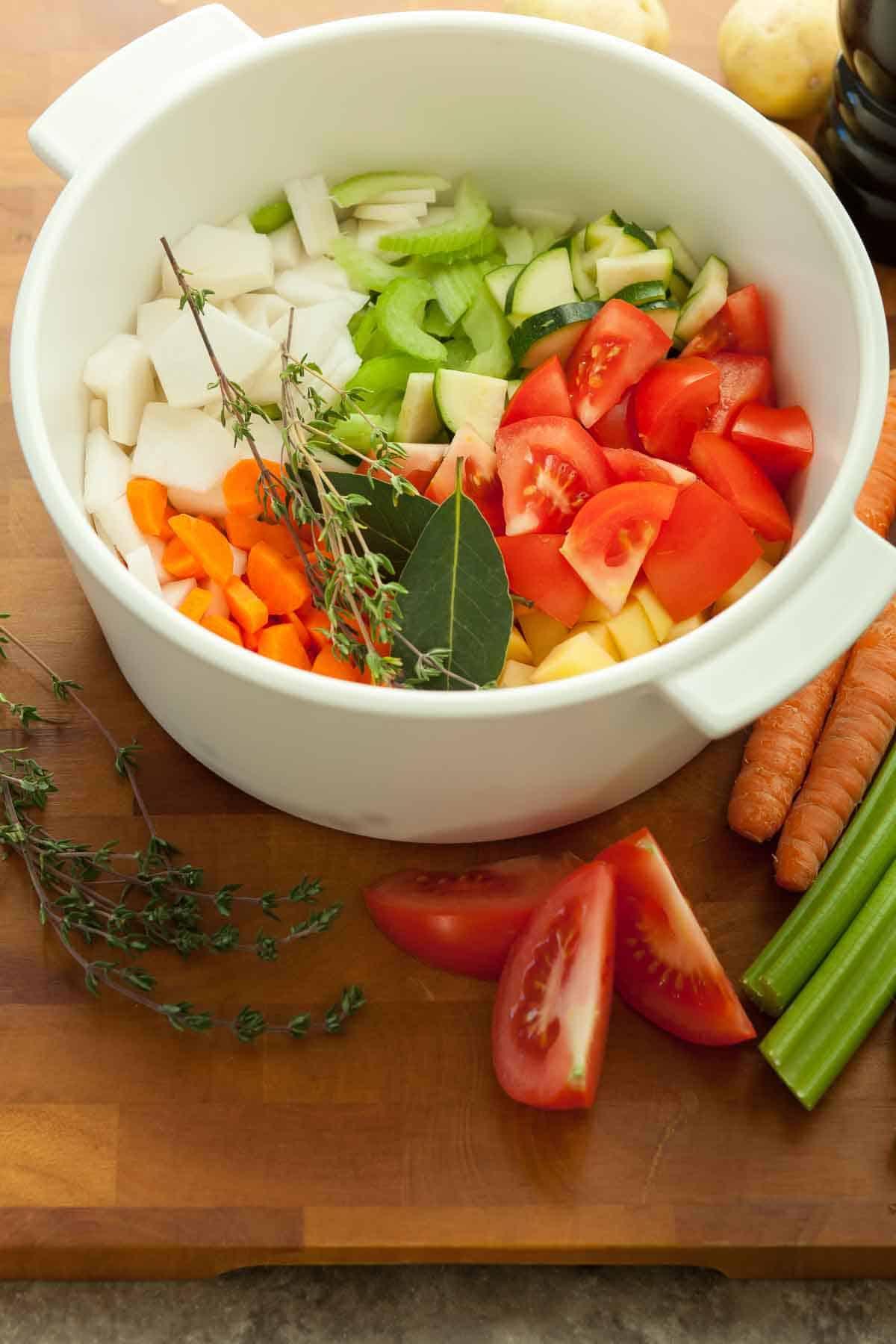 Often referred to as a vegetable potage or by the number of vegetables it contains such as a 7 vegetable soup (soupe aux 7 legumes), it’s a thick and velvety soup that’s cozy and comforting and a staple during the colder months.  The most common ingredients are a base of leeks, carrots, and potatoes to which celery, zucchini, turnips and tomatoes are added along with fresh herbs and garlic.

Please don’t underestimate the potential for the amazing depth of flavor this soup possesses by the relative simplicity of its ingredients.  No single vegetable dominates here, rather each works together in harmony with the others to create something greater than can possibly be anticipated.  The slow simmering of the vegetables together with a few seasonings in water, rather than broth, coalesces them into a soup every bit as delicious as more complex preparations. It’s a satisfying soup that is both healthy and comforting and one that everyone should know how to make at home themselves. 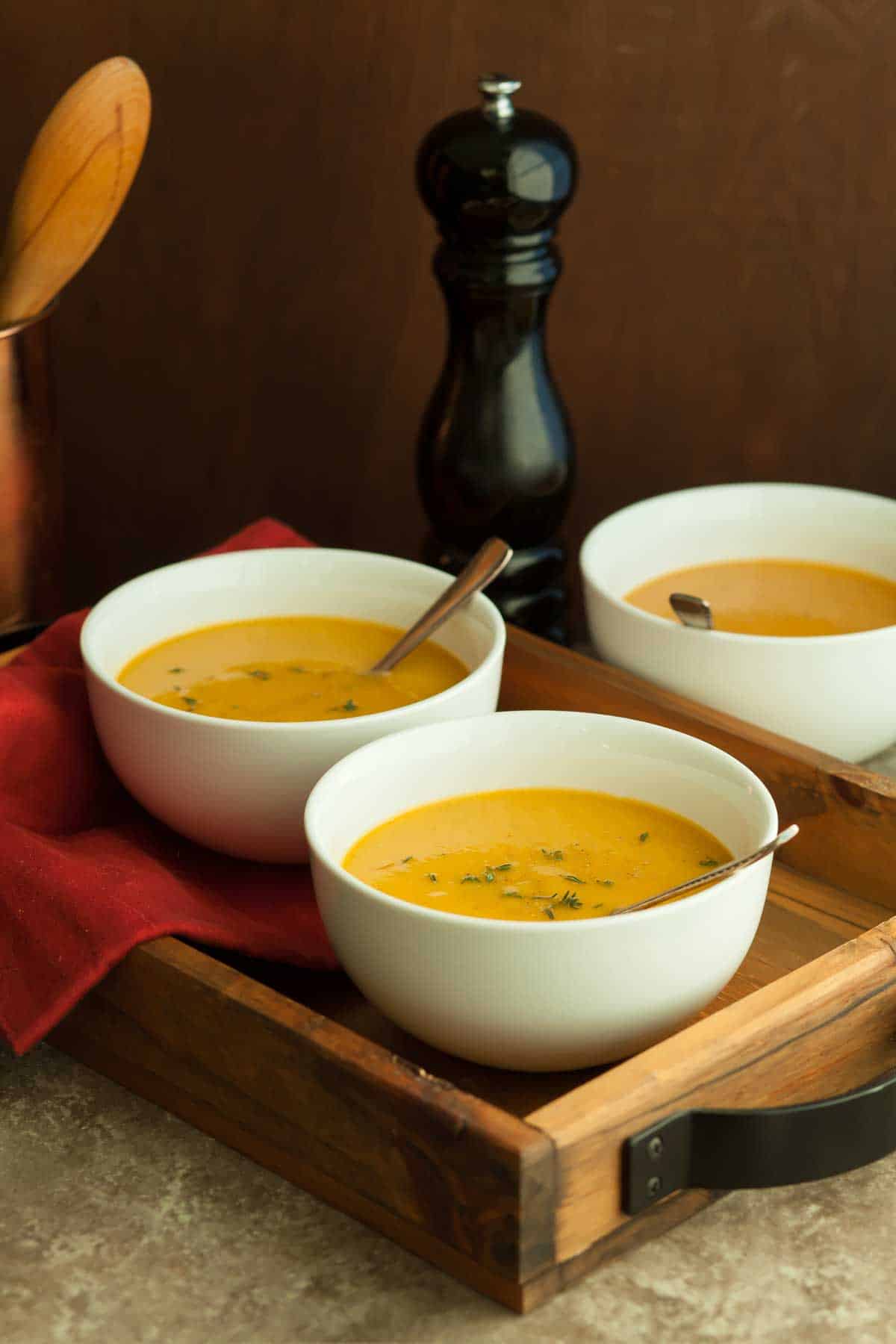 How to make French vegetable soup:

This recipe is an adapted version of the vegetable soup my grandmother and great-grandmother made many years ago.  Easy to make, even better the next day; this soup has an infinite number of possible variations as far as the vegetables are concerned.

As with most soups this one keeps well in the fridge for a few days, so you can make it ahead of time and reheat as needed.

More soups to warm up with:

The soup can be puréed in a blender or with a hand-held immersion blender.

Variations: Add or substitute any other winter vegetables such as parsnips, turnips or celery root to the soup as you please, always remembering to cover the vegetables with at least 2-inches of water.