Cozy up with a cup of simple, delicious and warming homemade cinnamon apple tea this season. 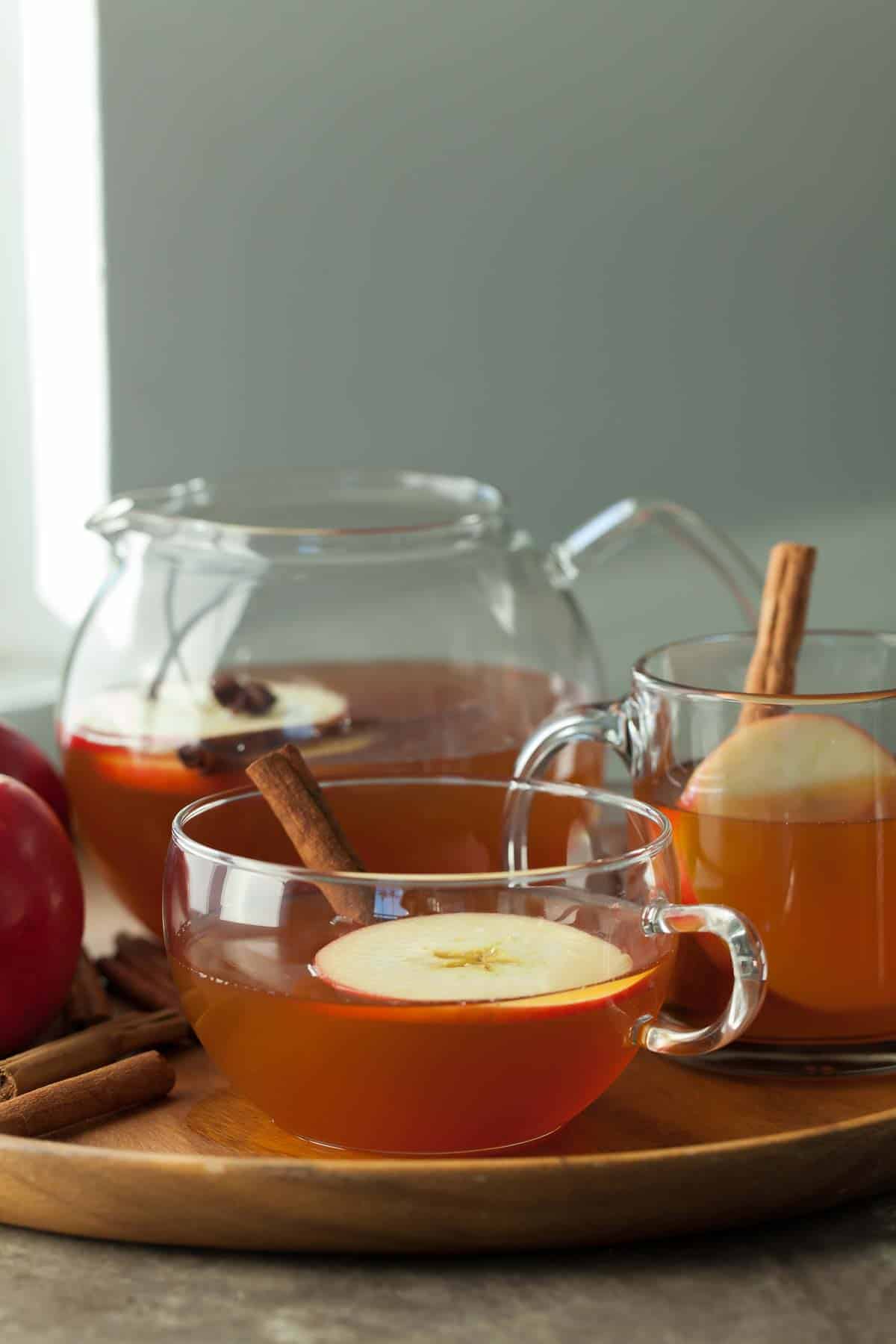 Tea is my drink of choice most days.  And while during the warmer months you can find me with a glass of iced tea or an iced tea latte , during the fall I need something warm and comforting in hand.  Something simple, yet soothing to snuggle up with like this cinnamon apple tea. Its rich taste and aroma is like the best of fall in a cup.

It’s sweet and spicy and a great way to chase away an autumn chill.  Best of all you need just a handful of ingredients to make it yourself. 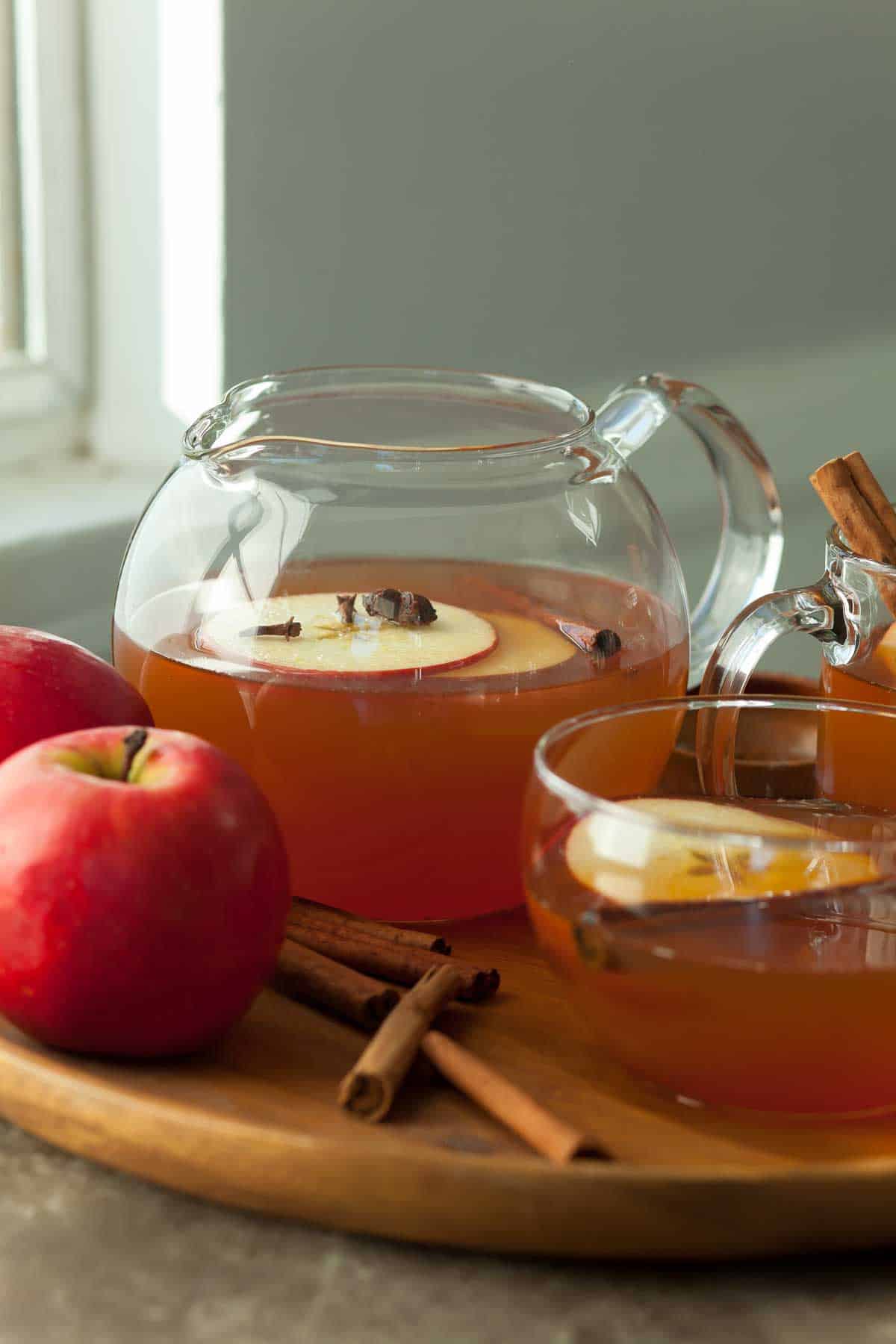 Making homemade flavored teas is one of my favorite ways to keep warm as the days get cooler.  Yes you could use a store-bought bag of apple cinnamon tea, but many are filled with questionable added flavors and are either overly spicy or lacking in real apple flavor.  Making your own homemade version is easy and notably tastier. 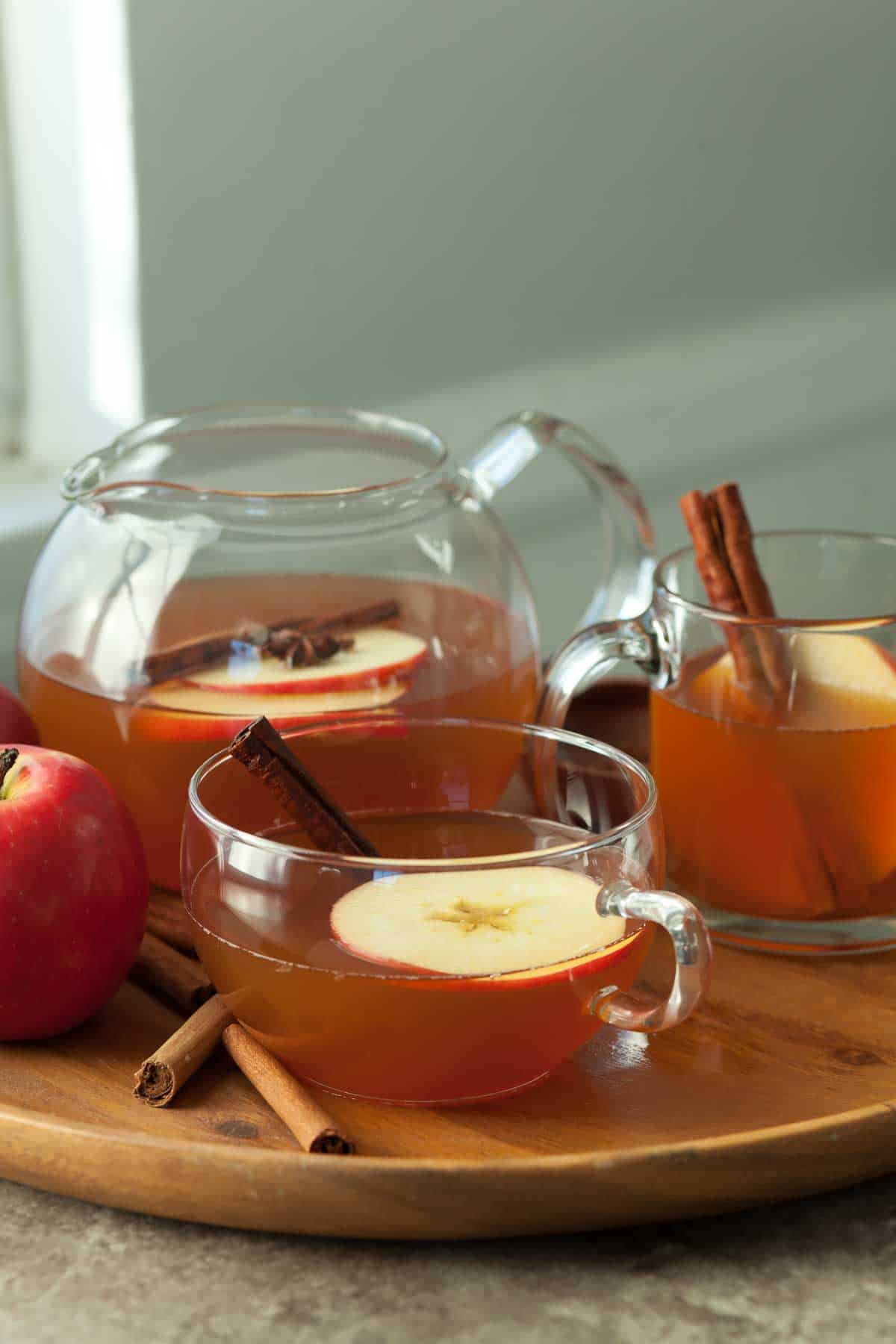 How to make cinnamon apple tea:

What you end up with is a big return on very little effort. The delicious smell wafts through the house like an autumn scented candle as it simmers.  The taste is warm and inviting, with hints of sweet/tart apples and warming cinnamon, cloves and star anise.  The smooth, mild taste of South African red rooibos tea is the perfect backdrop to the other more robust flavors.  I prefer it to black tea here as it lacks the bitter tannic taste of regular tea and is naturally caffeine-free, which means I can enjoy a cup any time of day, but feel free to substitute your favorite tea.

Cozy up with a cup of simple, delicious and warming homemade cinnamon apple tea this season.

The recipes you’ll find here on Gourmande in the Kitchen are fast and fresh with a focus on quality ingredients and minimal preparation. Head over to the Recipe Index where you’ll find hundreds of naturally gluten-free, grain-free, dairy-free, egg-free, refined sugar-free, paleo and vegan recipes to get started or click on one of the category buttons below.