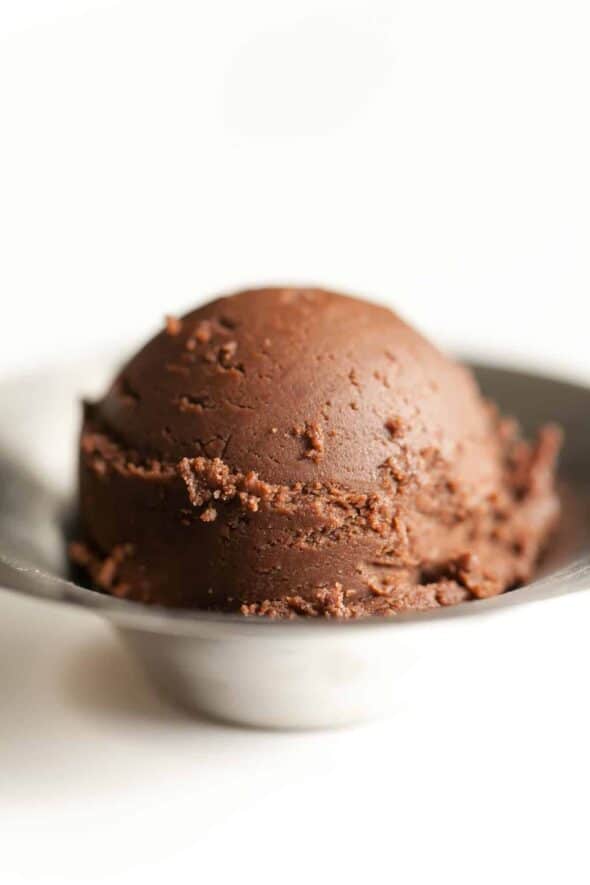 Sometimes a food will haunt me, and I can do nothing except think about it, talk about it, and dream about it until I have uncovered it’s secrets.

It all began with a few innocent ingredients; chocolate, milk and sugar.  I was longing for chocolate gelato; intense, luscious and rich.  The thought of a melting spoonful on my tongue, and I was a lost cause, enough so to send me into mad quest to capture the beguiling qualities of this dense and creamy Italian favorite. 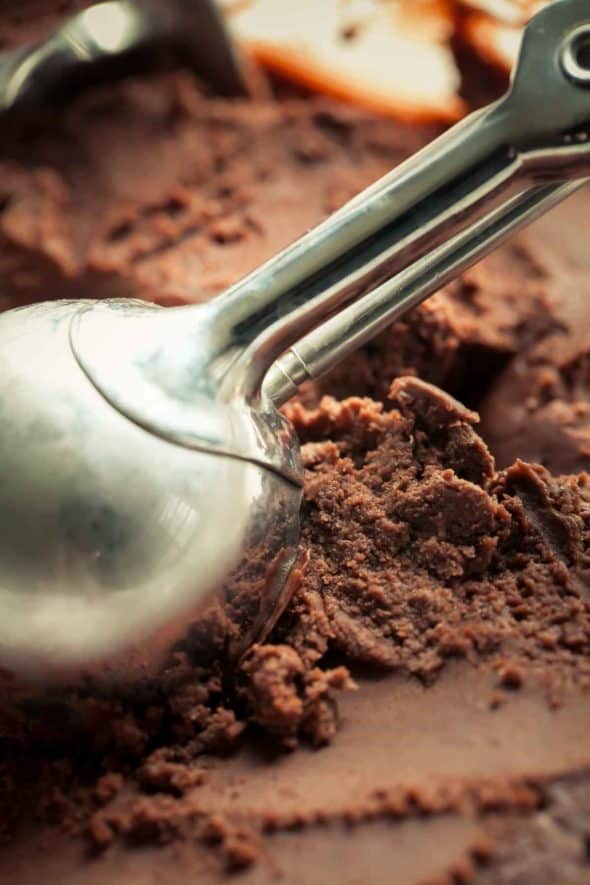 The Difference Between Gelato and Ice Cream:

Gelato is generally differentiated from ice cream by its creamy, supple texture and it’s intense flavor; like smooth cold fudge that slowly dissolves in the mouth. And despite its richness, it doesn’t coat your tongue the way premium ice creams do.

Both ice cream and gelato are emulsions of air, fat, sugar and water.  What makes one different from the other is often the proportion of these ingredients.

Homemade ice cream is often made with heavy cream and a large quantity of egg yolks to improve body and texture by inhibiting the formation of ice crystals as it’s churned, resulting in a creamy texture.  The high percentage of fat from the dairy however can coat the taste buds and dull perceptions of flavor, while the large amount of egg yolks can give an unwanted underlying eggy flavor to the custard.

Sicilian style gelato recipes on the other hand, contain neither cream nor egg and are made from a base of milk, sugar and cornstarch, resulting in a gelato that is lighter and more intensely flavored but that can sometimes be gummy and chalky from using cornstarch as a primary thickener. 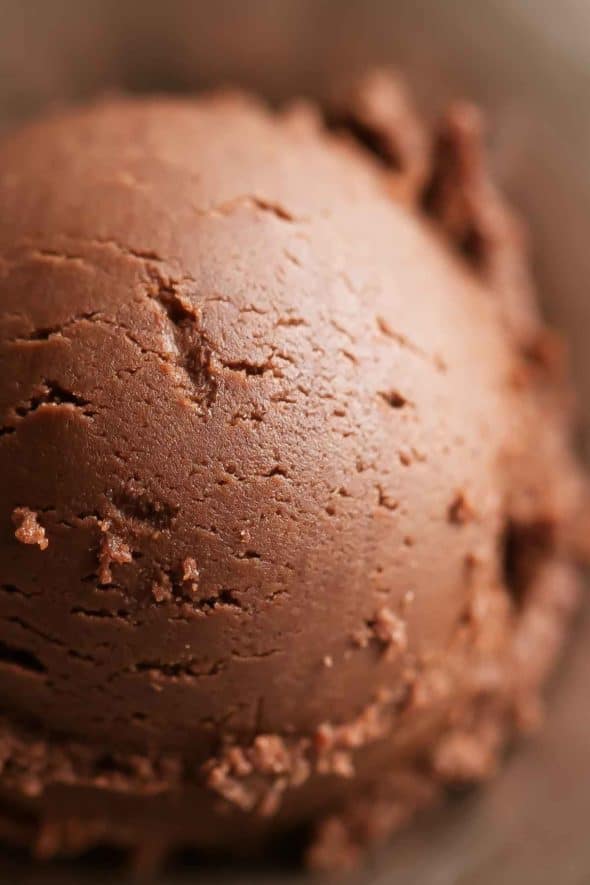 I wanted to create a homemade gelato that would be smooth and velvety with clean chocolate flavor.

Next was dairy:  I chose to use whole milk instead of heavy cream or a combination of heavy cream and milk to keep the percentage of fat down so as not to dull the flavor of the chocolate.

Lastly as a thickener, I used egg yolks in conjunction with cornstarch to mimic the luxurious mouth-feel of ice creams (without the coating that dulls your palate) and the dense texture of gelato.

The result: gelato success,  fudgy, velvety and bright with chocolate flavor; like bliss in spoonable form.

A smooth and velvety chocolate gelato with clean chocolate flavor.