This baked Spanish omelette based on the classic tortilla de patatas is made in the oven instead of the stovetop. 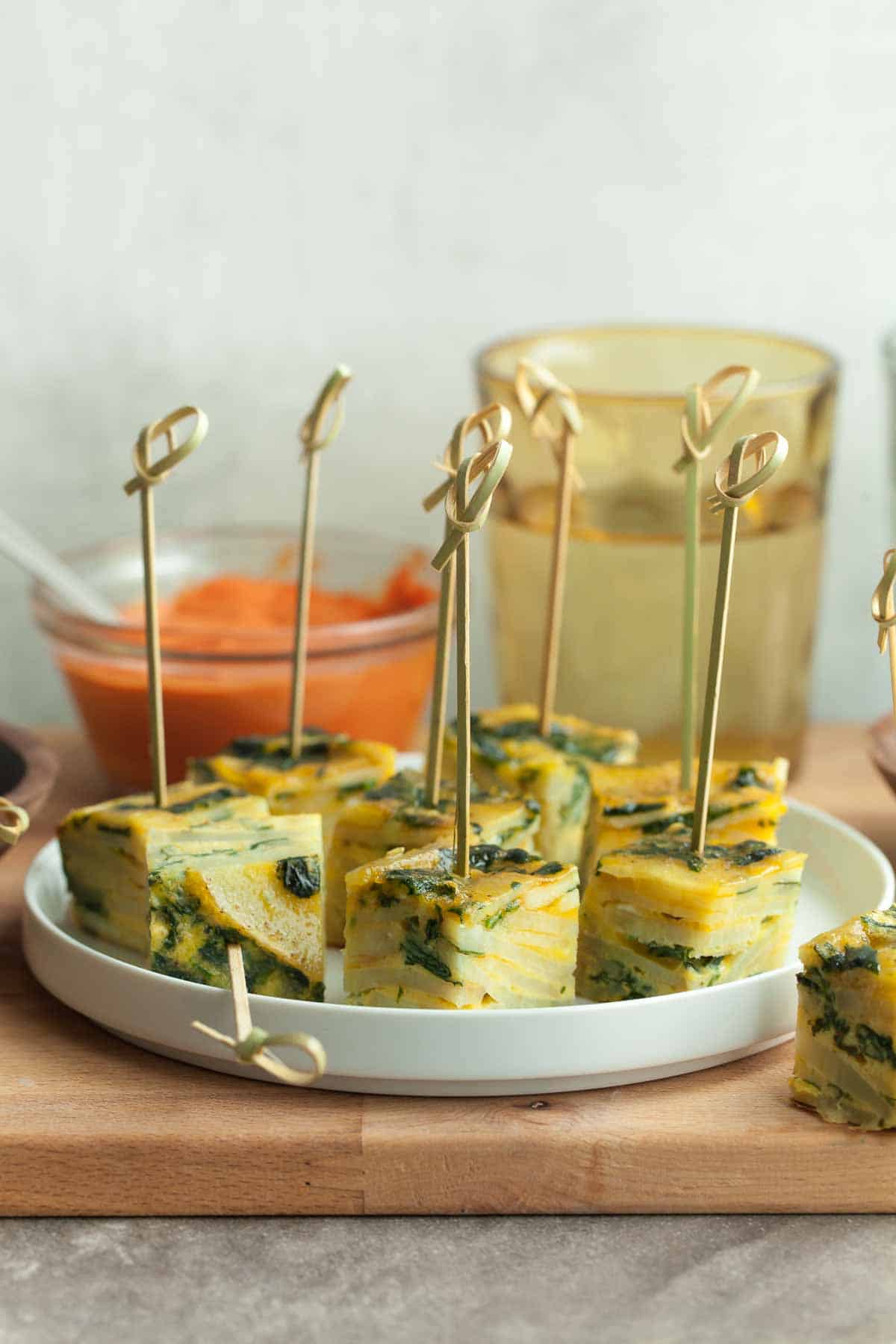 If you’re looking for a dish that’s equally delicious served for brunch, lunch, cocktails or dinner then a Spanish omelette (also known as a Spanish tortilla) is the answer. A Spanish omelette or “tortilla de patatas” is a simple yet satisfying potato filled omelette.  It’s hearty, rustic and suitable for any time of day, which is why it’s one of my favorite kinds of recipes to make.

Despite its name, this tortilla has nothing in common with what you’d use to wrap a burrito or make a quesadilla.  It’s an egg dish, a thick omelette, in the same vein as a Frittata that only requires a handful of ingredients and can be eaten warm, at room temperature or cold from the fridge the next day. 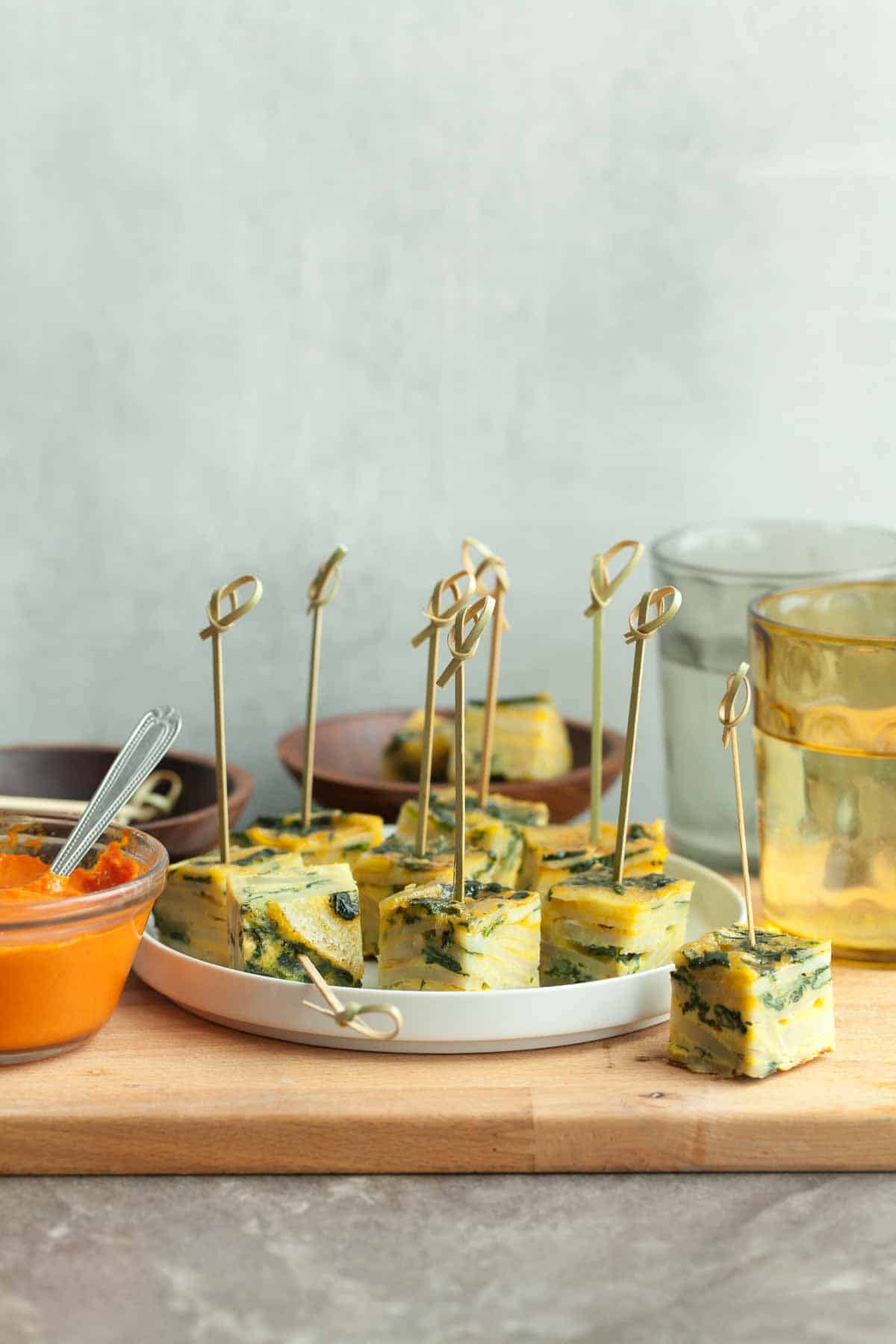 Most traditional Spanish tortilla recipes call for cooking thin slices of potatoes in copious amounts of oil and a dexterous flipping of the omelette on the stovetop between two pans.  My version is a bit easier since it's entirely baked in the oven. Instead of cooking the potatoes on the stovetop, you just slick them with olive oil, season them with salt and pop them in the oven until golden and tender.

What kind of potatoes do I need?

The potatoes I use are Japanese sweet potatoes, the kind that are purple on the outside and white on the inside.  They have a nutty flavor and drier starchier texture than orange sweet potatoes making them a good substitute for regular potatoes in this recipe but you can use regular creamy potatoes like Yukons if you'd prefer.

How to make a Spanish omelette:

And if by chance you have any leftovers, consider tucking a few into a lunchbox with a salad on the side the next day.

This Spanish omelette based on the classic tortilla de patatas is baked in the oven instead of the stovetop.

For the Red Pepper Sauce:

For the Spanish Tortilla:

For the Spanish Tortilla: