This fall-inspired, lightly spiced plum apple compote couldn’t be simpler to prepare.  Keep a jar in the fridge to serve with breakfast or dessert. 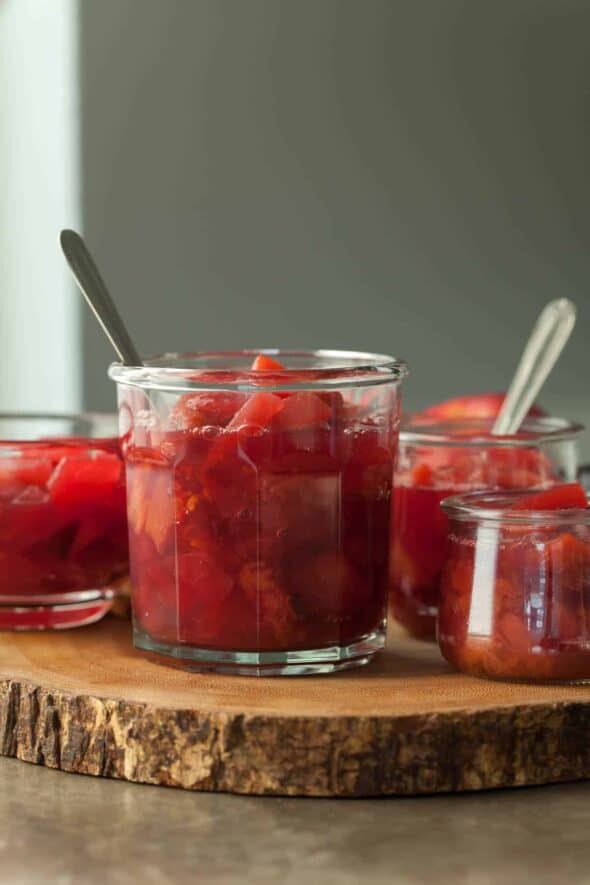 The shift from summer to fall has always been the hardest for me, more so than any other change in season during the year.  I hate to say goodbye to those long sun-filled summer days, yet the sun is already starting to set much earlier and the evenings cooling off more quickly than they did even a few short weeks ago. Luckily I still have plums.

In season from summer through early fall, plums ease us gently into the new season with their sweet/tart taste and multitude of colors.  They’re a taste of summer that lingers into fall, happily coinciding with apple season, which makes them perfect for turning into a fall-inspired plum apple compote. 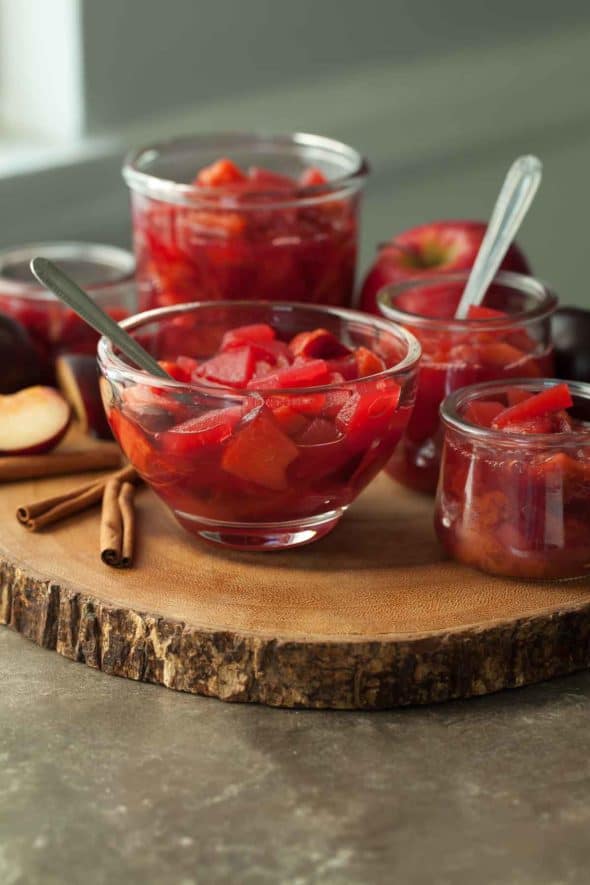 If you should find yourself with a large number of plums and apples, you might consider making compote.

While compote originally meant a dessert of fruit (usually whole or halved) cooked in sugar syrup, it’s over time come to mean a chunky fruit sauce that’s briefly cooked on the stove.  Not as sweet as jam and not as runny as syrup, but arguably more useful than both, it’s definitely a good thing to have a jar of in your fridge. 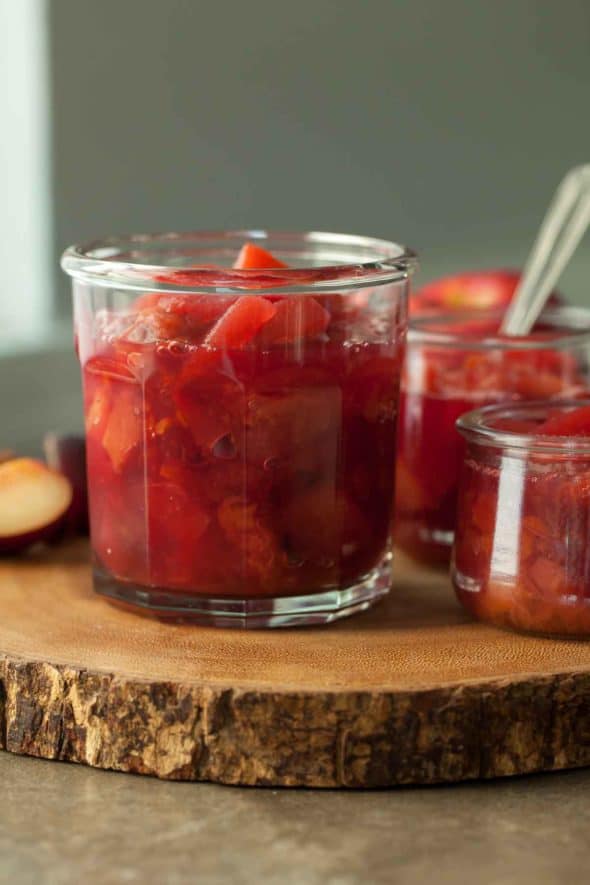 How to make plum apple compote:

In general, compote requires nothing but fruit, sweetener and a little liquid to cook it in but tossing a few spices in adds more interesting flavor. I’ve added fall favorites like maple and cinnamon to my plum apple compote to impart a warm and spicy flavor that’s perfect for this time of year.  The apples are peeled and sliced into bite sized pieces while the plums are left with their skins on which imparts a lovely rosy hue to the compote.

You simply toss everything into a pot, simmer stirring occasionally, and about 10-15 minutes later, your compote will be ready to serve.  It’s really that easy!

How to use compote:

Speaking of serving, you can serve compote either warm or chilled.  I like to spoon mine over ice cream, pancakes, waffles, or swirl it into yogurt, but I’m sure you’ll find lots of other ways to enjoy it as well.

This fall-inspired, lightly spiced plum apple compote couldn’t be simpler to prepare.  Keep a jar in the fridge to serve with breakfast or dessert.