This gluten-free pear clafoutis is simple, rustic French dessert that works for both breakfast and dessert. 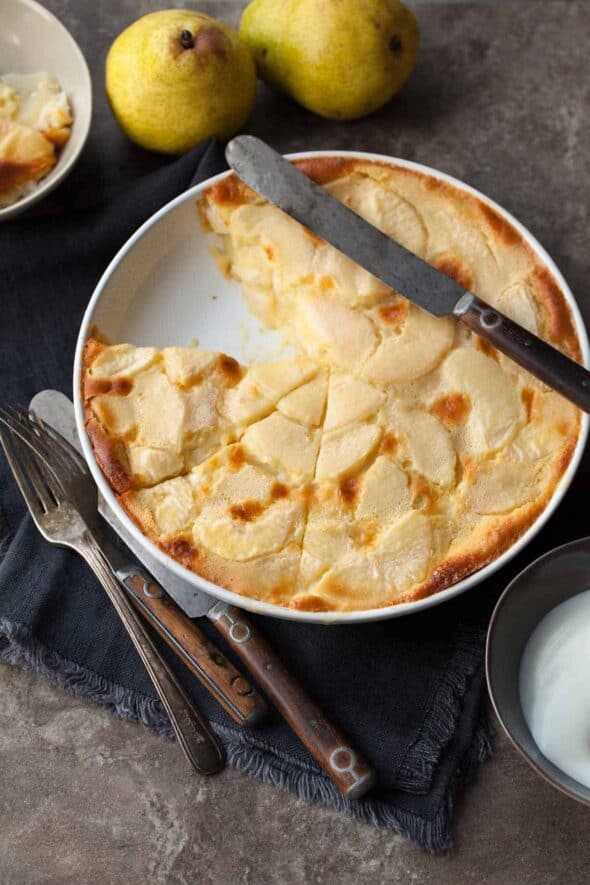 This past weekend I had a sudden yearning for clafoutis, the classic dessert that every French grandmother has in her repertoire.

Clafoutis is one of those rustic desserts that defies classification.  Imagine a cross between, a Dutch baby pancake, and a flan, studded with seasonal fruit.  The combination of warm juicy fruit in a silky baked custard base is a pretty irresistible one.  It’s a simple, unpretentious dessert, but one that’s guaranteed to please. 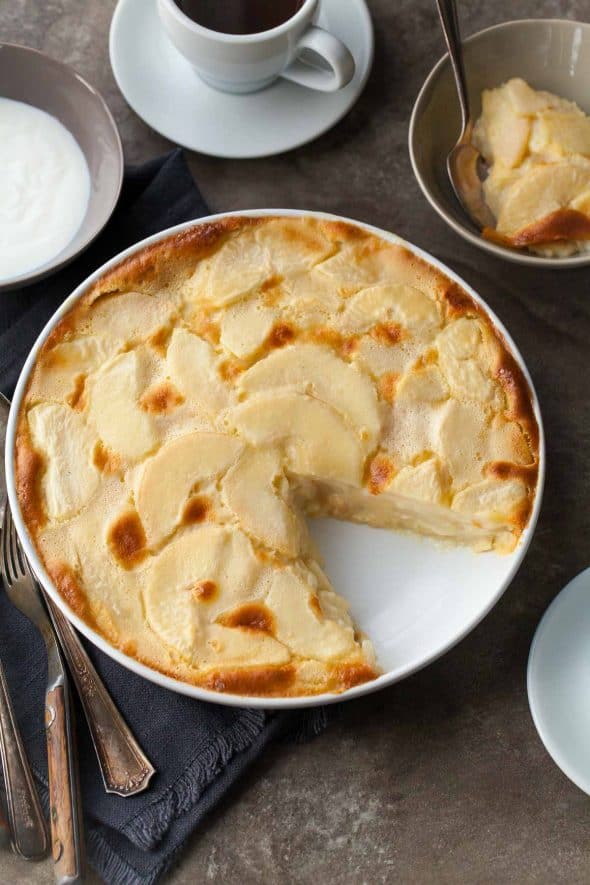 A classic throughout France, originally hailing from the Limousin region, clafoutis is thankfully also delightfully easy to make.  Like making pancakes, all you need are a few basic ingredients for the batter and some ripe fruit.

I’m using pears for this gluten-free pear clafoutis because they’re in season now and their delicate flavor pairs so nicely with the almond and vanilla flavored custard but you could also use the more traditional cherries (even frozen work fine, just thaw and drain them first.)

Now traditionally, versions made with anything other than cherries were referred to as flognarde instead of clafoutis (so you might still see that from time to time), but nowadays the term clafoutis has come to encompass all versions sweet and even savory so that’s what I’m calling mine. 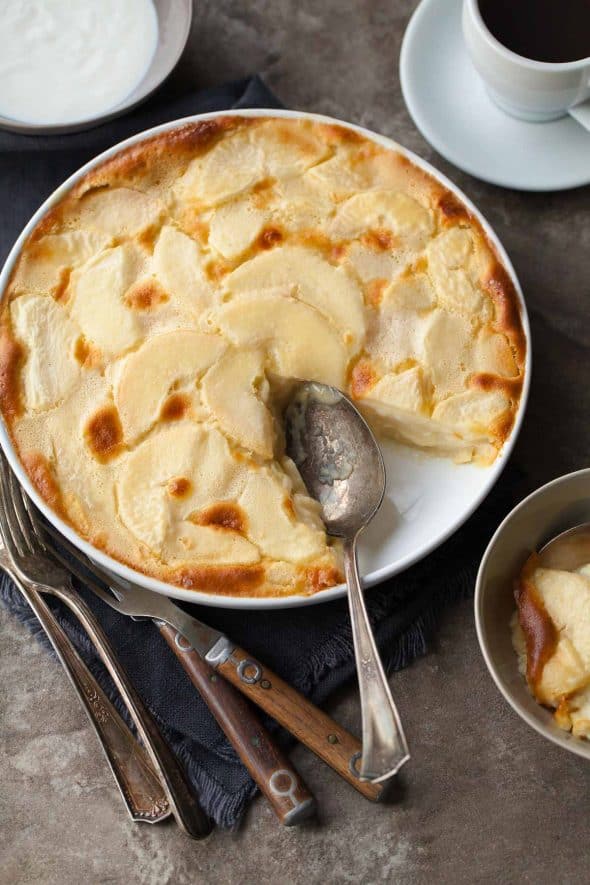 Whatever you choose to call it, the real joy of this charmingly rustic dessert is how simple it is to make, quickly whisk or blend together your batter, pour over a pile of thinly sliced pears and into the oven it all goes.

As it bakes it will puff and brown around the edges but remain soft and creamy on the inside. You can serve it warm from the oven for dessert, at room temperature for brunch or even cold from the fridge the next day for breakfast.

This gluten-free almond pear clafoutis is a simple, rustic French dessert that works for both breakfast and dessert.

(This post originally appeared on Dec 14, 2011 and has been updated along with both the photos and recipe.)