These easy to make paleo and vegan maple cashew fudge squares don’t require any candy thermometers or time on the stovetop. 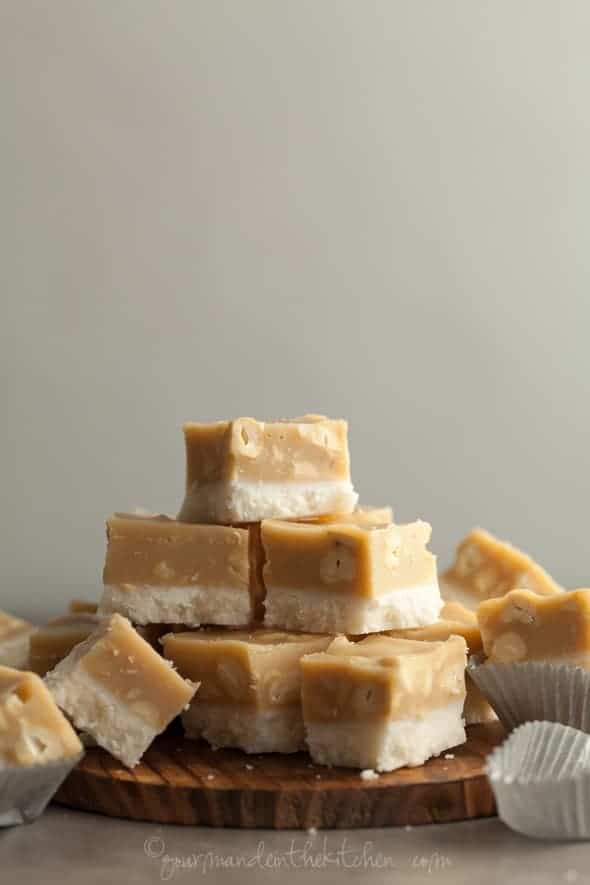 I considered waiting until closer to the holidays to share these maple cashew fudge squares with you, but they are too good to not start enjoying right now.  Plus they are ridiculously easy to make, and unlike traditional fudge don’t require any candy thermometers or time on the stovetop.

The squares have a great creamy texture that’s accented by chunks of cashews, a pinch of salt and the sweetness of real maple syrup. 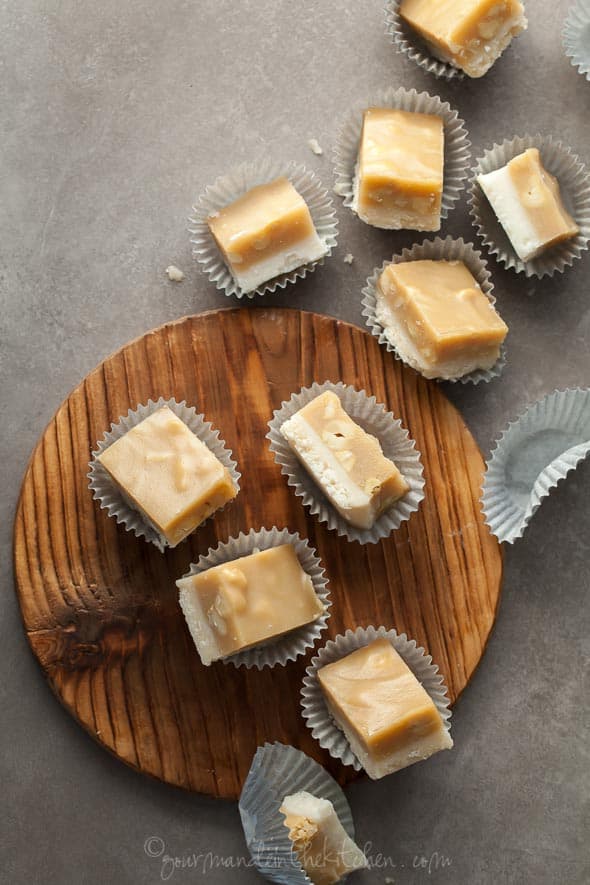 They have a lot going for them any time of year, but the maple flavor is particularly well suited for the holiday season.  They’re also the definition of unfussy, requiring only a slight bit of patience for them to set up.

Simply combine and stir, then pour the layers into a dish and freeze until firm. That’s all there is to it. You can stir up a batch in the morning in minutes for an afternoon or after dinner treat. 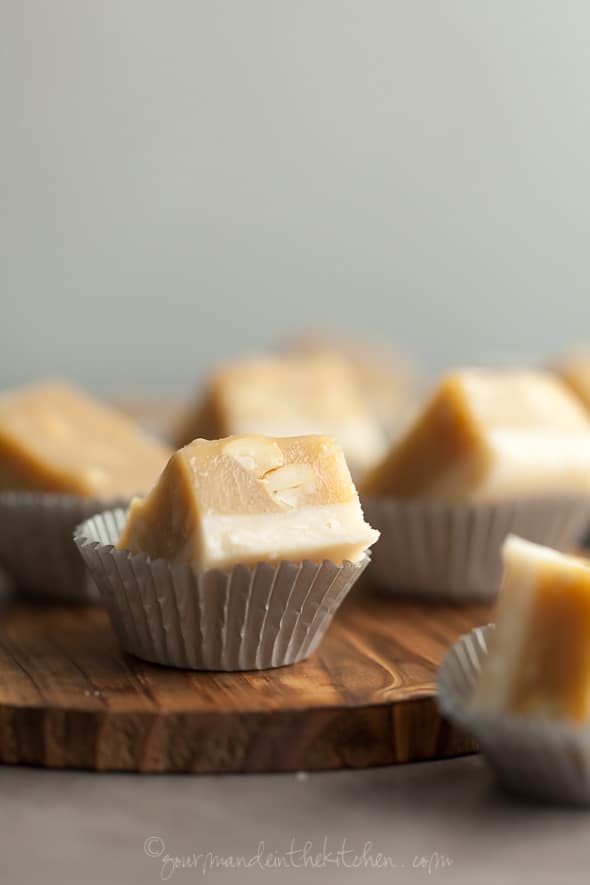 Did I mention that they melt in your mouth?  The soft and creamy maple cashew layer gives way to the firmer base filled with shreds of coconut.

Sweet, creamy and delicious, this is the kind of recipe you’ll want to have on hand for either everyday snacking or offering to guests.

These easy to make paleo and vegan maple cashew fudge squares don't require any candy thermometers or time on the stovetop.

For the Coconut Layer:
For the Cashew Layer: