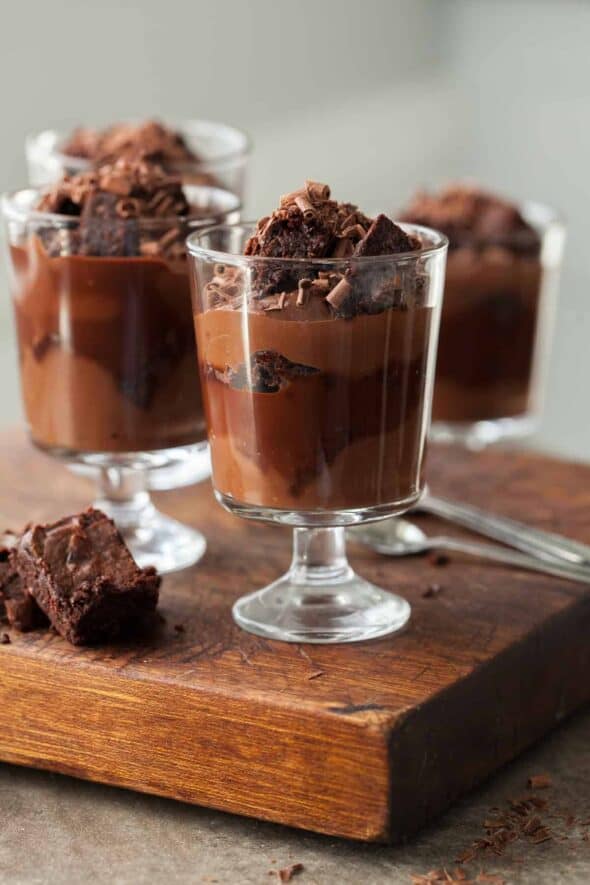 The thing about making brownies is that you usually don’t end up with very many left over afterwards, but if by chance you find yourself with an excess… these gluten-free brownie trifles are the answer.

Of course if I’m being honest I usually end up making an extra pan of brownies to make sure there are enough for both eating and trifle making because there’s really no good reason not to if I’m turning on the oven already. 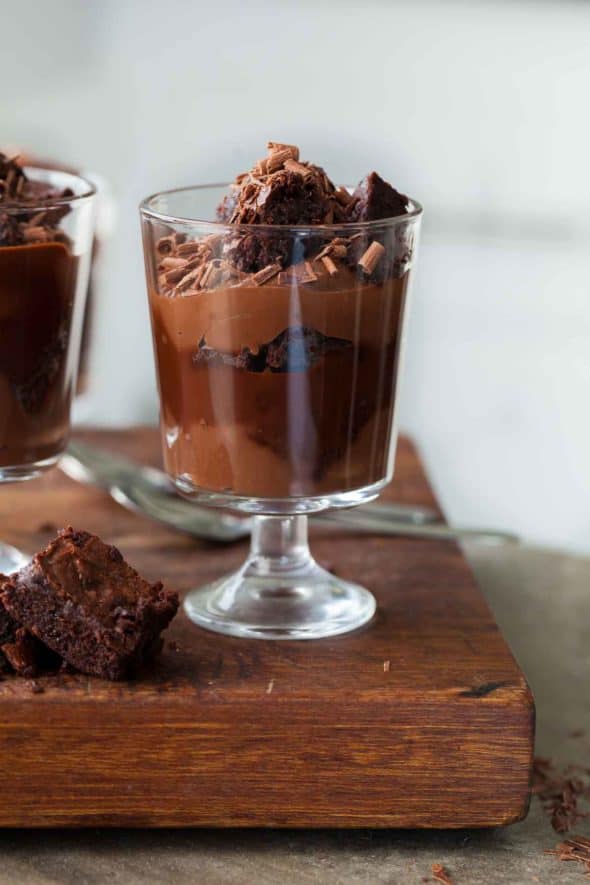 You’ll be relieved to know that as far as desserts go, this trifle is pretty easy to make.  A quick cooking pudding, a batch of these brownies and a super simple chocolate sauce is all you need.   It’s all the layers that make trifles both easy and impressive.

Trifles are the sort of dessert you can throw together at the last minute as well,  since you can prepare all the parts ahead of time and assemble when you’re ready. 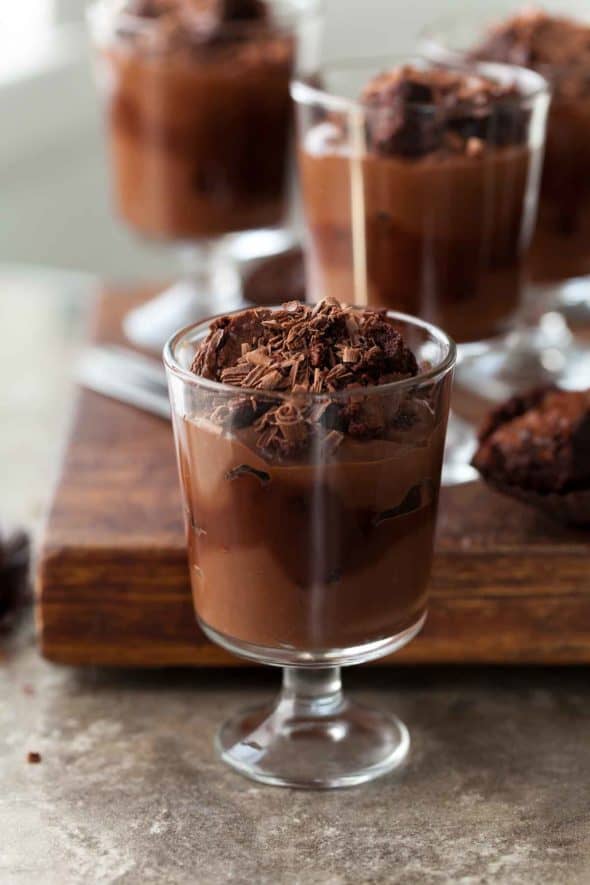 As for the pudding, it’s soft and creamy, not too sweet with just enough chocolate to complement the brownies but not compete with them.  You whisk it together in a matter of minutes on the stovetop then stash it away in the fridge until you need it.  It has a satiny texture that’s pretty heavenly on its own but even better when layered with chunks of rich fudgy brownies.

Now for the brownies, you can just make these triple chocolate brownies as is or add an extra egg to the batter for a richer resulting brownie that’s less fudgy and more truffle-like if you prefer.

Silky, fudgy and rich with layer upon layer of chocolate, this gluten-free brownie trifle is pretty much everything a chocolate lover like me could ask for in a dessert.  Enjoy!

For the Chocolate Pudding:

For the Chocolate Sauce:

For the Brownie Trifles:

The recipes you’ll find here on Gourmande in the Kitchen are fast and fresh with a focus on quality ingredients and minimal preparation. Head over to the Recipe Index where you’ll find hundreds of naturally gluten-free, grain-free, dairy-free, egg-free, refined sugar-free, paleo and vegan recipes to get started or click on one of the category buttons below.