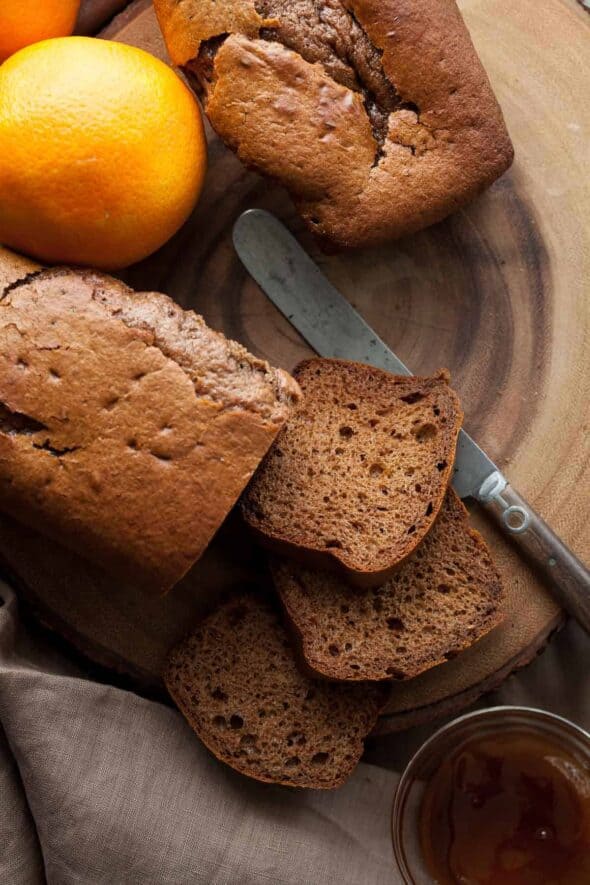 One of my very favorite quick breads to make around the holidays is pain d’épices.

It’s a classic this time of year due to its aromatic blend of seasonal spices like cinnamon, nutmeg, ginger, and cloves but this fragrant honey spice loaf is well suited for the holidays and beyond.

Pain d’epices is somewhat like France’s version of gingerbread, although more delicately spiced and with undertones of honey instead of molasses.  Bakery windows are often lined with neatly wrapped loaves ready for gifting all year-long.

It’s a hearty loaf that whose distinctive flavor improves with an overnight rest, as the flavors of honey and spice mingle and meld together. 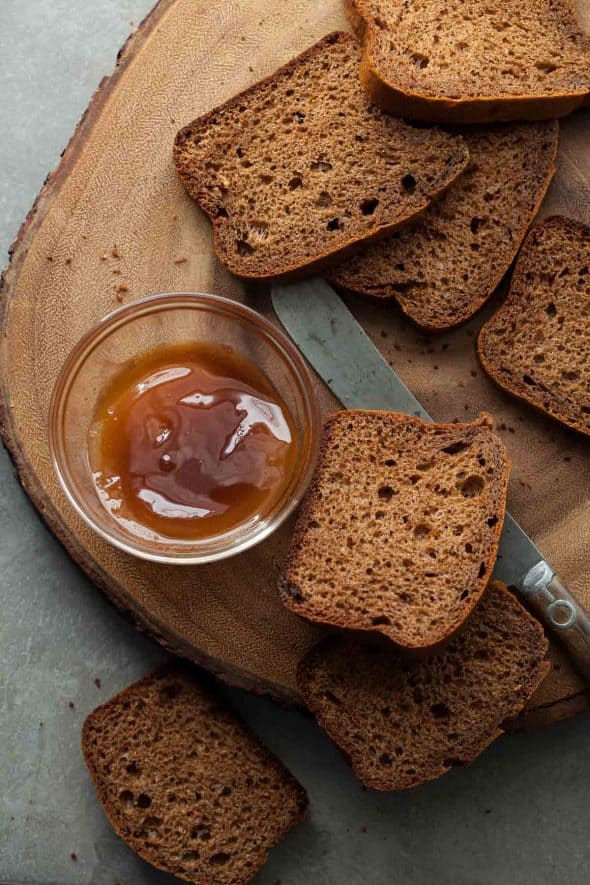 My version uses a blend of cashew and almond butter instead of flour to which a melody of spices are added.  There’s cinnamon, nutmeg, ginger, cloves and a hint of black pepper for heat.  Orange zest and orange blossom honey give the bread an almost floral note, and anise a mild licorice-like sweetness.

It makes for a terrific afternoon snack with a cup to tea or lightly toasted in the morning for breakfast.  I like to eat mine with a spoonful of cherry preserves or drizzled with extra honey.  The recipe makes two small loaves, one for giving and one for eating.

NOTE: The loaves can be stored in an airtight container at room temperature for 5 days.