These daikon radish noodles topped with red cabbage and spinach slaw and dressed with a sesame mustard dressing are irresistibly crunchy. 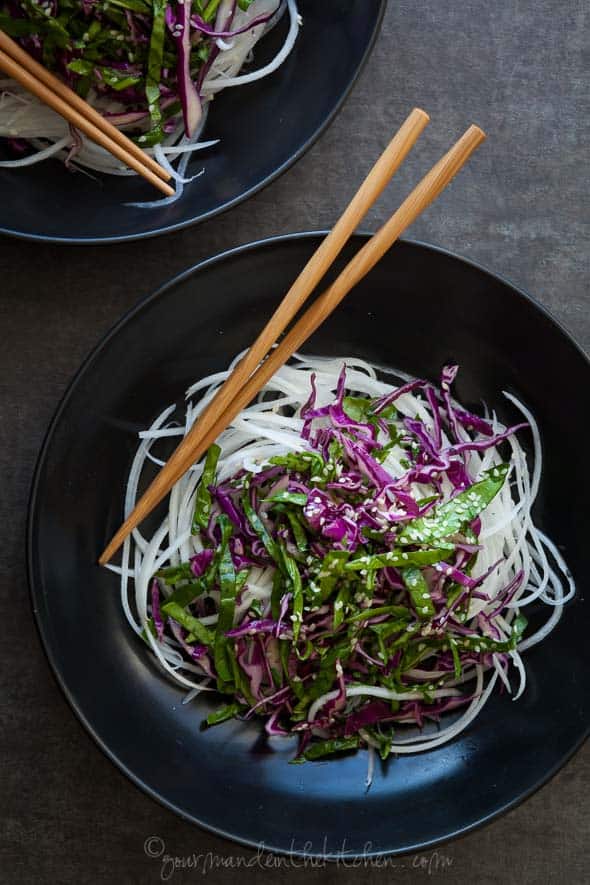 This noodle salad is all about the crisp and crunch of the shredded slaw, the cool slipperiness of the daikon radish noodles and the punch of heat from the sesame mustard dressing.

I particularly like the combination of cabbage, spinach and daikon together because it’s light but substantial enough to be filling. Each bite packs a bold punch of textures and flavors that’s complimented by the nuttiness of two kinds of sesame seeds and the zip of spicy mustard. 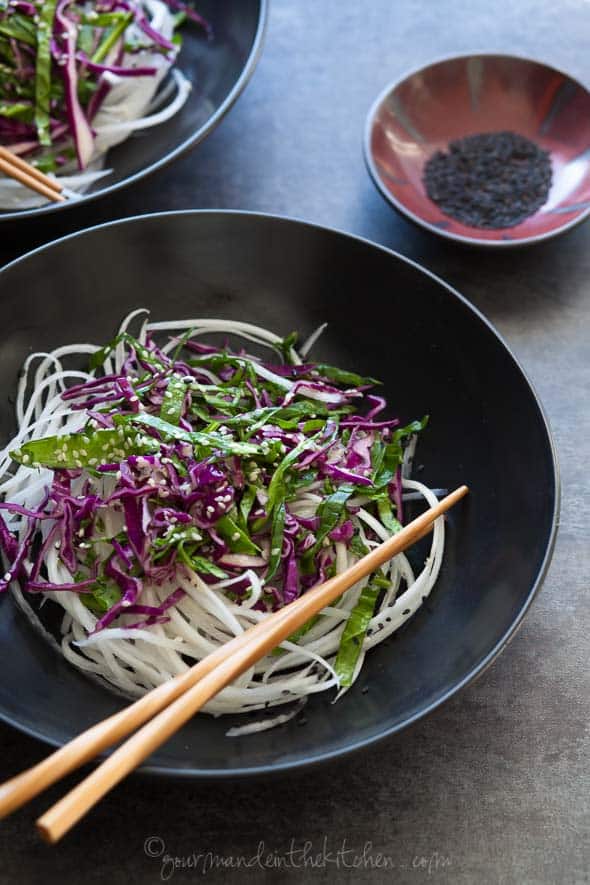 Super versatile daikon radish stands in for traditional noodles here and offers a mild counterpart to the more assertive flavors of the red cabbage and spinach.

The red cabbage thinly sliced is all about the crunch. Ribbons of julienned spinach add color while black and white sesame seeds bring out the flavors of the slaw and bring a subtle nuttiness to the dish. Tossed in a sesame mustard dressing the whole thing sings of freshness and crunch. 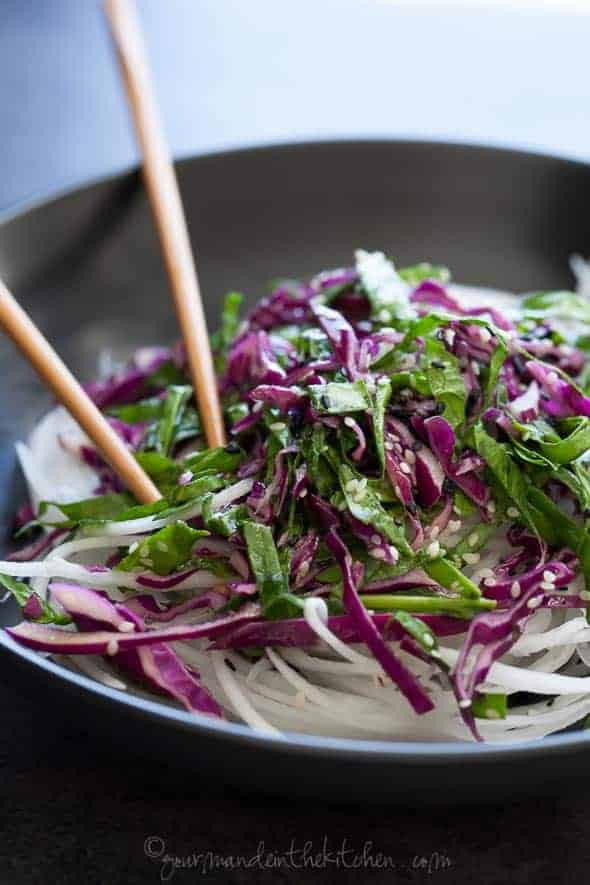 All that’s needed is a little prep time slicing and making noodles from the daikon with a julienne peeler and the rest is simply a matter of assembly.  If you’re in a hurry the dressing, slaw and noodles can all be prepared ahead of time and assembled when you’re ready to eat.  And this is the kind of salad that benefits from being dressed a little ahead of time, so it’s perfect for packing for lunches or picnics.

I can’t think of a better way to break up the monotony of winter meals than with a big colorful, crunchy bowl of these noodles!

These daikon radish noodles topped with red cabbage and spinach slaw and dressed with a sesame mustard dressing are irresistibly crunchy.