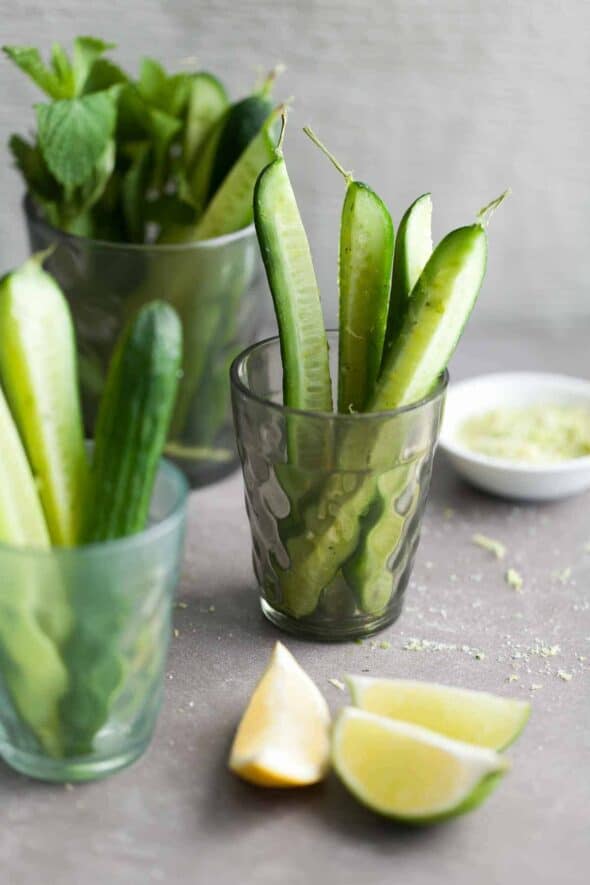 With temperatures still on the sizzling side, I’ve been making sure to keep well hydrated. You’ll usually find me toting around a bottle of water or sipping on iced tea but I’ve also been munching on some icy snacks to keep cool.

So what I have for you today is not so much a recipe as it is a simple snack idea, that’s super refreshing with pretty minimal effort involved: chilled cucumber spears. 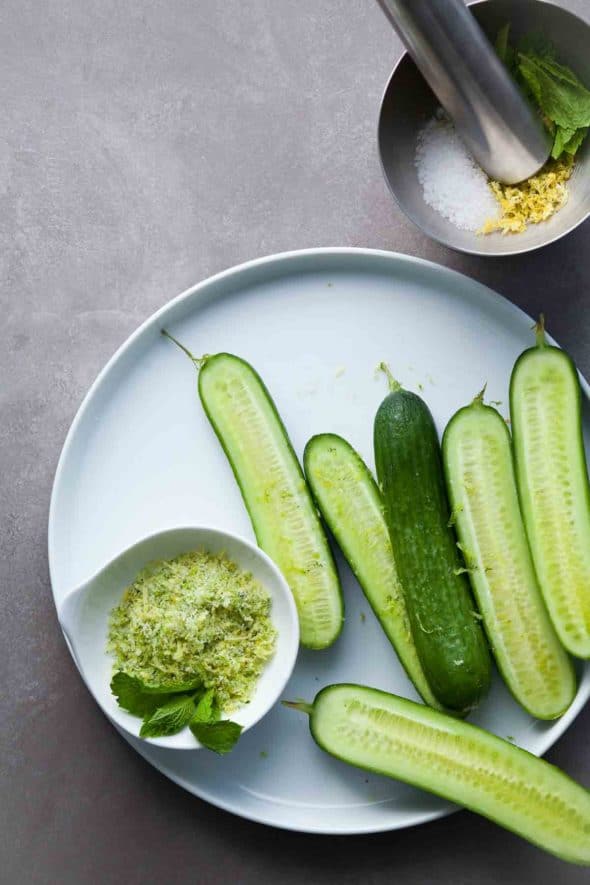 Inspired by both Japanese and Mexican street food, I’ve been making these chilled cucumber spears sprinkled with flavored salt and serving them icy cold. Crisp, cool and crunchy, cucumbers (like watermelon) are mostly water, so they’re a natural when it comes to hydration.

Served as just a snack or as part of a meal, they’re an unexpected way to keep hydrated when it’s hot out.  You start by making a flavored salt by grinding citrus zest and/or fresh herbs into sea salt.  That then gets sprinkled over cut cucumber spears and left to sit.  The spears will give off some water and absorb the flavors of the salt mixture, then into the freezer they go for a quick chill to give them an extra cooling crunch. 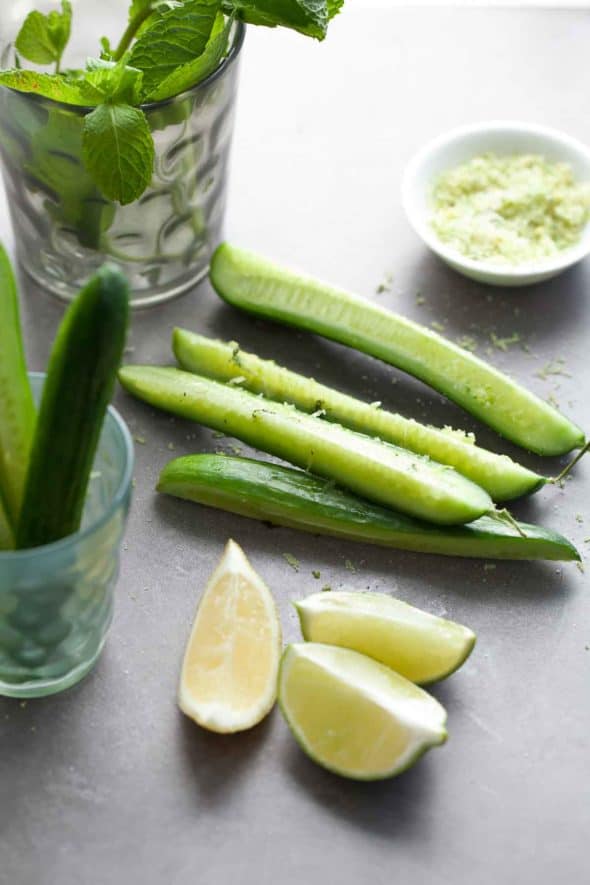 The salt is the key to transforming the cucumbers from simple crudité to what I like to think of as edible spa water.  It’s crucial for replacing lost electrolytes and also balances and enhances the flavor of the cucumbers.  I like to use a good fleur de sel sea salt with a nice flake and gentle flavor which also contains other essential minerals you won’t find in regular table salt.

Borrowing from the Japanese, I’ll also skewer them occasionally and serve them on a stick like a popsicle.  It’s a fun and unusual appetizer for casual dinner parties or a great afternoon snack on a hot day.  Regardless of how you cut them, each bite is crunchy, salty and utterly refreshing.

RECOMMENDED ITEMS FOR THIS RECIPE

See what I recommend for this recipe.