Make the most of in-season apples by making cider baked apples in caramel sauce. 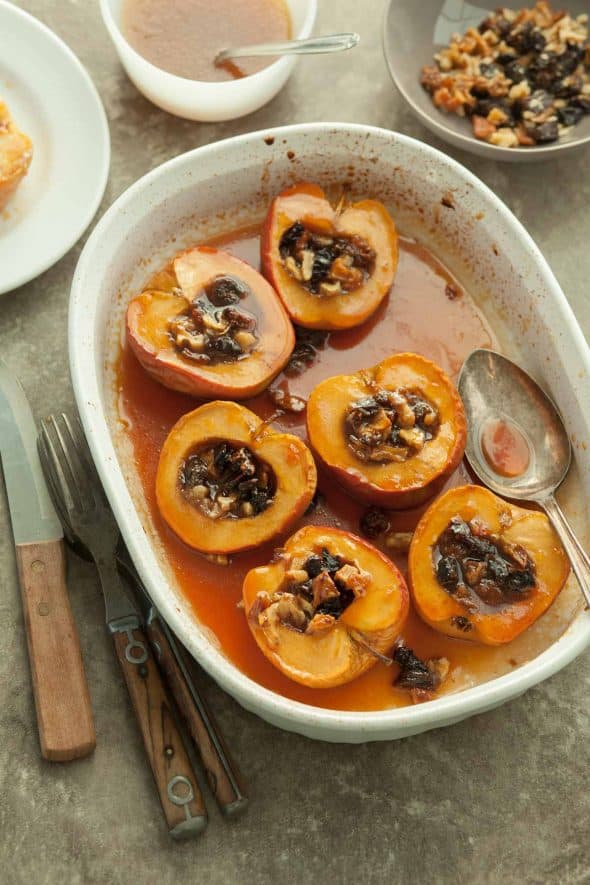 Baked apples are one of those old-fashioned kinds of recipes that while sometimes forgotten, never really go out of style.

Maybe that’s because it’s such an easy dessert, made without any fuss or pretense, but that always manages to delivers on flavor making it a great choice for busy weekday meals.  Maybe because it’s guaranteed to make you feel warm and cozy from the inside out on even the chilliest of days. Or maybe it’s just simple nostalgia, with the smell of apples baking in the oven bringing back fond childhood memories.  Whatever the reason, cider baked apples are definitely a treat worth making at least once this season. 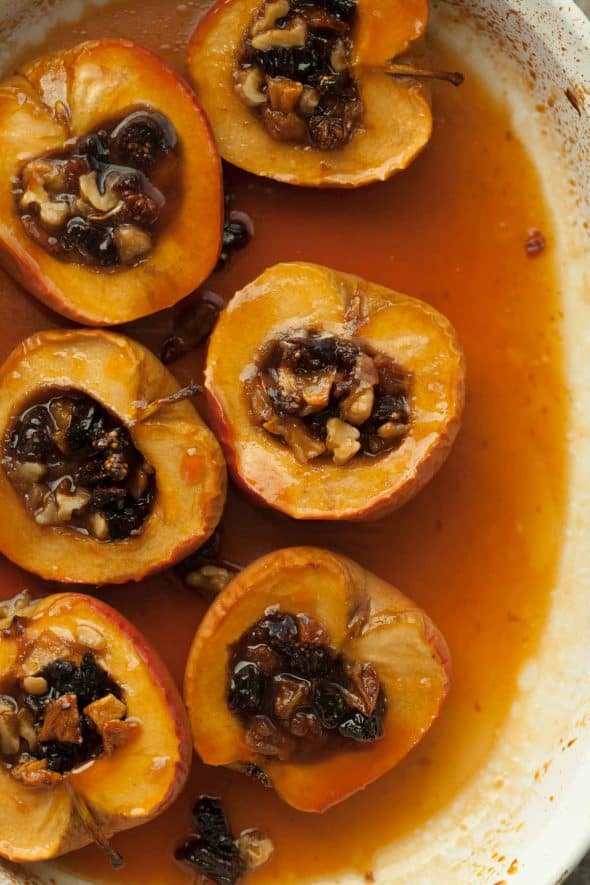 In this recipe the apples are halved then stuffed with a mixture of dried fruit and nuts and baked in an apple cider syrup for the most intense apple flavor.  Cutting the apples in half rather than leaving them whole creates more surface area for the syrup to soak into the apples as they bake, with the end result being apples that are tender throughout and fully infused with flavor.

As the syrup reduces in the baking pan it thickens and creates a caramel-like sauce that’s then poured over the top of the apples as they bake and again to serve.  If you’ve gone apple picking and picked up a big jug of cider, this would be a good place to use it, but if not any sort of unfiltered apple juice will do the trick. 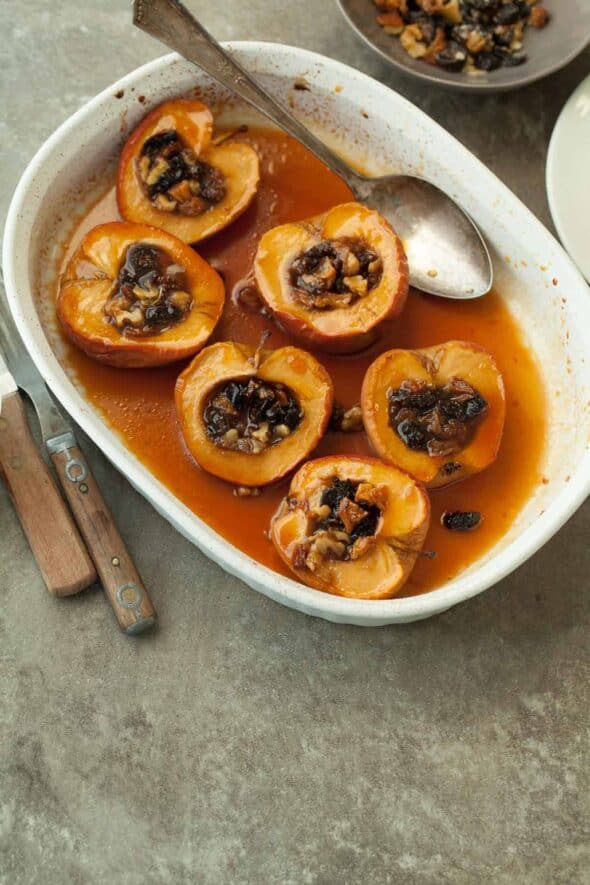 As for the apples you’ll want a variety that’s considered a good baking apple, something with a nice flavor when cooked, that also retains its shape but is tender enough to eat with a spoon when done.  A few common but good grocery store varieties are: Pink Ladies, Sweeties, Galas or Jazz apples.  Because every apple varies, you’ll want to start checking for doneness around 30 minutes but it may take up to 50 minutes.

As for serving, they’re equally good served warm from the oven, plain or with a scoop of ice cream on the side, as they are the next day cold from the fridge with a dollop of yogurt.

Make the most of in-season apples by making cider baked apples in caramel sauce.