Medjool dates are stuffed with a moist coconut filling and dipped in chocolate for an easy but impressive sweet treat. 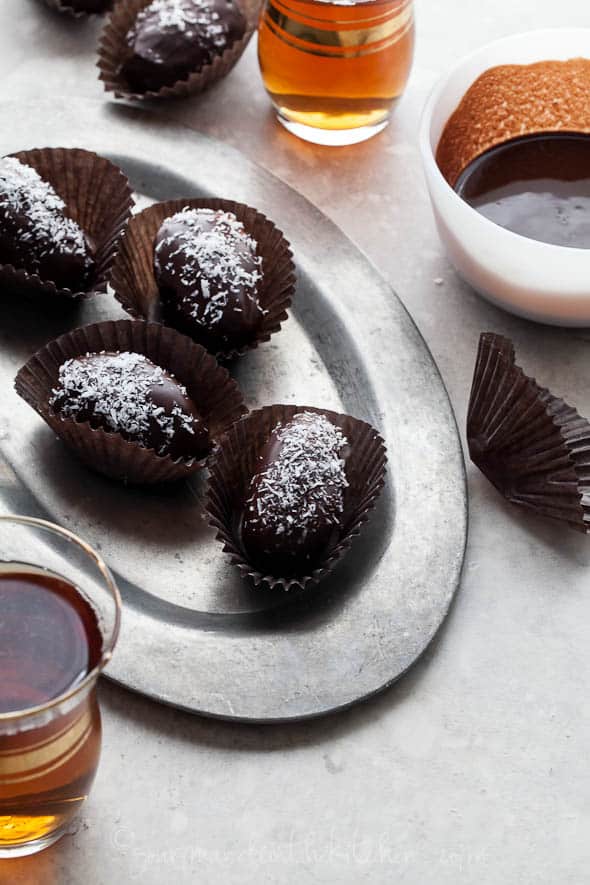 Medjools; long considered the king of dates are thought to be one of the oldest cultivated fruits. Highly sought after due to a rather labor-intensive cultivation they were primarily consumed by royalty and reserved for special occasions.

Fortunately for us all, these dates have become much more common and accessible, but as popular as they’ve become, they’ll always have the aura of being special and a little exotic. 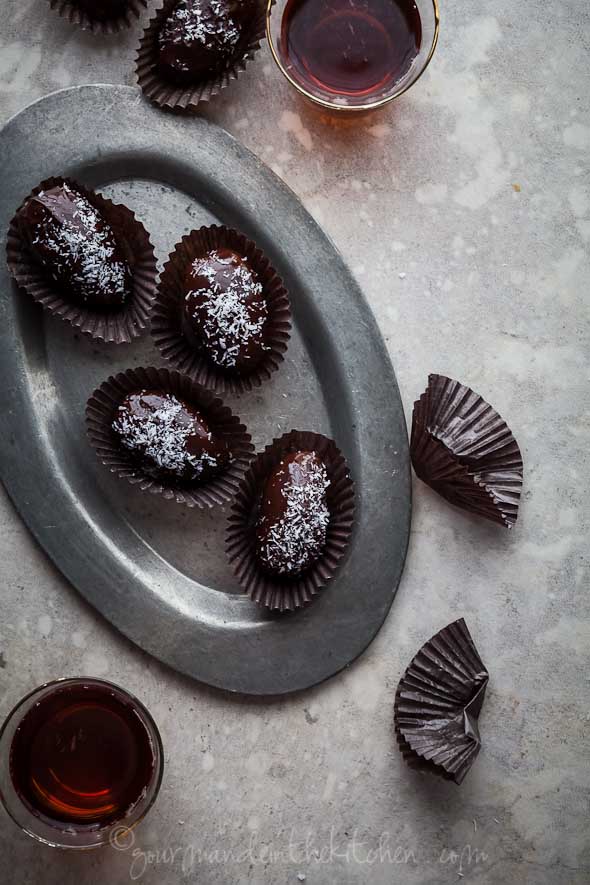 Amber colored with a crinkly outer skin and moist interior flesh that’s reminiscent of caramel and honey, they have a soft, creamy, slightly chewy texture and are filled with fiber, potassium, magnesium and other minerals. (It’s no wonder they’re often referred to as “nature’s candy”.)

Their caramel-like and complex flavor makes them a natural in desserts as an all-natural sugar substitute, but I think they hold their own nicely especially when stuffed and dressed up in chocolate. 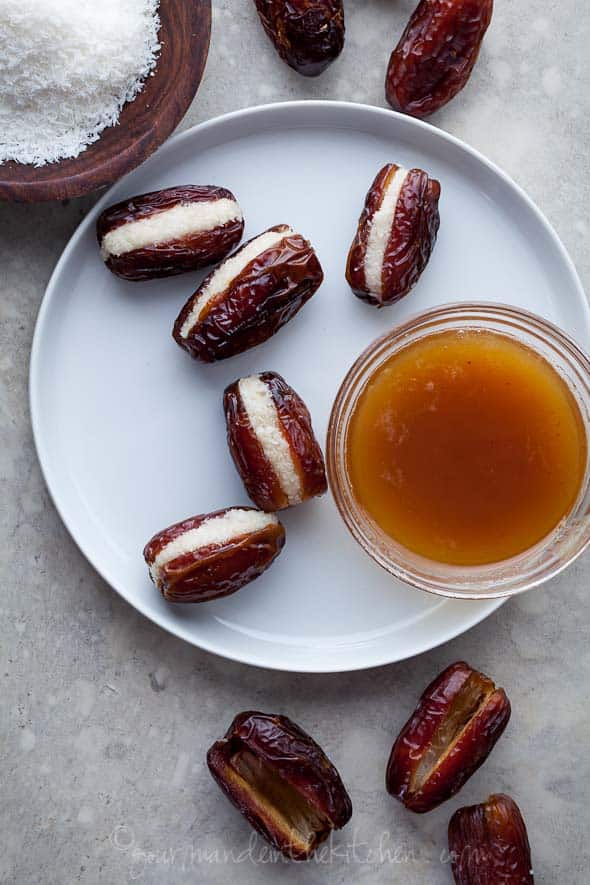 Simplicity (as it often is) is the key to success here. The soft, sweet dates are stuffed with a filling of moist coconut subtly flavored with just the barest hint of vanilla or cinnamon.

I like to use a combination of orange blossom honey and cinnamon for a spicy, floral note but maple syrup makes for a tasty version as well. 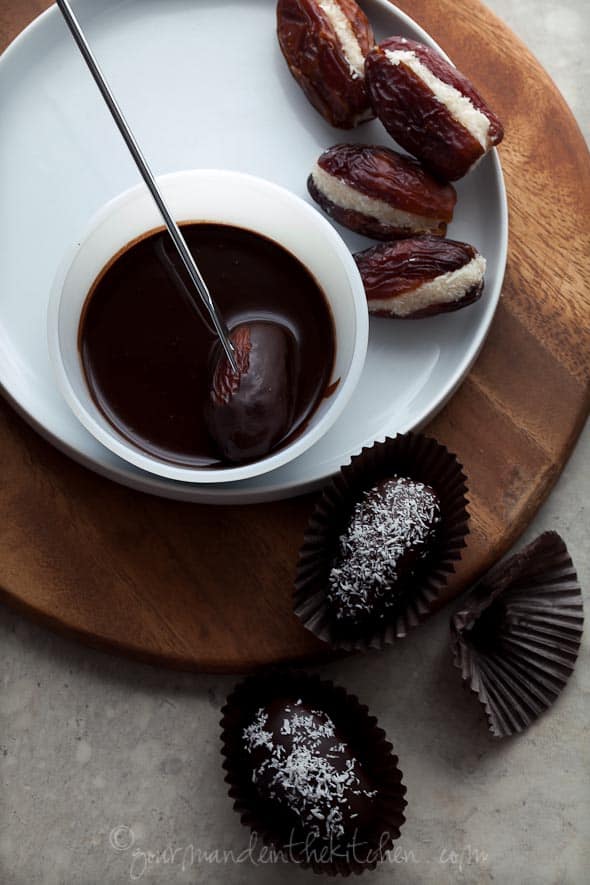 When chilled they get firm and pleasantly chewy, however a little rest on the counter top will make them a bit silkier. A pinch of sea salt (or if you prefer, a pink Himalayan variety) enters as a background note, adding a lingering taste that rounds out the sweetness.

Then comes the fun; the whole thing takes a dip in a rich raw chocolate bath, encasing the dates in a thin shell of flaky chocolate that cracks gently between your teeth giving way to the chewy date and tender filling underneath. A sprinkle of coconut on top finishes them off.

Package them up in a pretty box and you have homemade gift that’s sure to be remembered. Or, treat yourself and keep these on hand for an after dinner or mid-afternoon treat with a cup of tea.

For the Stuffed Dates:

For the Raw Dipping Chocolate