A creamy almost instant pudding made from chia seeds is swirled with a bright and tangy raspberry rosewater sauce and topped with fresh raspberries in this easy make-ahead breakfast/ light dessert. 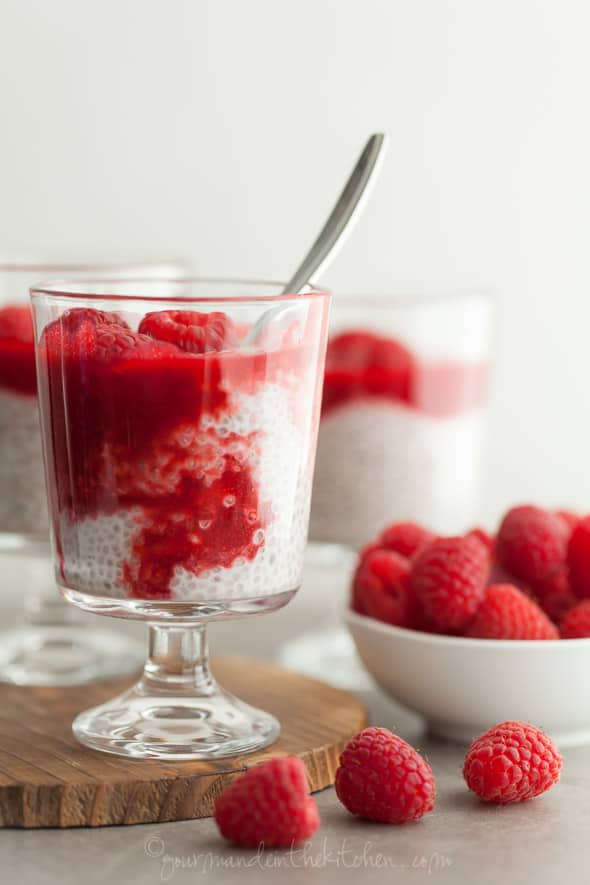 Found in everything from drinks to snacks and desserts, chia seeds have been having their moment in the lime light as a superfood.  It’s hard not to notice these versatile black and white seeds popping up everywhere you look.

Maybe it’s the fact that the nutritionally dense seeds boast a trio of fiber, protein and essential fatty acids in a portable package that’s easy to add to almost anything or that their unique gelling ability keeps you full and satisfied for longer.  Of course I can’t help but like the idea that I’m fueling my body with the very same seeds that kept Mayan and Aztec warriors going strong for long days. 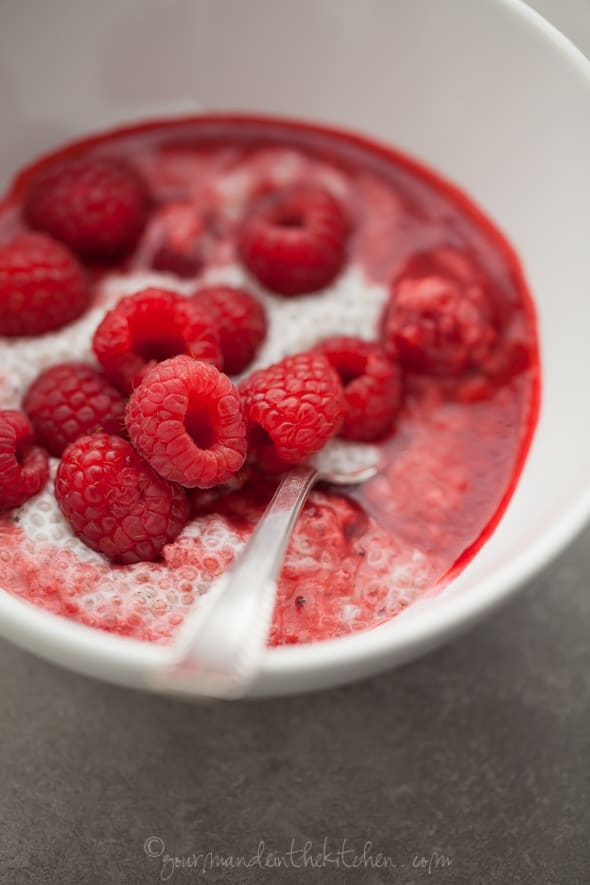 I’m also particularly partial to the cool, slippery, lumpy, bumpy texture they create when soaked in coconut milk overnight.  Chia seed pudding has that same creamy comforting appeal of rice or tapioca pudding but with significantly less effort considering it takes only a matter of minutes to put together and keeps for days in the fridge.

Light, creamy and totally satisfying all at once, it makes an excellent warm weather breakfast or not too sweet dessert/snack that doesn’t require any cooking.  A swirl of tart raspberry puree brings color and a burst of freshness to the cool creamy pudding base and a handful of fresh berries tops the whole thing off.  A squeeze of zippy lime juice brings the raspberry sauce to life and I like to add a few drops of rosewater for a bit of an exotic undertone, but feel free to leave that out if it’s not your thing. 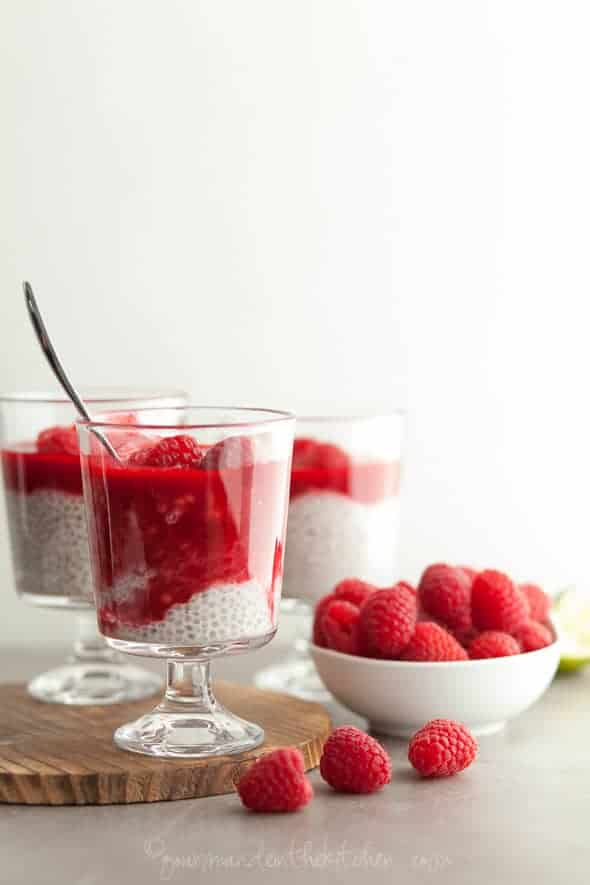 If I’m having it for breakfast I add a generous dollop of sheep’s milk yogurt to the coconut chia pudding for some gut-friendly probiotics and a little extra protein but if you prefer a dairy-free version an all coconut milk pudding is equally tasty.

Pudding for breakfast?  You better believe it.

Have you tried chia seed pudding?

NOTE: If you prefer a dairy-free paleo and/or vegan version use 1 can/14oz/400ml of coconut milk at the first step instead and omit the yogurt and use maple syrup instead of honey for vegan.