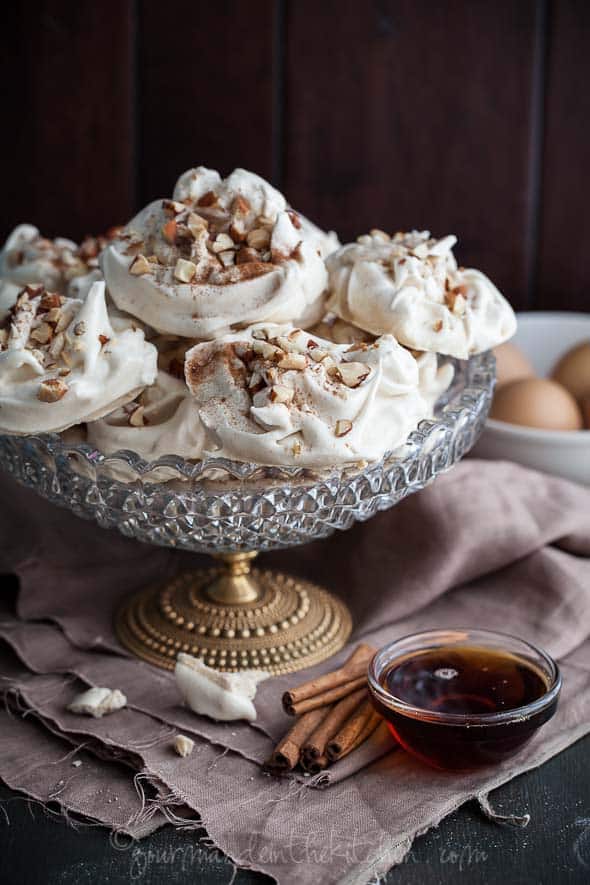 A good meringue is a beautiful thing; light as air, every bite a cloud of sweetness.

Rugged on the outside with airy interiors, the delicate shell gives way to a fluffy tender melt-in-your-mouth center. Deceptively simple, these ingenious little cookies are so much more than the sum of their parts and a timeless classic. 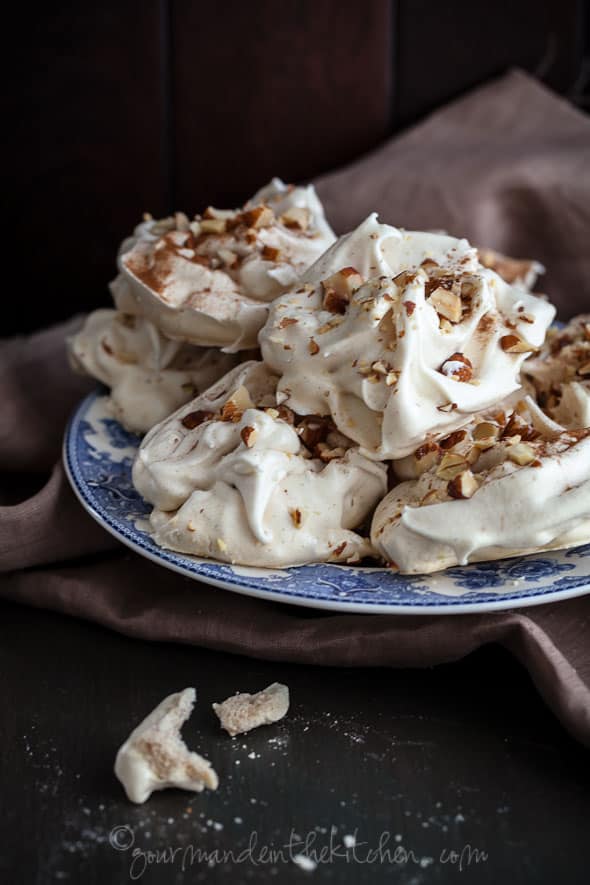 At its most basic, meringue is a combination of egg whites and sweetener in a ratio of 1:2 but the fun comes in the little extras that take a somewhat plain jane cookie to the ranks of delicious confection. A shower of shaved chocolate, a splash of good vanilla or rum, or a few pinches of cinnamon are all good contenders. 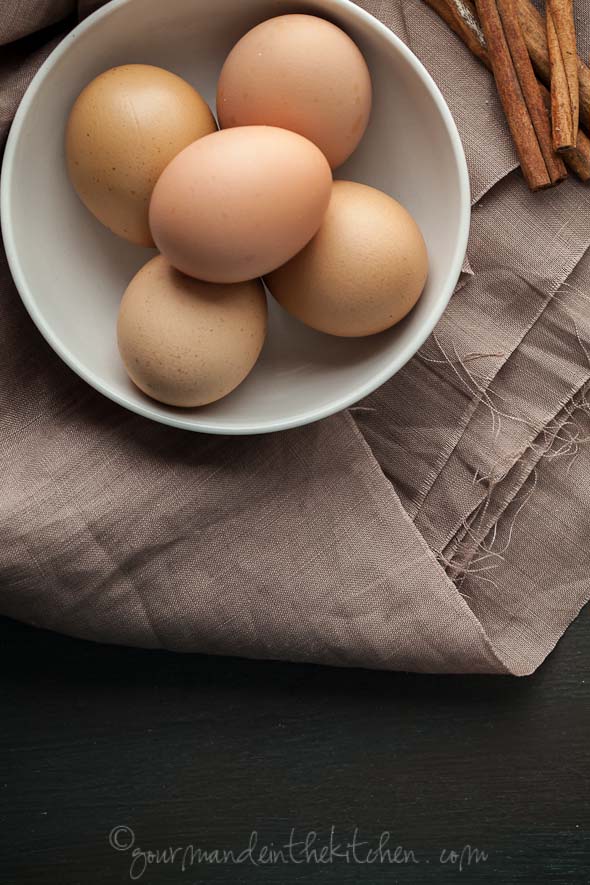 The French method is perhaps the most common and consists of slowly adding spoonfuls of sweetener to egg whites while simultaneously whipping until a smooth and glossy texture emerges. Italian on the other hand involves a cooked sugar syrup poured into egg whites, but Swiss is the method I chose for this recipe because of its stability and ease. 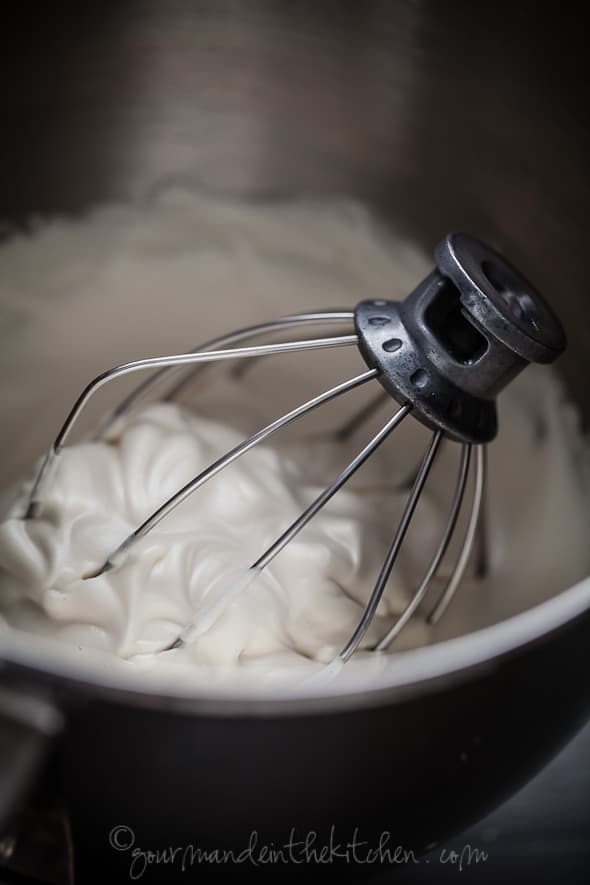 Here’s the general idea: maple syrup replaces traditional white sugar making these particular meringues entirely refined sugar free and a more wholesome option than traditional ones. It also adds a richness of flavor and pale amber hue while the cinnamon gives a bit of spice.

The egg whites and maple syrup are gently heated over a pot of simmering water before being whipped until stiff and shiny then generously scooped onto baking sheets, topped with chopped almonds, a pinch of sea salt and left to dry in a rather cool oven for about 2 hours (meringues aren’t so much baked as they are dried out.) 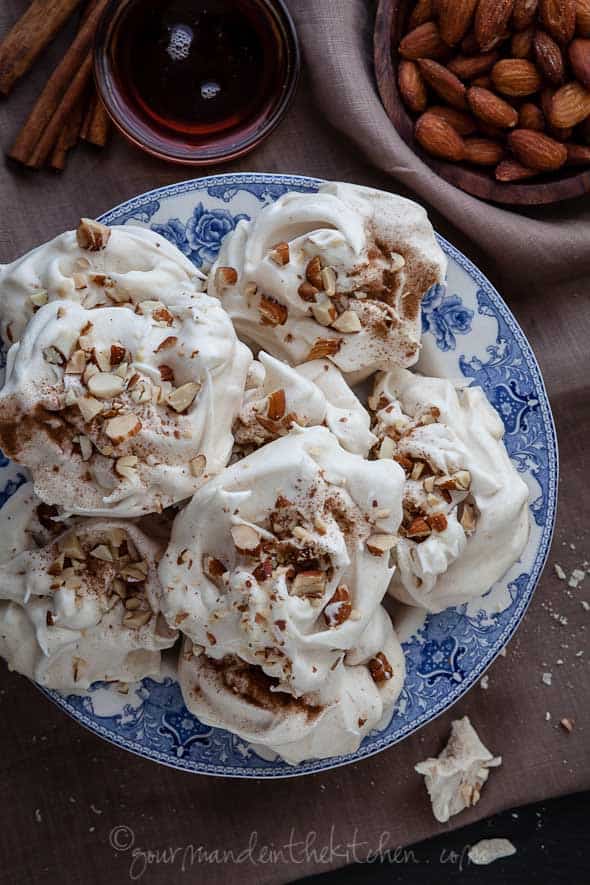 The result is a sheet full of large, somewhat misshapen clusters that are ethereally light and utterly addicting.

Have you ever made meringue?