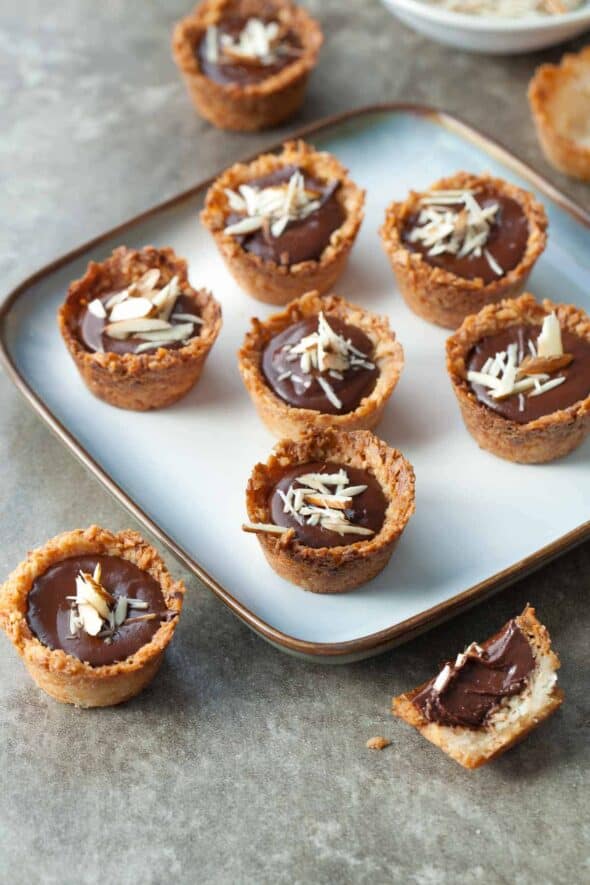 Coconut and chocolate make a splendid pair don’t they? The rich but mild flavor of coconut is the perfect match for the deeper, more assertive taste of chocolate.  Not surprisingly the two are often seen gallivanting about in everything from cookies, candies, cakes and all kinds of other sweet treats.

These little chocolate coconut macaroon cups are of course another example of the delectable duo in action. 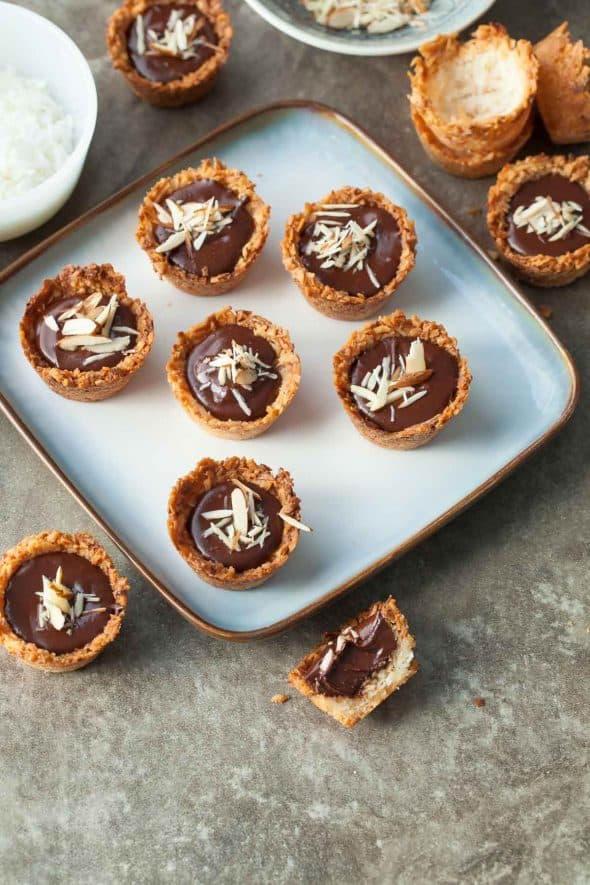 The macaroon cups are quick to whip up and easier than traditional roll-out tart dough, and unlike most macaroons are egg-free making them both naturally gluten-free as well as vegan.  A sticky dough is made from three kinds of coconut (flake, milk and oil) along with a dash of sweetener then pressed into mini muffin tins. 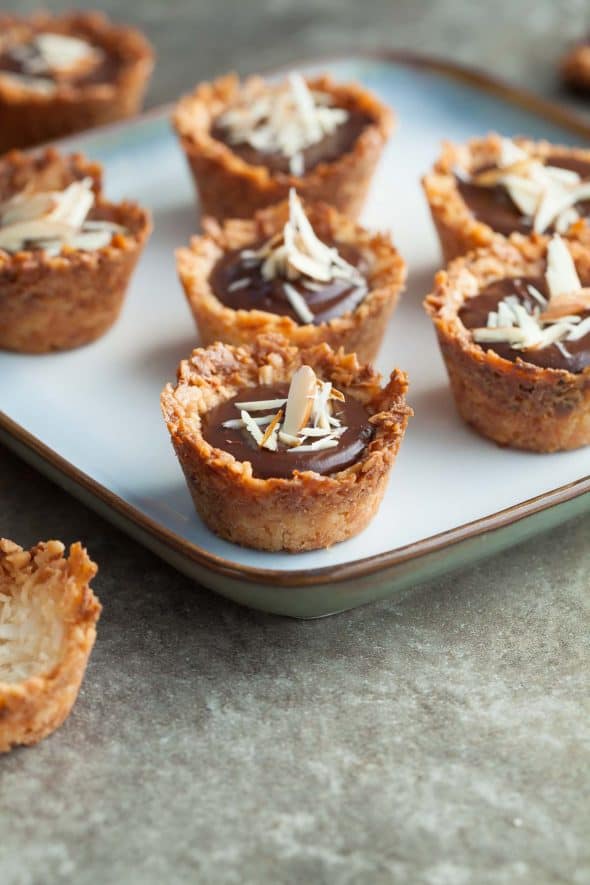 Once baked the crusts take on a beautifully golden brown hue and are buttery and crisp around the edges.  They’re the perfect vehicles for filling to your heart’s desire.  Lemon curd, a spoonful of your favorite jam or even a little whipped cream would all be wonderful, but I’m particularly partial to that old favorite combo of coconut and chocolate.

The filling is even easier than the crust.  Chopped chocolate is gently melted, mixed with a touch of almond butter, poured into the coconut cups, and then finished with a pinch of salt and a scattering of chopped almonds.  The crunchy and lightly sweet shells give way to a rich and fudgy chocolate almond center  as you bite into them; pretty irresistible if you ask me.

For the coconut macaroon cups
For the chocolate almond filling: