This creamy ginger spiced carrot tart with its cinnamon pecan crust is a nice alternative to pumpkin pie for your holiday table. 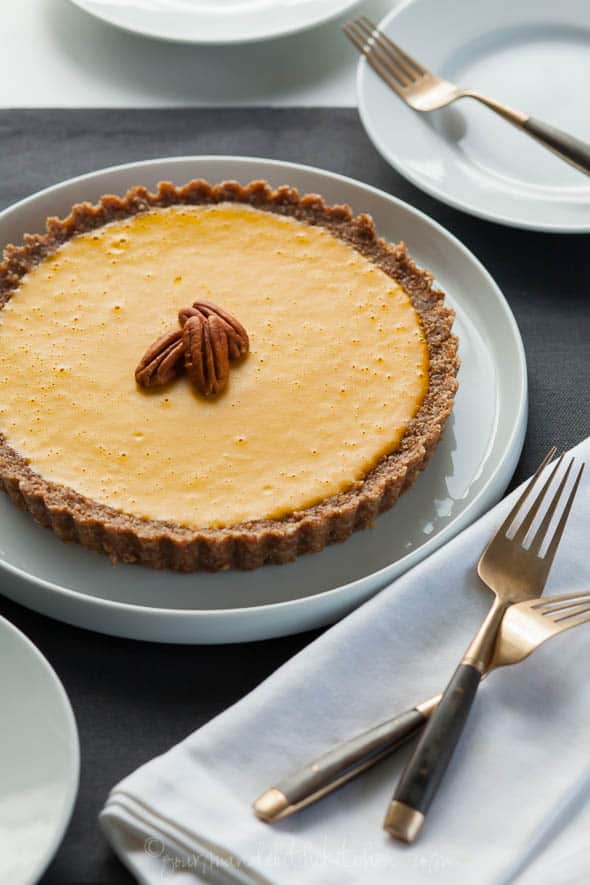 I prefer to keep my desserts on the simple side as you may know by now, and this ginger spiced carrot tart is just that ... sweet and simple.

While I like the concept of pie for dessert (particularly around the holidays) in reality I can never muster up the courage to make one (especially a double crusted pie).  Tarts on the other hand are a different story, so I make tarts. 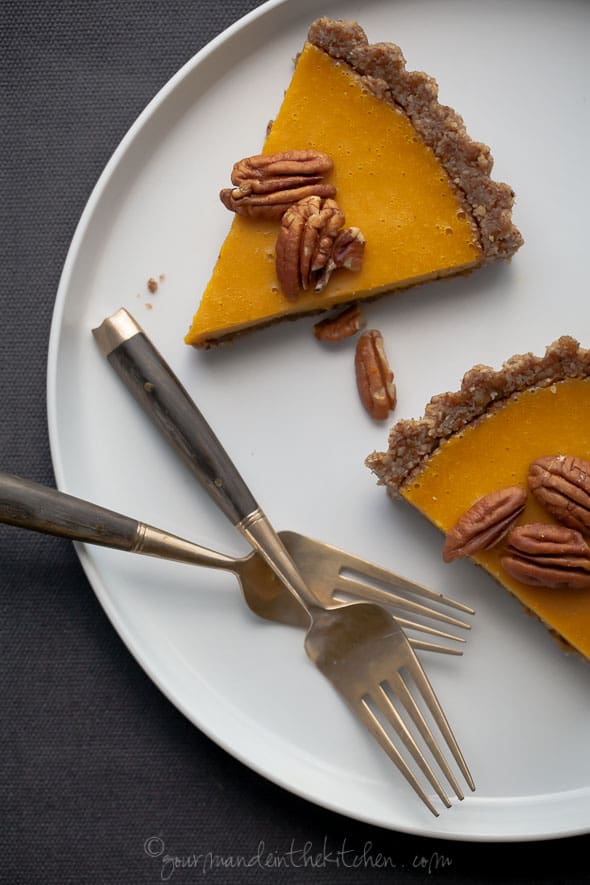 You will find many tart pans in my cupboards; they make dessert-making easy with their varied shapes and pretty edges that excuse all flaws.  Add a press-in crust and a no-bake filling and we are in business.

Although nothing is quite as festive as pumpkin for dessert this time of year, I think you’ll find that this ginger spiced carrot tart makes a great addition to your holiday table. 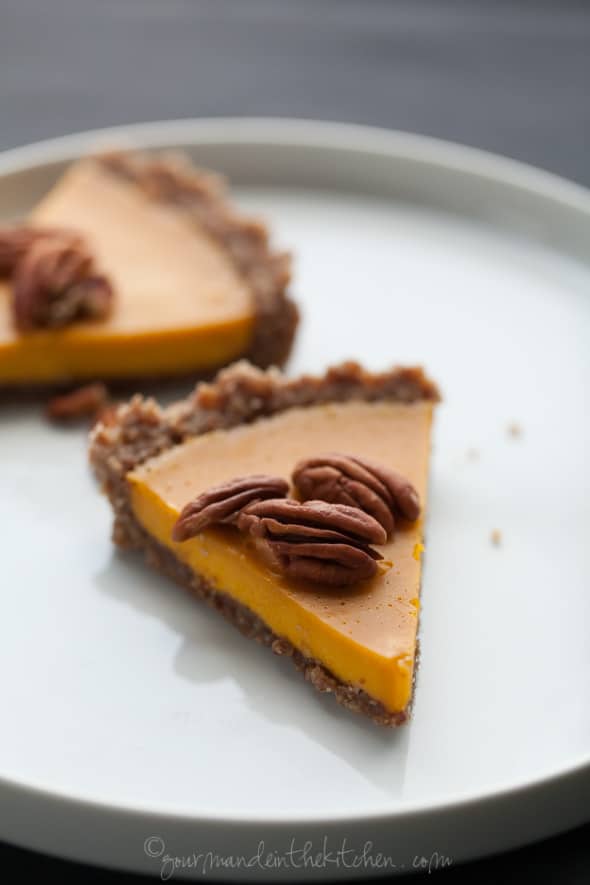 With its creamy, ginger and carrot-kissed filling and its cinnamon-laced graham cracker-like crust it will give traditional pumpkin pie a run for its money. The filling is rich and smooth thanks to the help of cashews, coconut oil and coconut butter; ground pecans and coconut sugar offer great texture to the crust.  Fresh pressed carrot juice and spicy ginger add a kick of unexpected flavor, while cinnamon brings the comforting flavor of the holidays to the mix.

Serve it with a little whipped coconut cream on the side, or just keep it simple and top with a few toasted pecans instead.

With its creamy, ginger and carrot kissed filling and its cinnamon laced graham cracker-like crust this ginger spiced carrot tart will give traditional pumpkin pie a run for its money.