Vine ripened tomatoes are stuffed with a mixture of garlic and herb roasted mushrooms and zucchini in these paleo stuffed tomatoes. 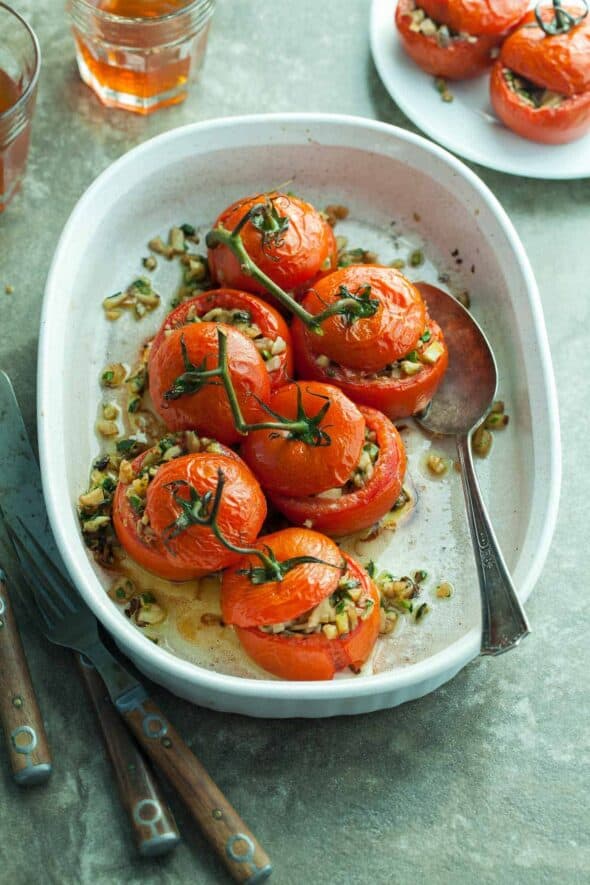 Tomatoes have hit their peak, bright red, deeply flavored and oh so juicy, there’s no better time of year to enjoy them.   So naturally I’ve been taking advantage of the surplus and making good use of them in salads and soups, but as the days inevitably start to shorten and we drift into fall in these juicy specimens will soon disappear and there are still other tasty ways to prepare them. 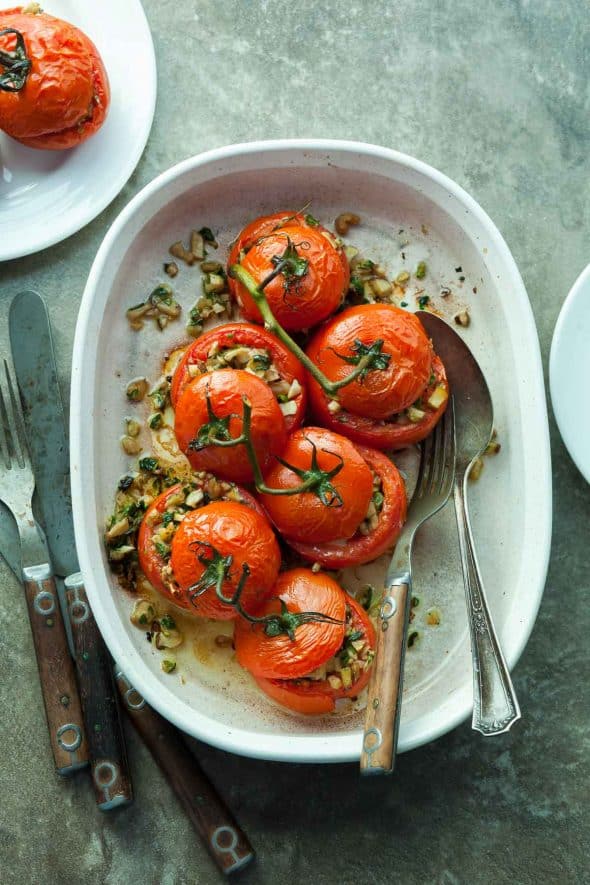 Take these zucchini and mushroom paleo stuffed tomatoes for example, they make the perfect transitional dish to take us into the new season.  Among tomatoes many attributes, they take well to stuffing.  Hollowed out, stuffed and baked, they hold their shape quite well while remaining tender.

The great thing about stuffed tomatoes is how versatile they are, stuff some vegetables into a tomato and call it a meal, or serve it as an appetizer or a side dish instead.  It’s just as wonderful piping hot out of the oven as it is at room temperature which makes it a good choice for parties.  And I promise, preparing stuffed tomatoes is not as difficult as it may sound. 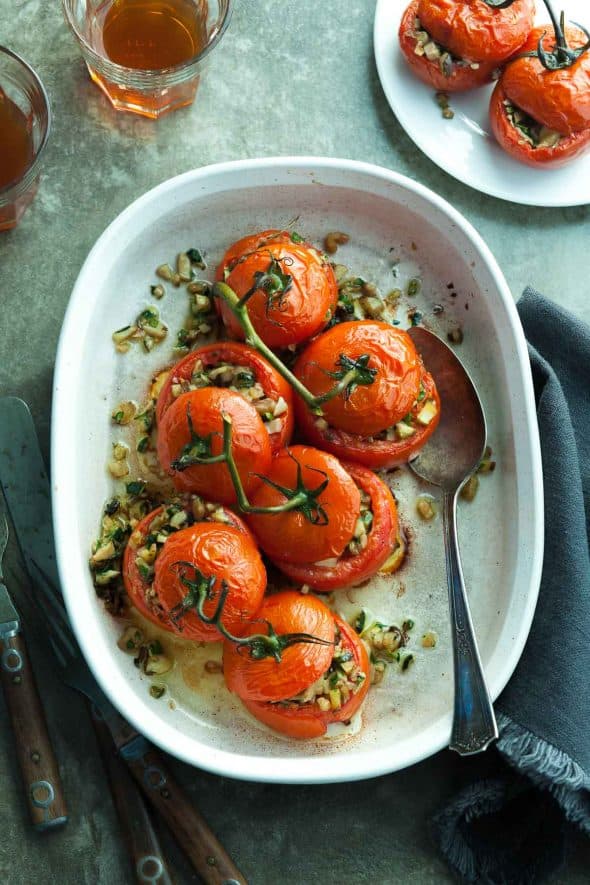 These tomatoes are stuffed with a mixture of finely chopped zucchini and mushrooms which is seasoned with olive oil, garlic and thyme for a taste of Provence where stuffed vegetables are actually quite popular.

The tomato tops are sliced off and set aside, and the tomatoes hollowed and salted to draw out excess moisture while the filling cooks. Toasted walnuts and fresh parsley are stirred into the filling for extra flavor and heft then piled into the prepared tomato shells.  The tops go back on and the tomatoes are hit with a drizzle of olive oil before heading to the oven to bake until tender and juicy.  It’s really as easy as simple as that and it would be a shame not to try it before the tomatoes are gone.

Vine ripened tomatoes are stuffed with a mixture of garlic and herb roasted mushrooms and zucchini in these paleo stuffed tomatoes.