A pancake-like “galette” of sweet potato slices with rosemary that's tender on the inside and crisp at the edges. 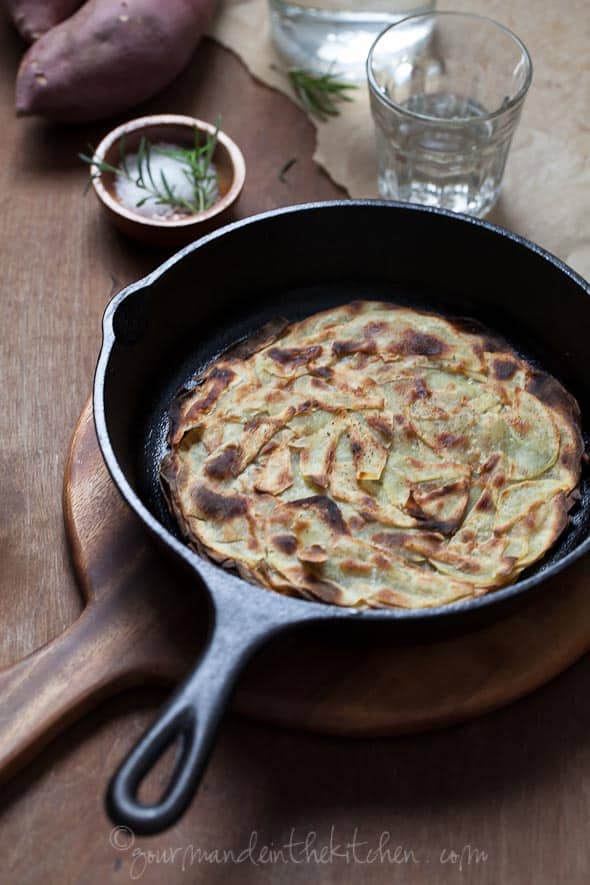 Sweet potatoes have invaded my kitchen.  I’m hooked on the hardy tubers and there’s a giant, overflowing basket of them in my pantry that proves it.

Asian sweet potatoes have been the darlings of my kitchen recently.  The purple skinned roots are mild in taste and creamy white on the inside making them an ideal swap for regular potatoes in most recipes, but they really deliver in the company of good butter and a little heat. 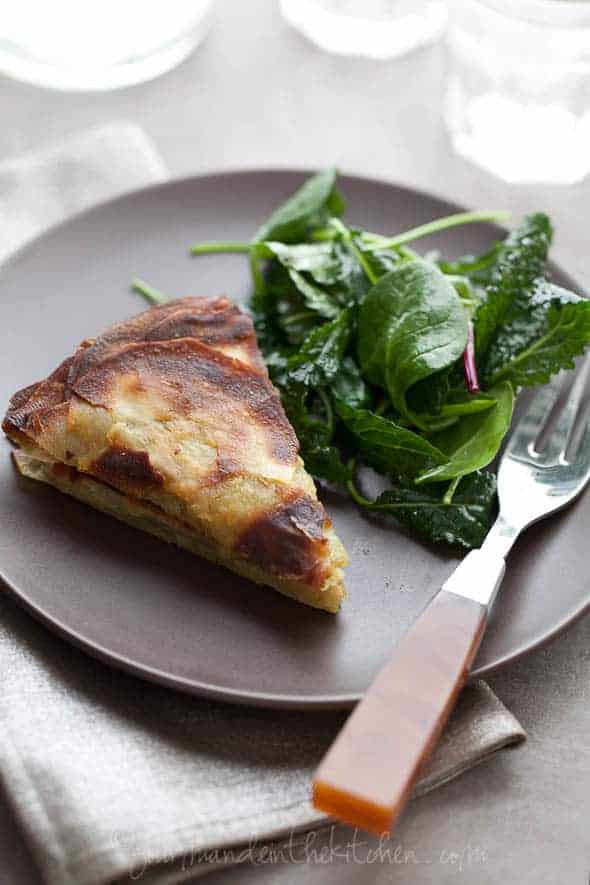 Beautifully browned on the outside and tender through the center, galettes come together with relatively little time and effort. The concept is fairly simple and the ingredients few.

Also known as Pommes Anna, it’s traditionally a dish of thinly sliced potatoes bathed in melted butter.  The idea is to arrange slices of potatoes (or in this case, sweet potatoes) in overlapping circles to create a round pancake-like “galette” of snugly nestled slices that is then cooked.  Elegant and rustic it’s a natural for both dinner parties and weekday meals. 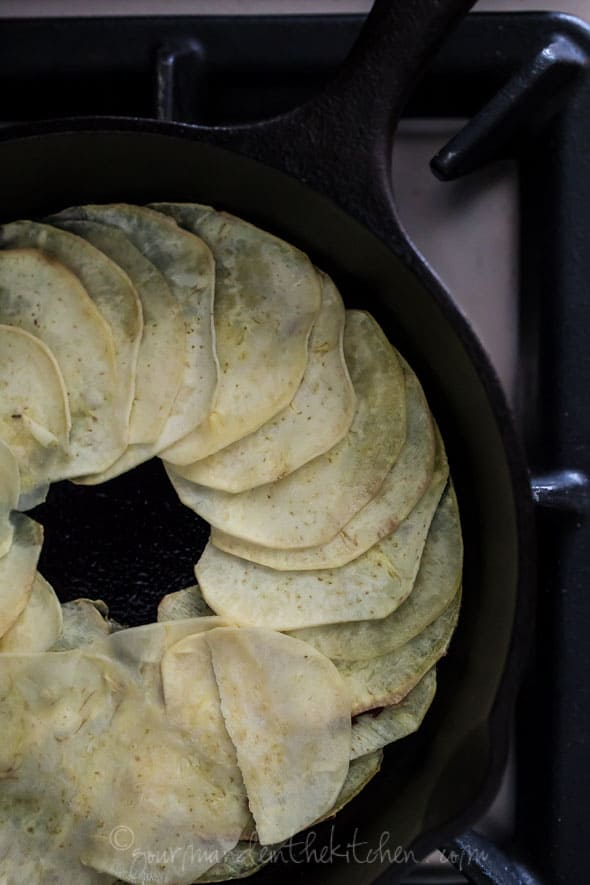 The starchy root gets creamy and soft in the middle while the outsides go golden brown and crispy bubbling and sizzling in the butter.  The edges are pleasantly crisp and the whole thing makes a fine accompaniment for a handful of greens and a poached egg which is my favorite way to eat it these days. 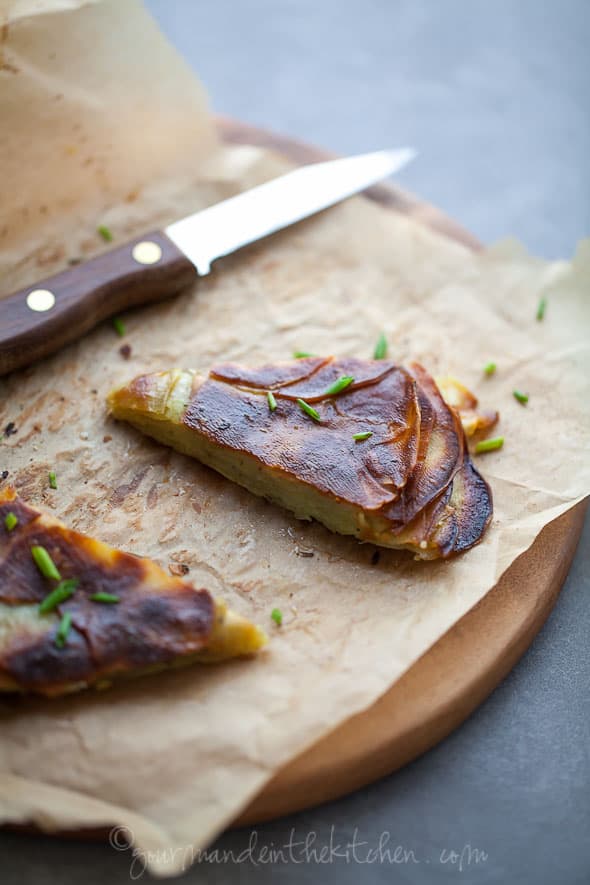 Now the most staunch traditionalist will tell you that nothing is needed in the way of seasoning other than a pinch of salt but given I’ve already broken with tradition by using an Asian sweet potato in a decidedly French recipe I’d suggest adding a few pinches of freshly chopped herbs like rosemary or thyme to the mix to liven things up. 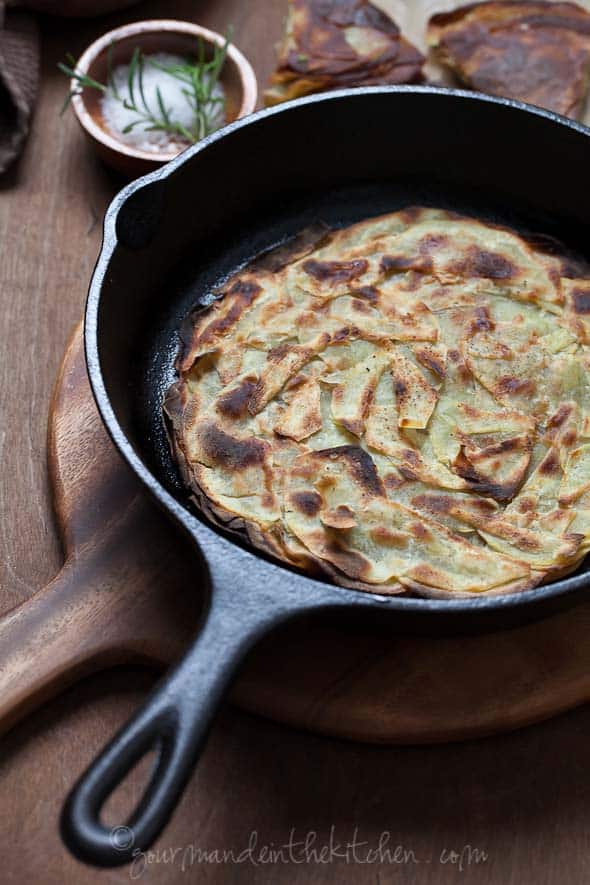 How do you like to eat your yams and sweet potatoes?

A dish of layered thinly sliced sweet potatoes baked until golden brown on the outside and tender on the inside.