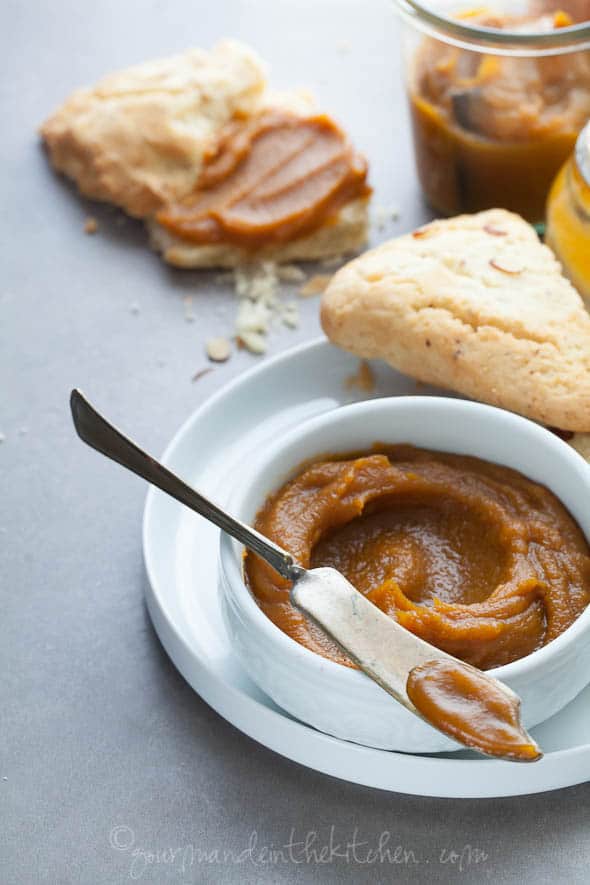 Fall is clearly in full swing in my kitchen.

Apples are in abundance, an entire shelf in my kitchen has been dedicated to an ever growing collection of various pumpkins and winter squash, and that’s not to mention the copious amounts of cinnamon and ginger that have been finding their way into almost everything I make these days.  The sweet and spicy smell of the season lingers sweetly in the air already.

Thick and spreadable pumpkin butter embodies the tastes of the season and is a recipe everyone should have in their collection.  Silky and velvety and rich with sweet warming spices, it’s like the best of pumpkin pie in a spreadable form. It’s also good on virtually everything. 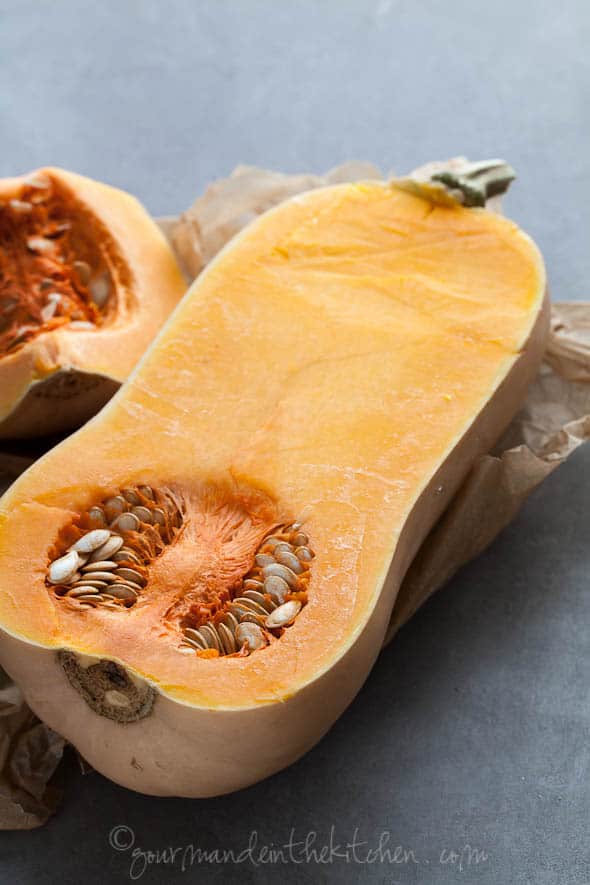 This is my take on the iconic spread, a naturally sweetened version made from butternut squash instead.  The smooth and fairly fiber-less flesh makes it a wonderful substitute for traditional pumpkin with a clean delicate flavor and easy prep.  Split, scoop, roast and it’s ready to use.

While the butternut squash is doing its thing in the oven, maple syrup infuses with spices like vanilla, cinnamon and anise. The two join forces along with a squeeze of lemon for some zing and simmer slowly on the stove until lusciously thick.

Smooth and creamy without a hint of cream or butter it’s rich with the concentrated flavor of squash and spice.  However you choose to use it, this maple squash butter may fast become your new fall favorite, and since it’s the season of giving and receiving may I suggest you double the recipe and make an extra jar for a friend? 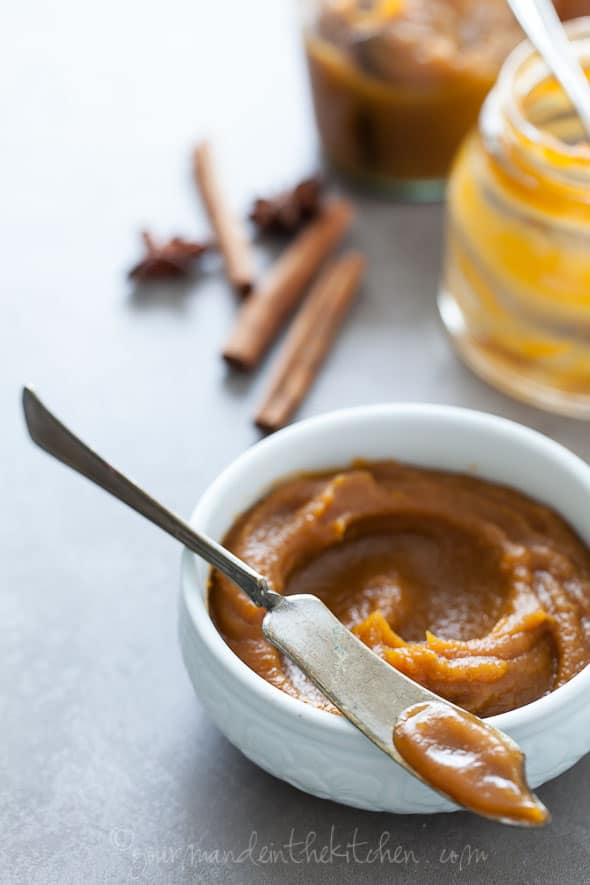 In case you need a few ideas for how to use your squash butter:

A riff on traditional pumpkin butter, this maple spiced butternut squash butter is easy to make and naturally sweetened.

*recipe can be doubled