An easy, creamy side of oven-braised parsnips with thyme. 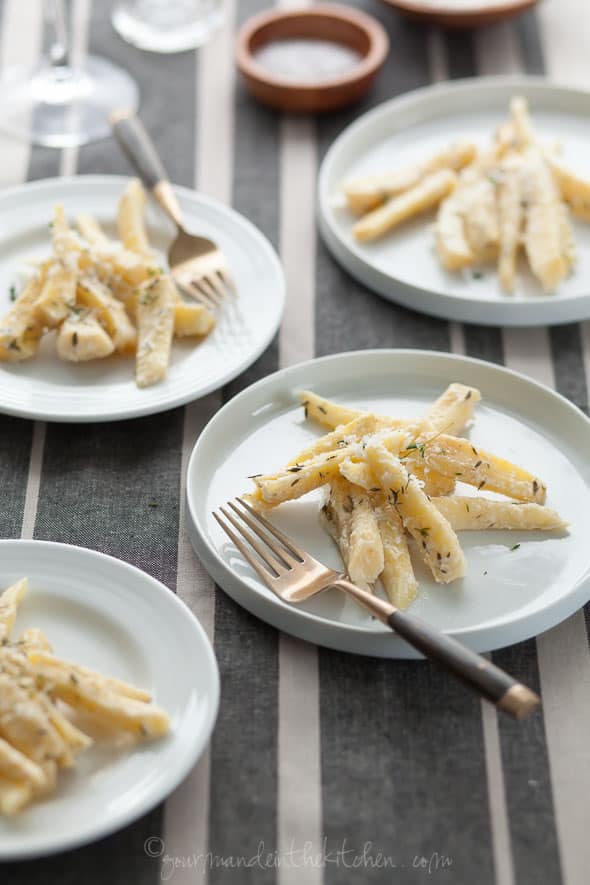 Braising has a way of bringing out the best in certain vegetables.  Take parsnips, for example; yes, they’re wonderful roasted in a hot oven where they get all crispy on the outside, but braising them gives them a tender, creamy quality through and through that’s equally glorious.

I think it’s one of the nicest ways to serve parsnips, not to mention it's pretty convenient around the holidays when you’ve got the oven going practically 24/7 anyhow. 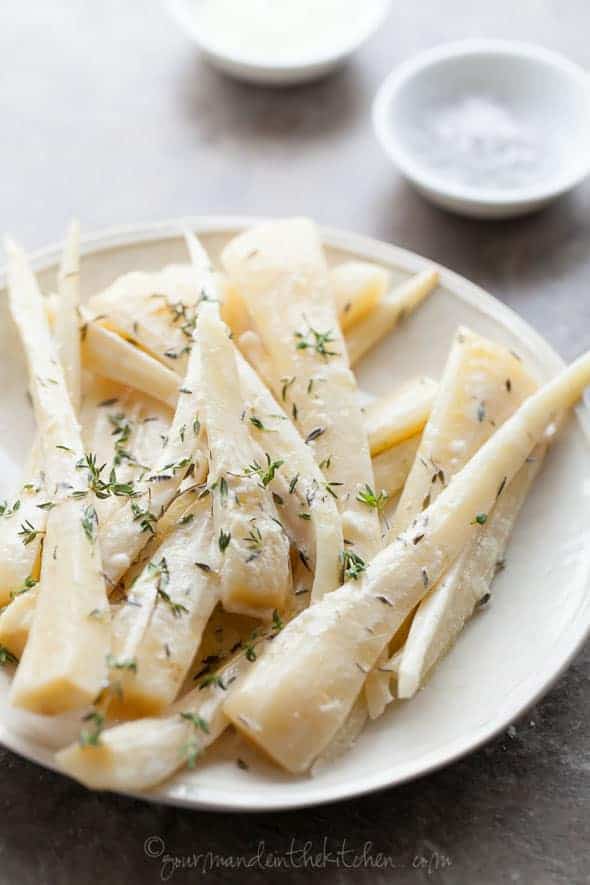 Yes, I said oven; these parsnips are oven-braised which means they practically take care of themselves while you carry on with the rest of the meal.

Sweet and starchy at the same time, parsnips are a nice alternative to carrots or potatoes.  You’ll want to choose ones that are slender and not too large as they tend to have a woody core.

It takes just a few minutes to get everything ready to go into the pan before you pop it into the oven; the only real work is peeling them and cutting them into equal-sized pieces so they’ll cook evenly. 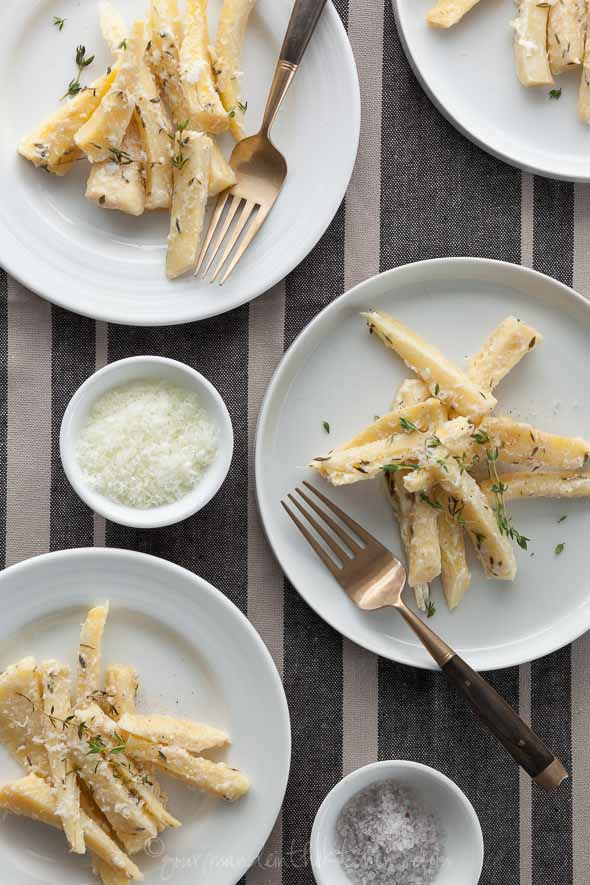 A few sprigs of thyme, a pinch of salt and pepper, a swig of good olive oil and they’re ready to go.  The parsnips take on a sweet, nutty intensity as they braise in the fragrant olive oil and thyme mixture.  Once they’re tender throughout I add a few spoonfuls of yogurt and a handful of shredded sheep’s milk cheese to create a creamy sauce with a little tang and extra nutty, salty quality.

I dare you to make these and not be tempted to finish them all straight out of the pan.  I’ve never managed to get them to table without snagging at least a few bites first!

What are some of your favorite holiday sides to make? How do you like to make parsnips?

A creamy side of oven-braised parsnips with pecorino and thyme.