How to pick the perfect watermelon and a recipe for a watermelon, heirloom tomato and feta salad with cucumbers, olives, basil and mint. 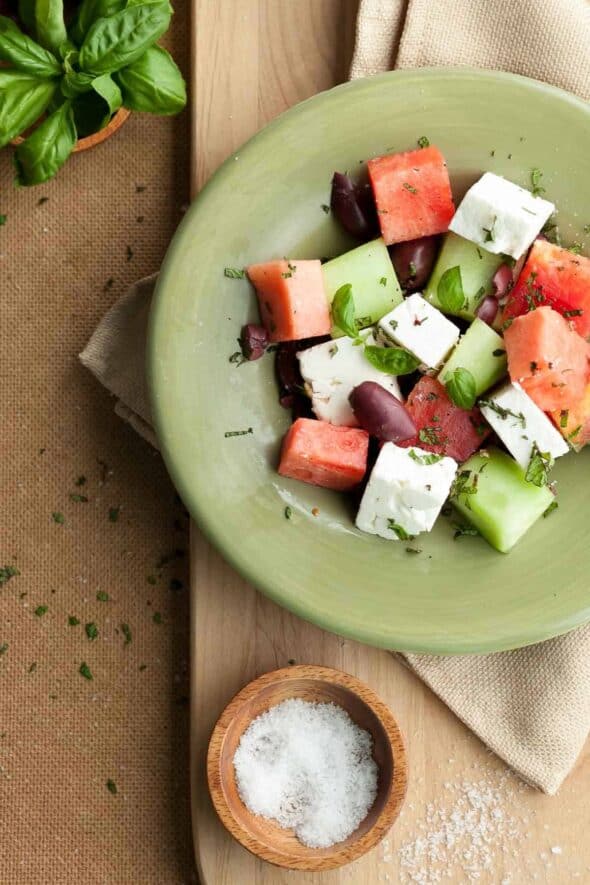 I stood in quiet fascination in front of the bin of watermelons at the supermarket watching people make their selections.  Buying a watermelon is a bit like investing in the stock market; it takes lots of time and patience, and in the end you are never assured a good return.  To buy one at its peak, you need to learn the subtle signs of ripeness and patience is certainly a virtue in the quest for ripe perfection.

I don't know if it's the look, or the particular sound it makes, or the melon's weight, but some seem to have figured out the secret language of watermelons. 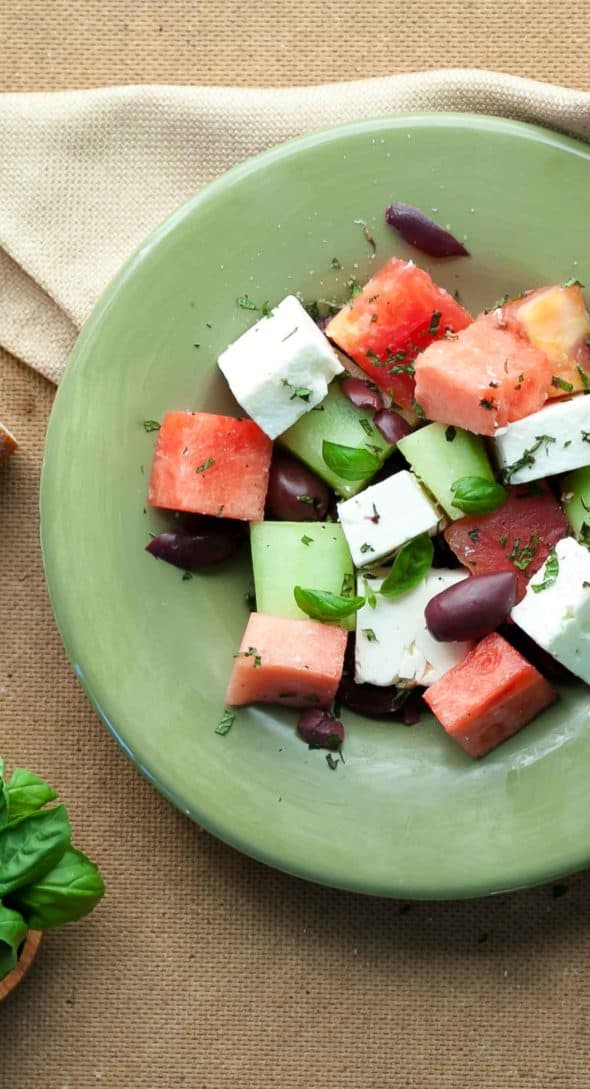 It often begins with a survey of the offerings, and when potential candidates are spotted the ritual begins. It may appear a bit silly, but I understand the need for it, having been disappointed on many occasions cutting into a mealy, flavorless watermelon.

1. First there’s size and weight; the watermelon should feel heavy. When comparing its weight with one of similar size, you want to choose the heaviest one, indicating that it's full of juice.  Watermelons are more than 90 percent water, so the juiciest ones are going to be the ones that are heavy for their size. Pick up a few that are the same size in the bin and keep the heaviest ones.

2. Then look for a creamy patch called the field spot.  This is the place where the watermelon rested on the ground. It is said, the yellower in color, the longer the watermelon was on the vine maturing and sweetening. Apparently, yellow is better than a white spot, but white is better than no spot at all.

3. Finally comes the controversial thumping technique.  Some insist that the tap and listen method is the way to juiciness, while others claim it unreliable. It usually involves a series of taps, using either the knuckles or the palm of the hand, giving the watermelon a few good whacks, while bending over closely to listen to the telling sounds it produces. Believers say to listen for a melon that sounds hollow; if you hear a thud, you're dealing with a fruit that isn't ripe.  This ritual continues indefinitely until the perfect specimen has been found which can involve tapping and whacking every melon on display.

Of course, the very best watermelon is the one that goes from field to table the most quickly, so buying local watermelons is ideal.  Don't buy a watermelon that isn't yet ripe thinking it will ripen by the time you eat it, watermelons do not continue to ripen once they have been harvested. 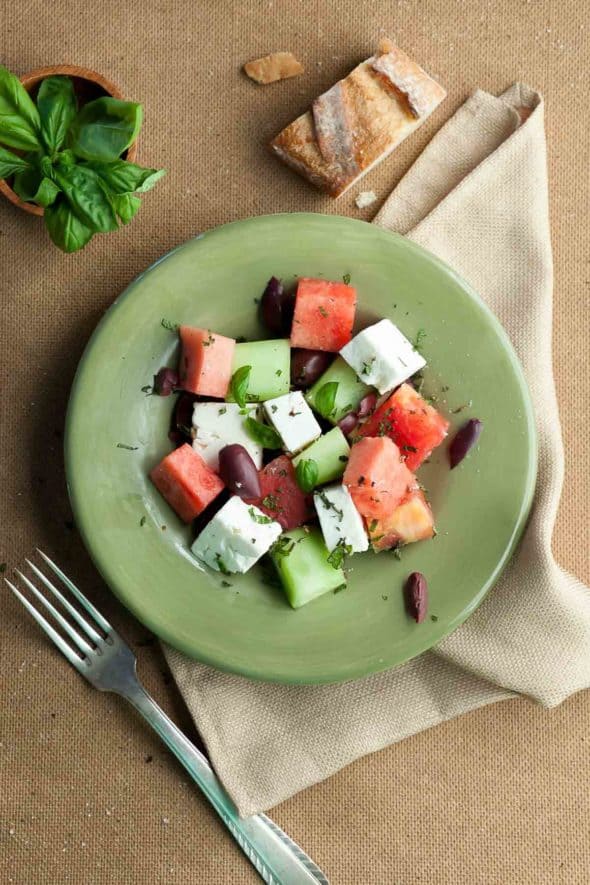 The above having been said, choosing a good watermelon does involve a fair deal of crossing one’s fingers and hoping for the best.

The salty-sweet combination of watermelon and feta is exquisite. The intervening minutes between mixing and serving is when everything happens. The watermelon turns sweeter, its flavor amplified by the salty feta and its mouth-quenching moisture complimented by a drizzle of rich balsamic vinegar.

The juicy crispness of the watermelon flesh combined with crunchy cucumbers, sweet heirloom tomatoes, salty black olives and fragrant mint and basil, has become one of my favorite ways to enjoy it.  It's reliably refreshing whether I've managed to pick a perfect melon or not.

A refreshing salad of watermelon, cucumber and heirloom tomatoes.