Take a little time in the morning to sit down to a nice warming bowl of vanilla bean chia porridge with caramelized pears. 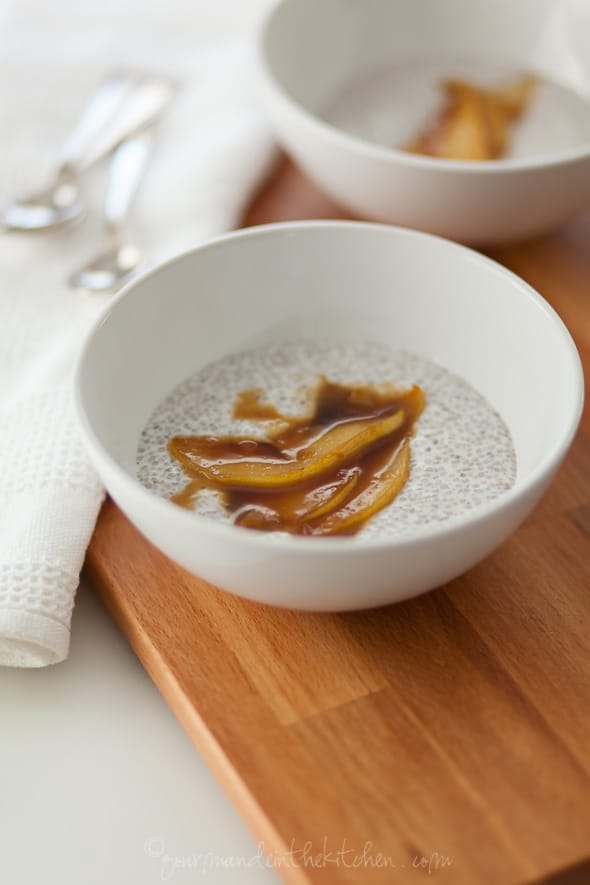 I just can’t seem to get enough of chia seeds for breakfast.  I love the creamy yet chewy texture of chia puddings and porridges not to mention how quick and simple they are to prepare.  Simply throw the seeds in the milk of your choice and let them swell overnight in the fridge for an almost instant breakfast the next morning.

During the warmer months I like mine cold straight from the fridge with a swirl of fruit puree, but when the weather gets cool I make a warm chia porridge to keep me full and fueled for the morning. 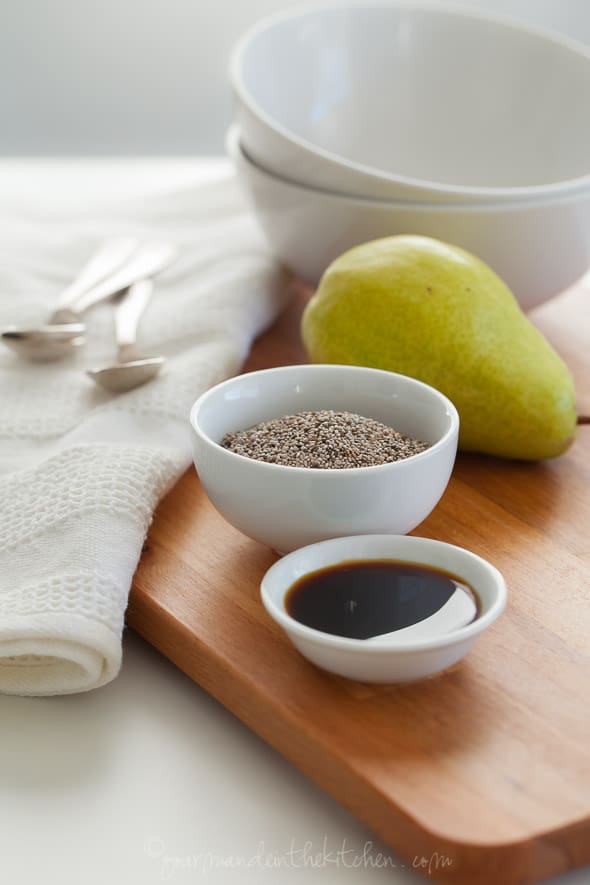 If you like a warm bowl of oatmeal for breakfast but want a grain-free option, I think this chia seed porridge will be right up your alley.  And if you’re a fan of tapioca pudding then this will be like eating dessert for breakfast!

A fragrant vanilla bean is split and scrapped right into a mixture of coconut milk and chia seeds and left to infuse overnight.  (If coconut milk is not your thing, simply swap it out for the milk of your choice.) The next morning the mix gently heats on the stove while you prepare the caramel pear topping. 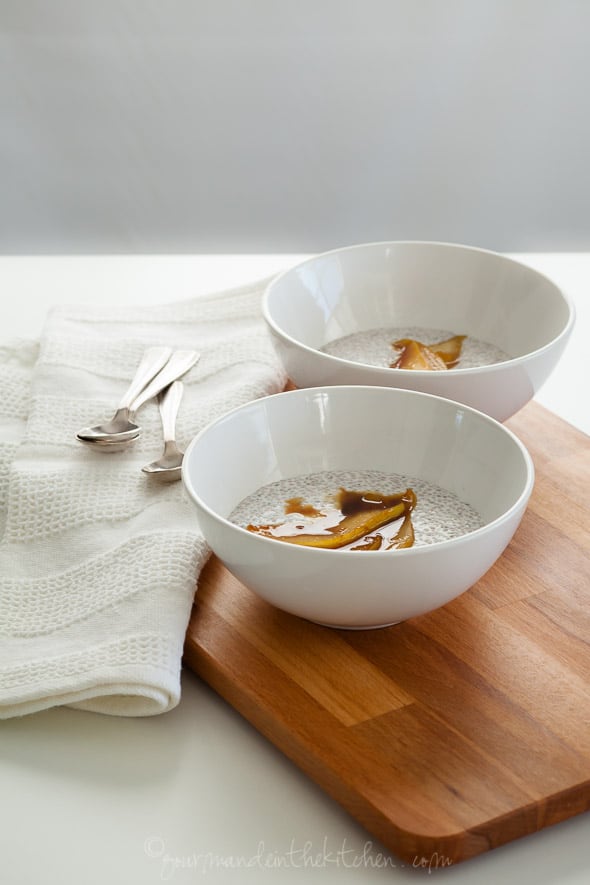 Thinly sliced pears are sautéed with butter (or coconut oil) and coconut nectar to create a quick caramel sauce that’s finished with a pinch of salt to bring out it’s complexity.  Tender and nearly transparent, the softened pears are piled onto the warmed chia porridge and topped with a generous a drizzle of the coconut caramel.  Sometimes I’ll add a sprinkle of cinnamon for extra warmth and spice, but it’s completely optional as the caramel pears stand on their own.

Creamy with enough chewy texture to keep it satisfyingly hearty this is the kind of breakfast that feels like a special treat.

A warm chia porridge topped with sauteed pears to keep you full and fueled for the morning.

For the Chia Porridge:
For the Sautéed Pears: