Homemade grain-free pita chips are topped with a chunky mix of tomatoes, olives and feta for a Mediterranean twist on nachos. 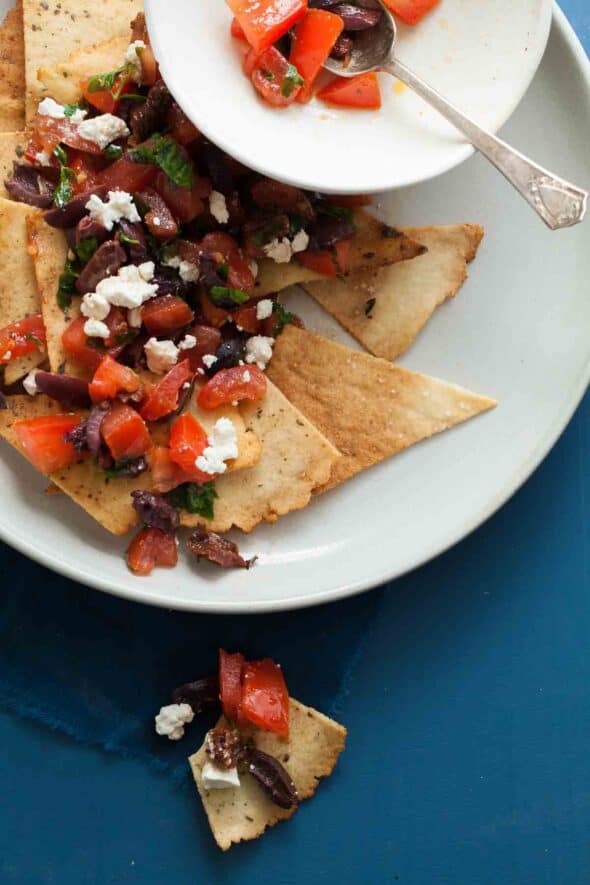 When it comes to snacking, chips are a natural candidate.  Their crispy, salty nature makes them perfect for munching on alone or for scooping up dips and toppings.  That’s why I’m pretty enamored with these grain-free pita chips.

These crunchy homemade pita chips are easy to make and can be seasoned just about any way you like so they go with pretty much anything you throw their way.  I like to serve them up nacho style with a twist. 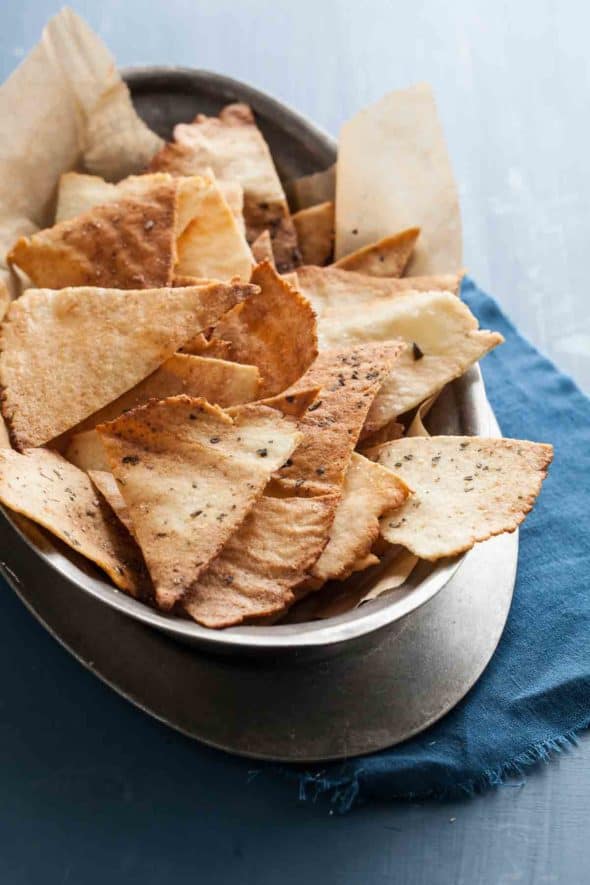 These particular nachos aren’t anything like the greasy, artificial cheese laden, party food we’ve all come to know.  This somewhat nontraditional recipe is my Mediterranean interpretation of nachos, starring some of my favorite flavors from the region.

How to make Mediterranean Nachos:

It all starts with a bed of homemade pita chips that are thin and toasty but sturdy enough to stand up to a hearty topping.  The dough is mixed by hand and rolls out quickly and easily so these are a cinch to make whenever a chip craving strikes. 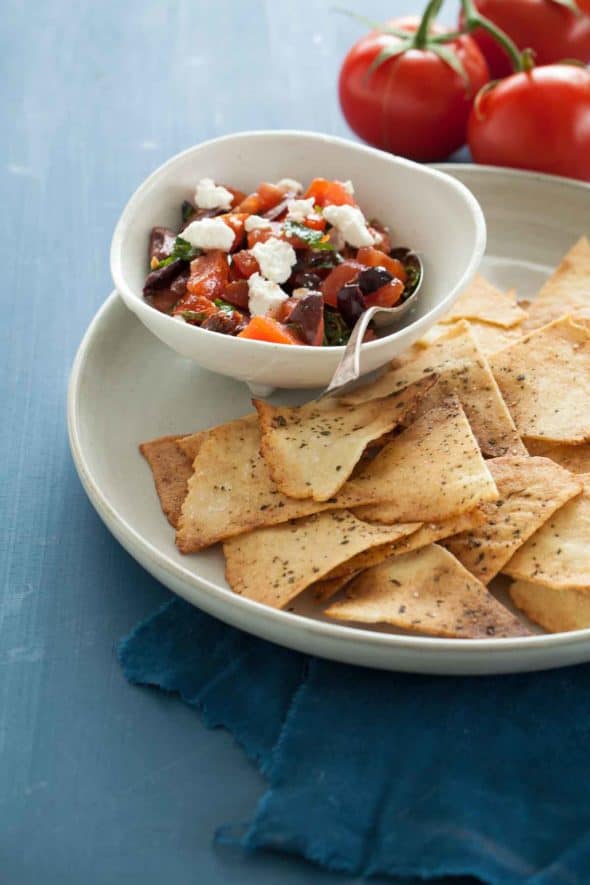 The golden pita triangles seasoned with oregano are then topped with a chunky mix of chopped tomatoes, olives, parsley and feta.  By the way, I’ve used tomatoes here because I was lucky enough to find some beautiful vine ripened tomatoes at the market but seeing as they aren’t quite yet in season a chopped up cucumber would be equally at home here.

All dressed up with lemon juice and olive oil it makes a zesty and flavorful Mediterranean topping that’s piled high onto the freshly baked pita chips.  It’s just the thing for nibbling on with family and friends before dinner or when a late night craving hits.

For the Grain-Free Pita Chips:
For the Mediterranean Topping: